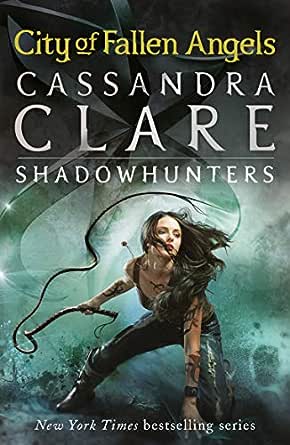 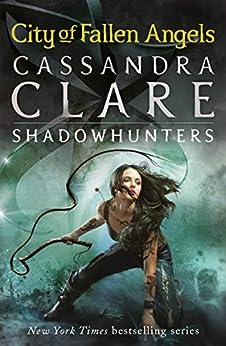 Cassandra Clare is the #1 New York Times and USA TODAY bestselling author of the Eldest Curses series, as well as the internationally bestselling Dark Artifices trilogy, Mortal Instruments series, and Infernal Devices trilogy. She is the coauthor of The Bane Chronicles with Sarah Rees Brennan and Maureen Johnson; Tales from the Shadowhunter Academy with Sarah Rees Brennan, Maureen Johnson, and Robin Wasserman; and Ghosts of the Shadow Market with Sarah Rees Brennan, Maureen Johnson, Kelly Link, and Robin Wasserman. Her books have more than 50 million copies in print worldwide and have been translated into more than thirty-five languages and made into a feature film and a TV show. Cassandra lives in western Massachusetts. Visit her at CassandraClare.com. Learn more about the world of the Shadowhunters at Shadowhunters.com. --Deze tekst verwijst naar een alternatieve kindle_edition editie.

Phe
4,0 van 5 sterren Another enjoyable, imaginative read!
12 september 2019 - Gepubliceerd op Amazon.com
Geverifieerde aankoop
In the fourth book of Clare’s MORTAL INSTRUMENTS series sixteen-year-old Clary Fray is finally training with her boyfriend, Jace, to become a Shadowhunter while learning to use her unique power. Luke and her mother are getting married, and a tenuous accord has been reached between Downworlders and Shadowhunters.

Thanks to Jace’s blood, Simon can now walk in daylight, and since Clary cut the Mark of Cain into his skin in the Hall of Accords in Idris, he can no longer be harmed. But he’s beginning to realize that although he can be friends with Shadowhunters, he can never be one of them. He’s dating two girls—Shadowhunter Isabelle Lightwood and werewolf Maia Roberts—and the more time that passes, the more awkward the idea of telling either of them about the other has become. Oh...and his mother just found out that he’s a vampire, now he’s homeless.

Meanwhile, someone is killing Shadowhunters and leaving their bodies in Downworlder territories. When Jace begins to pull away from Clary without explaining why, she’s forced to recognize that something is fundamentally wrong with him. And it turns out to be her worst nightmare, because she herself set in motion a terrible chain of events that could cause her to lose everything she loves most.

While not quite as captivating as the first three books in the series, CITY OF FALLEN ANGELS was still an enjoyable, imaginative read. Following the Mortal War, Clare looks to introduce a new evil antagonist for the Shadowhunters to battle. I liked the addition of Simon's new bandmate/roommate and look forward to Clare’s next book—CITY OF LOST SOULS.