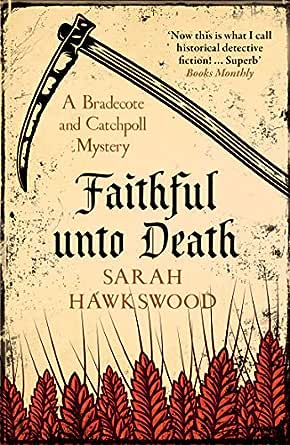 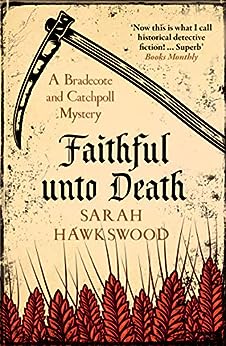 June 1144. When the naked corpse of an unknown man is discovered and the Prince of Powys’s messenger fails to reach Earl Robert of Gloucester, Bradecote, Catchpoll and Walkelin head to Wales to confirm his identity, and piece together evidence that the dead man deserved a noose rather than a dagger. Retracing his steps leads them to a manor with a sarcastic lord, a neglected wife, a bitter mother and a fevered brother, all amidst folk who do not want the truth uncovered. The lord sheriff’s men have to unravel a knot where the law and justice seem to be in opposition.

Tammarah
5,0 van 5 sterren A unique and wonderful series
9 december 2019 - Gepubliceerd op Amazon.com
Geverifieerde aankoop
I love the mystery, the characters and their relationship, as well as the authors fantastic ability to use unique and interesting words that seem appropriate to the setting and time period. There’s interesting and wonderful interaction between the characters of different class of people set in a time when class mattered. The series is set in the Middle Ages. The author has done a considerable amount of research on life in this time period.

I hope Sarah Hawkswood continues this series. If I could give it 6 stars, I would!

The mystery was sort of micromanaged and complicated in the last 10% and I gave it 4.5 for that- rounded up to 5 stars. I am now starting with book #1 of this fine series.
Meer lezen
Vertaal recensie in het Nederlands

Eric D. Rasmussen
5,0 van 5 sterren Another opportunity on a long flight
13 november 2019 - Gepubliceerd op Amazon.com
Geverifieerde aankoop
About a year ago I read an early book from this series and enjoyed it thoroughly. I remembered there were more and grabbed this one for another long flight. Great choice. The author seems an interesting mix of fun, very intelligent, and experienced in the complexities of a full life. In the course of this engaging story about murder, unhappy marriages, misplaced loyalty, and psychopaths, I learned quite a bit about manor life, early English law, and the long-standing tension between the English and the Welsh. I'm glad I remembered this series, and I'll confess that, on landing, I went to GoogleMaps to get a look at the journeys our lawmen take. This was an enjoyable mystery - complex and dramatic - and the characters are well-drawn and compelling. Strongly recommended.
Meer lezen
Vertaal recensie in het Nederlands
Ga naar Amazon.com om alle 3 recensies te bekijken 5,0 van 5 sterren
Terug naar boven
Over ons
Verkoop bij ons
We helpen je graag
© 1996-2020, Amazon.com, Inc. en dochterondernemingen