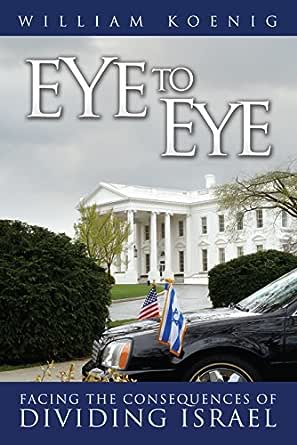 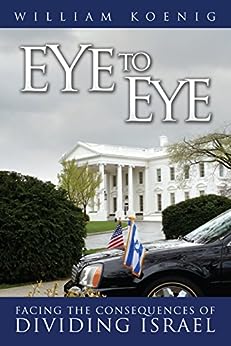 New 2017 Expanded Edition. Over one hundred billion-dollar, record-setting catastrophes and/or events occurred while US presidents George H. W. Bush, Bill Clinton, George W. Bush, Barack Obama and Donald Trump were pressuring or calling on Israel to divide their covenant land.
• The costliest insurance events, the costliest hurricanes, the largest tornado outbreaks, the "Perfect Storm," the 9/11 terror events, and Hurricane Katrina corresponded to White House pressure on Israel to divide their land.
• The US, the UN, and the EU do not have the authority to divide God s covenant land.
• Calling the Israeli-Palestinian talks "Middle East peace talks" is a false narrative.
• Jews have a three-thousand-year history with Jerusalem, and Christians have a two-thousand-year history.
• The biblical heartland of Israel - Judea, Samaria, and East Jerusalem - is not to be part of an Arab State.
• The Bible declares that Jerusalem will become a burdensome stone, and efforts to divide the city and land will lead to Armageddon, the final battle for Jerusalem.
• The God of Israel will continue to rebuke those leaders and their nations attempting to divide His land!
click to open popover

Susan B. Zale
5,0 van 5 sterren Love this book.
17 september 2017 - Gepubliceerd op Amazon.com
Geverifieerde aankoop
I love this book. It tells the whole stor. Every book I have ever read by D'Souza has been really very well written about complicated things. This man is a wonder with the English language and simplifies it and tells it the way it is. I also like hardback books that I intend to refer to often. Read this book. You will not be sorry!
Meer lezen
7 mensen vonden dit nuttig
Vertaal recensie in het Nederlands

Chris
5,0 van 5 sterren Must read for Christians
28 december 2015 - Gepubliceerd op Amazon.com
Geverifieerde aankoop
This is a slow One-dimensional book only because it shows the action and result. I would buy it again for sure. If you are a Christian and want to know why so many tragic events have happened you need to read this book. It's not a character book. This is a spiritual book. You can match this up with the word of God.
Meer lezen
14 mensen vonden dit nuttig
Vertaal recensie in het Nederlands

My only wish is that it was in Kindle format.

Amazon Customer
5,0 van 5 sterren My goodness! It is frightening to trace the evidence ...
12 januari 2015 - Gepubliceerd op Amazon.com
Geverifieerde aankoop
My goodness! It is frightening to trace the evidence from the actions the U.S. has taken or even suggested we take or Israel takes to what has happened to the U.S. within hours or days. This is truly frightening, eye-opening, and I would think a fair warning to the U.S. administrations. Our country needs to be very cautious as pertains to Israel, what we do or consider doing. I wouldn't even SAY any thing against Israel after reading Mr. Koenig's book.
Meer lezen
10 mensen vonden dit nuttig
Vertaal recensie in het Nederlands
Ga naar Amazon.com om alle 229 recensies te bekijken 4,5 van 5 sterren
Terug naar boven
Over ons
Verkoop bij ons
We helpen je graag
© 1996-2020, Amazon.com, Inc. en dochterondernemingen