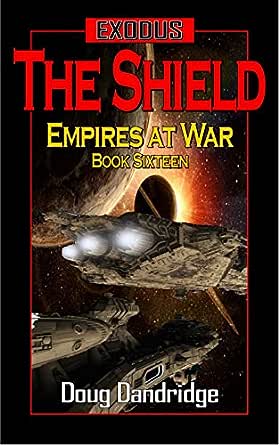 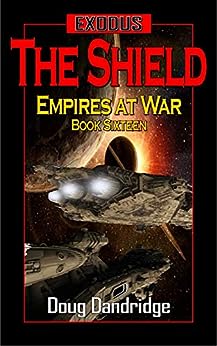 No One Said That Fighting the Cacas Would Be Easy. But They Didn't Mention It Would Be Necessary to Fight Your Own Side.

The Ca'cadasans are set to finally destroy the allied fleet on the Nation of New Earth Front. But Beata Bednarczyk will not go out easily.

Grand Fleet Admiral Bednarczyk is finally the master of her own destiny, the supreme commander of the allied fleet, though her sword has been blunted by the last campaign. Still, she has everything her Empire can give her, including some untested tech that could salvage the front. Still, she is saddled with the incompetent Klavarta Alpha Admiral Klanarat, the spacer in charge of the New Earth contingent and the man who had almost lost the front in one battle. Balancing political considerations has never been the admiral's strong suit, but with an alliance of alien races who still don't trust each other she has her work cut out for her.

Great Admiral Mrastaran Hlrata has a clear directive from his Emperor. Close with the enemy fleet and crush it. His ships are needed on the other front, but that will only happen if the enemy here is totally destroyed. Intelligent and well read, he is the best commander the Ca’cadasans can commit to the front. He had a clear plan as well, one that was changed by the immature Emperor who wants to set up a system as a trap for the enemy. Ordered to destroy a planet and its evolutionary lines, acting against his own principles, the admiral is on a timetable set by the young male who knows nothing about military matters. His life on the line, surrounded by males who would like nothing better than to see him fall, the Philosopher Admiral finds himself the one in the trap. And he will do what is necessary to protect his own sons, no matter the personal cost.

The Empire has developed a tech they believe will protect the endangered planet from the power of a nova. But only one thing in the known galaxy can produce the energy needed to power it. The Donut is going to war, projecting its own energy across thousands of light years of space. And putting the station and its wormhole producing capacity at risk. Sean has never been one to shy from taking risks, but will this decision come back to hit him in the heart? Can the Empire win this fight, or will a Caca who thinks before he acts find a way to victory, despite the interference of the Emperor who seems committed to making his every subject angry with him?

Scroll up and grab a copy today.

Lew J
5,0 van 5 sterren And the beat goes on...
21 november 2019 - Gepubliceerd op Amazon.com
Geverifieerde aankoop
This book deals with more than the second front, though it is very much the focal point. We have renewed looks at characters from early in the series that I'm sure will figure in the books to come. I didn't find the ending surprising, there were lots of clues in the story. What does do is give the author lots of choice in the direction he takes for the series.
I will not give spoilers, this is a must have book.

Leif E. Dolan
5,0 van 5 sterren Behind the Wall
13 december 2019 - Gepubliceerd op Amazon.com
Geverifieerde aankoop
A nice new story set in the Exodus universe. A good feeling of welcome !get when reading a new book from this author. I could say that I hope the war never ends, but I know that there is something new going to happen. The foes have a new and smarter leader! Any guess as to what might come next?

Steve M Jr
5,0 van 5 sterren Favorite Sci-Fi Space Opera continues
6 januari 2020 - Gepubliceerd op Amazon.com
Geverifieerde aankoop
To be clear, this is my favorite Sci-Fi Space Opera series. Heavy on good and rational space and land battles, with characters you like and an enemy that is seemingly overwhelming--albeit, at this point in the series, the tide is on our side.

If you like the Blood on the Stars series or Crimson Worlds series (Allan), the Lost Fleet (Campbell) you should give this a try. Start at book #1, and while it is seemingly impossible to overcome up front, there are small wins.
Meer lezen
Vertaal recensie in het Nederlands