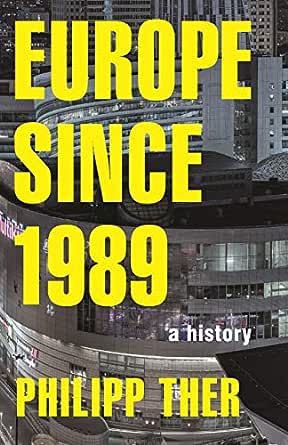 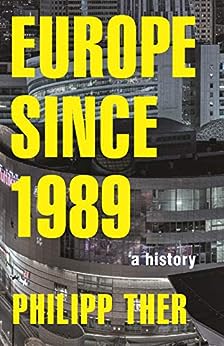 The year 1989 brought the fall of the Berlin Wall and the collapse of communism in Eastern Europe. It was also the year that the economic theories of Reagan, Thatcher, and the Chicago School achieved global dominance. And it was these neoliberal ideas that largely determined the course of the political, economic, and social changes that transformed Europe—both east and west—over the next quarter century. This award-winning book provides the first comprehensive history of post-1989 Europe.

Philipp Ther—a firsthand witness to many of the transformations, from Czechoslovakia during the Velvet Revolution to postcommunist Poland and Ukraine—offers a sweeping narrative filled with vivid details and memorable stories. He describes how liberalization, deregulation, and privatization had catastrophic effects on former Soviet Bloc countries. He refutes the idea that this economic "shock therapy" was the basis of later growth, arguing that human capital and the “transformation from below” determined economic success or failure. Most important, he shows how the capitalist West's effort to reshape Eastern Europe in its own likeness ended up reshaping Western Europe as well, in part by accelerating the pace and scope of neoliberal reforms in the West, particularly in reunified Germany. Finally, bringing the story up to the present, Ther compares events in Eastern and Southern Europe leading up to and following the 2008–9 global financial crisis.

A compelling and often-surprising account of how the new order of the New Europe was wrought from the chaotic aftermath of the Cold War, this is essential reading for understanding Europe today.

Franklin Mount
5,0 van 5 sterren A vital and insightful look at Europe since 1989
26 augustus 2018 - Gepubliceerd op Amazon.com
Geverifieerde aankoop
As opposed to the prevailing media narrative of a march of victory of the market and neoliberalism, Philipp Ther gives us a perspective on the costs of the fall of Communism in Central and Eastern Europe. He's particularly insightful concerning the income losses to older people and people living outside of the great cities of this region, such as Warsaw, Budapest, Prague, and Bratislava. He does not harbor nostalgia for Communism or make excuses for it; Ther focuses on the short-sidedness of the economic reform and how it left so much of the region's population behind. He also takes a look at the fallout of the economic of crisis of 2008, in Eastern as well as Southern Europe. Must reading.
Meer lezen
Vertaal recensie in het Nederlands

dbenn456
5,0 van 5 sterren Strong Economic material.
22 mei 2019 - Gepubliceerd op Amazon.com
Geverifieerde aankoop
This book does a good job exploring the challenges facing Europe in the period after the fall of communism. It illuminates some of the difficulties facing East and West in the light of the hopes and realities faced by the new environment.
Meer lezen
Vertaal recensie in het Nederlands

PF
5,0 van 5 sterren Highly recommended!
28 januari 2017 - Gepubliceerd op Amazon.com
This book is exactly what’s been missing from many a bookshelf of those of us invested, personally or professionally, in the subject of Europe after the fall of Communism in the so-called Other Europe. In a style that shows his erudition yet remains extremely readable, Ther offers fascinating insights on the effects of neoliberal policies imported en masse under the pretext of ‘there is no alternative’ into the post-communist countries from the West. While Poland, Hungry, or, say, the Czech Republic have seen a huge increase in their citizens’s standard of living, which is obvious to anyone visiting their capitals or major cities, Ther reminds us that many of them also suffered a great deal thanks to the “shock therapies” carried out by native and foreign-born acolytes of Thatcherism and Reaganism. While he doesn’t make the point of separating explicitly the people and their countries into winners and losers of the post-1989 changes, which would’ve been a mistake, Ther does highlight the fact that the negative effects of the policies linger on, which in turn helps to explain the rise of populism and anti-immigrant sentiment across Europe and the U.S. today. It is to Ther’s credit that he peppers his study with personal anecdotes, since historical events and economic policies do not occur in a vacuum, where they can be reduced to a few dates and statistics, but rather have very human consequences that affect us all.
Meer lezen
2 mensen vonden dit nuttig
Vertaal recensie in het Nederlands

R Dunbar
4,0 van 5 sterren Neoliberalism and if it works.
7 juni 2017 - Gepubliceerd op Amazon.com
Checked this out of the library in 2017. A rather dry mostly economic history. You get a little bit about the writers personal history that's OK. And the history of important people at the time, but it's information you could find anywhere else. And you better learn about Neoliberalism because you will hear it over and over again. As some one who grew up at that time I was hoping for more inside information and not why Poland had faster economic growth than the Czech Republic. If you like charts and economics this is the book for you.
Meer lezen
2 mensen vonden dit nuttig
Vertaal recensie in het Nederlands
Ga naar Amazon.com om alle 5 recensies te bekijken 4,8 van 5 sterren
Terug naar boven
Over ons
Verkoop bij ons
We helpen je graag
© 1996-2020, Amazon.com, Inc. en dochterondernemingen