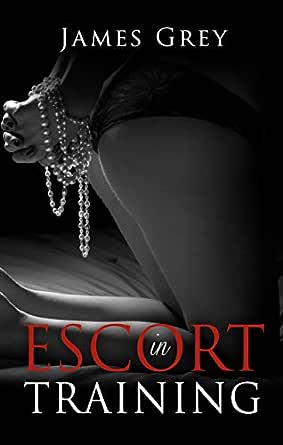 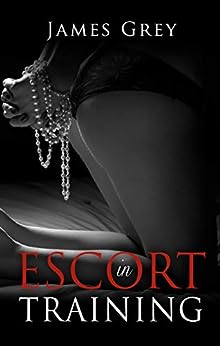 Emma Carling works a stupid, stressful office job in London. She can't stand her mean cow of a boss. Sex? The slender brunette may be stunning, but for the last couple of years she’s just been trying to survive! And she doesn’t do one-night stands. Well, not often. Kink? Certainly nothing she'd trouble to mention. Experimenting with women - never! She’s from a decent family after all. She’s a good girl.

Then comes a life-changing moment. She tells her manager where to go and storms out of her job. Is it a huge mistake? As the dust settles and the realities of unemployment hit home, she’s full of doubt. Then a seriously wealthy friend of a friend hints that she’d make huge cash as a 'premium escort'. At first Emma is offended. Then she laughs it off. She’s so not that kind of girl.

But she can't help wondering what it’s like to be so wanted. Especially by the wealthy and the powerful. And when the rich Charles offers to pay for her to attend a secret, exclusive school in the English countryside for budding escorts, she finds herself saying 'yes'.

Can Emma shake off the shackles of her conservative upbringing? What will she be asked to do at this unusual school? Will she get on with the select group of fellow trainees? Will she fall for the staff? The other girls? What happens if she transgresses? Can she live with her feisty peers…and can she live with herself?

Escort in Training has been a consistent erotica best-seller ever since its publication in 2015. It's the gateway to the Emma series, the entirety of which James Grey writes from a female point of view.

"We do come across some male authors who also know exactly what women want. Grey has found that niche in this heavily crowded market." - Amazon review by Shirley

"You might just learn something!" - Amazon review by CK

"This is the first book I've read by James Grey and gracious almighty it was HOT!" - Amazon review by Angie Tucker

MOLLIE
5,0 van 5 sterren Hot!
1 mei 2016
Indeling: Kindle-editieGeverifieerde aankoop
Reading this book makes you want to go to this school!
What a great book, just loved it.
The book is hot, steamy and sexy!
Can't wait to read the next book. I'm a big fan!

CK
4,0 van 5 sterren You might just learn something…
1 augustus 2019 - Gepubliceerd op Amazon.com
Indeling: Kindle-editieGeverifieerde aankoop
This Erotica deals with some fairly intense situations & shouldn’t be read by those under the age of consent, have issues surrounding Kink, are easily shocked by arguably misogynistic scenarios, or those who don’t do homoerotic kink.

This full length novel is written in a white English middle class young woman’s voice, but the author behind it is a white man.
There were times while I was reading it that this was quite obvious to me, but others may not see it that way.

I had serious issues with the relationship between the protagonist, Emma, & the main antagonist, Petra.
Petra is Bulgarian (English isn’t her first language), barely 18, & an experienced prostitute. When Emma meets Petra, they’re alone but for a guy who is supposed to take them where they’re going. Emma is nervous, that’s explicit.
What’s not considered is that Petra is likely facing much more intense nerves. She hasn’t come across the country for this training. She’s come across the continent. There’s a lot riding on this. May I remind you *English isn’t Petra’s first language*. It’s totally understandable that Petra would be Curt, & would be distracting herself.
What isn’t understandable, or acceptable to me, is Emma’s instant leap to “bitch”.
The tension between Emma & Petra is the main interpersonal contention in the book, & I don’t agree with it in the slightest. I don’t like how the tension builds, I don’t like how Emma judges Petra far more harshly than can possibly be justified, & I strongly disagree with the way the tension is “resolved”.

Be more thoughtful & deliberate in your antagonists, Mr Grey. Anyone might think there was some unresolved tension between yourself & Eastern Europeans.

There is the issue of line edits. This is a self-published work, so the author themselves did the legwork. There’s no editor they had to report to, no team of line editors to find every little slip up (beacon call, anyone?).
That said, the issues were mostly small syntax errors that are difficult to pick up if you’re not a slow reading weirdo like me!

Now, down to the Truly Important stuff!

Would I recommend this to others? Hell yes. I have Several friends just as Kinky as I am who would appreciate this! I would make them aware of my concerns before letting them loose, though.

Would I re-read this? You know, I’d definitely read an overhauled version.

Was it Queer? Ish? In the kind of way that straight men eroticise homosexual acts. Women are taught to get it on with other women, many of the women are openly Bisexual, & there’s some sweet romance between women. There’s this weird disconnect between the women & men though. All the men are presumed to be overwhelmingly straight - as in, “it’s not gay to have my gear out because there’s women here” & “the closest my dick gets to another dick is through the flesh of a woman” levels of overwhelming. Everyone was Cisgender, there was no discussion of non binary or trans people, but it was also written in 2014.

Was it Colourful? Yes! Explicitly!! There’s a woman who is half Omani, half Irish - & they discuss her upbringing in Oman, discuss her faith, discuss her differences! Pretty darn good! There’s also explicitly a Singaporean woman. Apart from that, there’s a white American, three white English, one white Dutch, two Bulgarian, one white Irish, and an Australian.
You’ll note that only two characters aren’t white. You’ll note (as you read) that only two characters aren’t fluent English speakers - the Bulgarian women. The men are all described vaguely, with an assumption we’ll read them all as White.

Was it worth my time? This one is harder. There are definitely ways to improve this story. Without those improvements, this book leaves an odd feeling in my gut. It would be such a good diversion, this book, but there are just a couple of things, & they really do niggle at me.

BlueEyes
5,0 van 5 sterren "I'm going to enjoy myself, but in a way that coincides with pleasing the man."
1 mei 2016 - Gepubliceerd op Amazon.com
Geverifieerde aankoop
This book was an excellent read. I just love the way James Grey writes his stories, his english language and his artistic way of describing the beautiful woman and sexy men. I had wanted to read this book for a while now, but when I heard he had the Book 2 being published, I raced through this one to be caught up for Emma's new experiences as an Escort.

"Add in the dash of intense passion I'm feeling, the drunkenness I'm drawing from this beguiling drink, and I seem to have a woman close to the edge. Two woman, actually."

"It's pure and beautiful discovery as we keep on kissing and roamnig our hands over each other's bodies. I sense-I know- neither of us wants this kiss to end. And neither of us can stop ourselves taking in every inch of skin we can reach while standing pressed together."

"A lady does not ask too many questions. She should relax and let herself be taken care of."

Miss Kristine
5,0 van 5 sterren I think I need new panties.
17 februari 2018 - Gepubliceerd op Amazon.com
Indeling: Kindle-editieGeverifieerde aankoop
Weeew.... this is one steamy surprise. I had absolutely know idea what I would be read when I grabbed this book. It’s the first by James Grey that i have read and it will absolutely not be the last either. Simply love his way of writing and the characters have some nice punch to them and the sex is hot, hot, hot and leaves you soooo jealous and actually considering jumping into the business oneself. The whole thing about a school training escorts-to-be is damn sexy.
And yes I know this isn’t a glamorous business and all that, in the real world and I don’t condone a lot of the things being done there, but I like the take in this book and that it changes the perspective and focus on the fun and enjoyment of the whole act.

And the rivalry is epic and leaves you wondering what will happen at the end and actually the end surprised me.

I will so much be needing to grab the next one, because I need to know what happens next.
Meer lezen
Vertaal recensie in het Nederlands

I finished this book, but it was a struggle. I normally love a book written by a man with a man's perspective, but this one just didn't grab my full attention. This book seemed to move very slowly. I have read other books like this one and enjoyed them a great deal. I understood going into this book that this would be a self-awareness type of book, but I just couldn't get into this character. The story itself didn't seem to flow very smoothly, either. There were a couple of times where the author said something earlier in the scene, but wrote the opposite later in the scene, as well as, changing the number of encounters with an instructor.
Meer lezen
4 mensen vonden dit nuttig
Vertaal recensie in het Nederlands

DRS
5,0 van 5 sterren Wonderful Romp
25 december 2019 - Gepubliceerd op Amazon.com
Indeling: Kindle-editieGeverifieerde aankoop
An interesting take on a young woman who is unsure of what career path to take while having dreams of an adventurous life. Week one was full of sexy, diverse romps while week two seems to be an afterthought. I am disappointed that there wasn't more interaction between Emma and Petra. Wished the some of the encounters were longer, ruanchier especially in week two and in the shower. What's with the ludicrous idea that Emma's agency's clientele is only very rich single men. Is it to ease the author or readers from the moral dilemma of having married clients?
Meer lezen
Vertaal recensie in het Nederlands
Ga naar Amazon.com om alle 107 recensies te bekijken 4,6 van 5 sterren
Terug naar boven
Over ons
Verkoop bij ons
We helpen je graag
© 1996-2020, Amazon.com, Inc. en dochterondernemingen