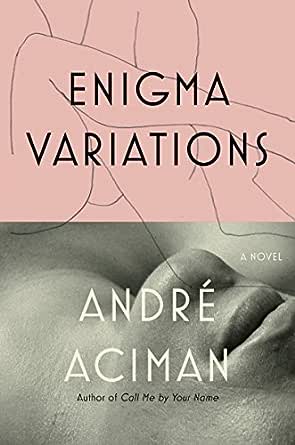 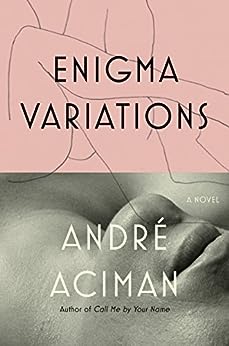 From André Aciman, the author of Call Me by Your Name (now a major motion picture and the winner of the Oscar™ for Best Adapted Screenplay) comes “a sensory masterclass, absorbing, intelligent, unforgettable” (Times Literary Supplement).

André Aciman, hailed as a writer of “fiction at its most supremely interesting” (The New York Review of Books), has written a novel that charts the life of a man named Paul, whose loves remain as consuming and as covetous throughout his adulthood as they were in his adolescence. Whether the setting is southern Italy, where as a boy he has a crush on his parents’ cabinetmaker, or a snowbound campus in New England, where his enduring passion for a girl he’ll meet again and again over the years is punctuated by anonymous encounters with men; whether he’s on a tennis court in Central Park, or on a New York sidewalk in early spring, his attachments are ungraspable, transient, and forever underwritten by raw desire—not for just one person’s body but, inevitably, for someone else’s as well.

In Enigma Variations, Aciman maps the most inscrutable corners of passion, proving to be an unsparing reader of the human psyche and a master stylist. With language at once lyrical, bare-knuckled, and unabashedly candid, he casts a sensuous, shimmering light over each facet of desire to probe how we ache, want, and waver, and ultimately how we sometimes falter and let go of those who may want to offer only what we crave from them. Ahead of every step Paul takes, his hopes, denials, fears, and regrets are always ready to lay their traps. Yet the dream of love lingers. We may not always know what we want. We may remain enigmas to ourselves and to others. But sooner or later we discover who we’ve always known we were.

Foster Corbin
5,0 van 5 sterren "In the end. . . I'd grown to love serving two masters."
28 februari 2017 - Gepubliceerd op Amazon.com
Geverifieerde aankoop
If there ever was a book with an appropriate title, ENIGMA VARIATIONS, the latest novel by Andre Aciman, has to be one. The narrator Paul is quite the puzzle since he over a period of many years cannot make up his mind as to whose bed, male’s or female’s, he wants to put his shoes under. He also is the only bisexual narrator I have ever encountered. (As I read this most absorbing and beautifully-written novel, I remembered all the jokes I had heard over the years in the gay community about the scarcity of such an individual.)

The book is made up of six sections loosely connected-- or variations. Some of them work better than others. The first section “First Love” set in Italy is in a word, perfect. Consisting of 79 pages, it could stand alone as a first-rate novella and is quite simply the best part of the novel. You immediately want to reread it to enjoy again passages like this one, just one of many: “What surprised me was his hands. They were neither calloused nor marred by the products of his trade. The hands of a musician. I wanted to touch them. . . I wanted to place my palms under the care of each of his.” The narrator Paul grows up and eventually lives in New York among other intellectuals. They have read ETHAN FROME and translated Orwell’s ANIMAL FARM into classical Greek. They listen to Shostakovich. They attend lavish dinner parties. They fall in and out of love—or so it seems.

What makes this novel required reading is not so much the plot—although Mr. Aciman is a master of surprise endings—but his beautiful language and his ability to convey such a sense of longing, nostalgia, opportunities lost, the difficulties—impossibility sometimes—of finding love. Paul’s beloved father—enigmatic as well—apparently the apple doesn’t fall far from the tree—tells him that we only love once in our lives, “sometimes too early, sometimes too late.” Later in the novel the narrator muses that his father would have said that “diffidence is love, fear itself is love, even the scorn you feel is love.” Finally Paul says that the “leanest proof of love” is the “hope, the belief, the conviction” that the person you are in love with knows more about you than you do.

In a particularly poignant passage, an older man speaks from his heart to the narrator about life after he is gone and time past as he stands on his porch one night looking at freshly-fallen snow: “’I’m looking at all this and I’m thinking that one day I won’t be here to see it and I know I’ll miss it, even if I won’t have a heartbeat to miss anything. I miss it now for the days when, the way I miss places I’ve never traveled to or things I’ve never done.’. . . He lived in a future that wouldn’t be his to live in and longed for a past that hadn’t been his either. There was no turning back and no going forward.”

There is passage after passage like these in this novel that will thrill you over and over.

ethan seegard
5,0 van 5 sterren First Love, the first 79 pages, Is a Masterpiece, Should've Been Published as a Novella
15 januari 2017 - Gepubliceerd op Amazon.com
Geverifieerde aankoop
I've long admired Mr. Aciman's novels. Enigma Variations is quite a fine, engrossing novel. I've read the whole book, but I feel that Aciman had a classic novella on his hands. If he had published the first part of the novel, First Love, by itself, it would have been hailed as a masterpiece. It's a perfect coming of age story, that and much more. Aciman possesses the Proustian touch, and he invites us into Pauly's life, and we live vicariously his life while remembering our own youth. There is so much about growing up that is archetypal, so much we all can identify with, like our own First Loves. Aciman also reminds me of Turgenev, his prose similar to Fathers and Sons, simple and wise, a short novel that I also consider a masterpiece. I will recommend Enigma Variations to all my friends and family, but I feel if one reads only First Love, one will experience a deep, profound and insightful coming of age story.
Meer lezen
49 mensen vonden dit nuttig
Vertaal recensie in het Nederlands

stephen
1,0 van 5 sterren I hated this book!
17 mei 2018 - Gepubliceerd op Amazon.com
Geverifieerde aankoop
I was so disappointed with this book. There is no doubting Aciman's talent as a writer and the first section of the book, when Paul is 12, is both fascinating and a compelling read . . . until we get to the end of the section and realise it's all in the past and this great passion of his young life no longer means anything at all. He's on to the next , , , , and then the next . . . and then the next . . with never a thought for the emotional havoc he is causing in his other relationships. There is never a moment of doubt - he obsesses over his latest "love" in incessant and intricate detail until one is fairly nauseated with it all and then, when he has obtained the other person's love we hear no more! Manfred - whom he stalks relentlessly for we don't know how long - eventually reciprocates and, when he does, it's the end of the section and, pages later, we learn, almost accidentally, that, yes!, they are living together now, but he has already set his sights on an old student flame of his who is now apparently the one and only. And so it goes on. By this time I was flipping through page after page of the same kind of stuff: unending clandestine visits to cafes and restaurants where he is forever deluding himself that he is communicating at the deepest level with his latest fling. The final page, when it eventually comes, is also the final straw. I nearly threw my kindle across the room. Paul has to be one of the most self-obsessed and unpleasant characters who has ever been the "hero" of any book. I will approach any other novels by Mr. Aciman with the utmost caution.
Meer lezen
15 mensen vonden dit nuttig
Vertaal recensie in het Nederlands