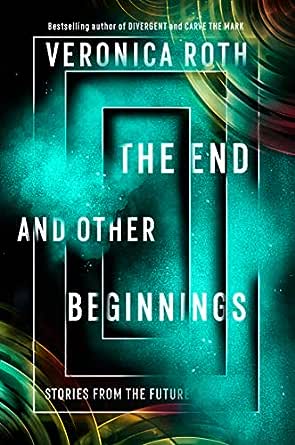 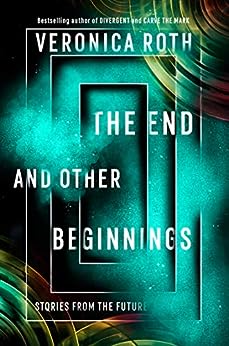 The End and Other Beginnings: Stories from the Future (English Edition) Kindle-editie

Praise for The Fates Divide "The expansive world Roth introduced in the series opener gets even bigger in this sequel, with a bevy of additional characters, deepened secrets, and complex interplanetary politics."--Booklist Online

Praise for Carve the Mark "Roth skillfully weaves the careful world-building and intricate web of characters that distinguished Divergent, with settings that are rich with color, ripe for a cinematographer. Readers will be anxiously awaiting the sequel."--Voice of Youth Advocates (VOYA) (starred review)

"Roth offers a richly imagined, often-brutal world of political intrigue and adventure, with a slow-burning romance at its core."--Booklist

"If you enjoyed Carve the Mark and this intricate world that Veronica Roth created, you'll definitely be a fan of The Fates Divide. This sequel...[gives] the reader a closer look while also setting parts of what we thought we knew about the world and the characters aflame."--Hypable

"The Fates Divide features themes like hope and resilience and is told from four perspectives, as the lives of its two heroes are ruled by their fates spoken by the oracles at their births. Of course, a little romance gets in the way as well."--Entertainment Weekly

"Roth's worldbuilding is commendable; each nation is distinct, interacting with the current in ways that give insight into her characters' motivations. Roth thoughtfully addresses substantial issues, such as the power of self-determination in the face of fate."--Publishers Weekly

"In these stories, Roth invokes romance, action, family, revenge, and loss. They serve as an introduction to Roth's work and a showcase of her versatility, though existing fans will get the most out of these offerings."--Publishers Weekly

From the best-selling author of Divergent and Carve the Mark comes a stunning collection of futuristic short stories. Illustrated throughout with striking black-and-white illustrations.

Within this masterful collection, NO WORLD IS LIKE THE OTHER.

Full of friendship and revenge, each story and setting is more strange and wonderful than the last, brimming with new technologies and beings. And yet, in these futuristic lands, the people must still confront deeply human emotions and dilemmas.

Veronica Roth reaches into the unknown and immerses readers into six short stories that feel startlingly familiar and profoundly beautiful.

With two new stories from the Carve the Mark universe, this collection has something for everyone.

Jeremy Howard
5,0 van 5 sterren Veronica Roth does it again
18 oktober 2019 - Gepubliceerd op Amazon.com
Geverifieerde aankoop
I had already purchased the book, but if I really like a book then I enjoy getting the audiobook to listen to as well. The series of short stories are truly delightful. Each one of these six stories has a different feel and experience from beginning to end. Emily Rankin and MacLeod Andrews are absolutely stunning in their performances and enhance the brilliance within each page. I am smitten with Veronica's works and they always seem to find just the right person to read them. The cover art is beautiful and the illustrations in the hardcover book are gorgeous. Definitely worth getting this one, in my personal opinion, but everyone is different so I always recommend to try it for yourself and see.
Meer lezen
Een iemand vond dit nuttig
Vertaal recensie in het Nederlands

L.Seay
1,0 van 5 sterren A book of short stories that have nothing to do with each other
23 oktober 2019 - Gepubliceerd op Amazon.com
Geverifieerde aankoop
Apparently, I don't like short stories. The stories didn't provide enough time for character development, so I found myself wanting more when each seemed to come to an abrupt end. None of the stories had anything to do with the others. By the time you began to get an understanding of that particular dystopia, it was ending and moving on to the next. I purchased the book blindly, due to liking other books from this author. Next time, I will take time to read the reviews.
Meer lezen
Een iemand vond dit nuttig
Vertaal recensie in het Nederlands

Travis Hayden
3,0 van 5 sterren Interesting Premises
25 oktober 2019 - Gepubliceerd op Amazon.com
Geverifieerde aankoop
This collection of stories from the future was meh. After the first story Inertia, which really resonated with me, the rest just left me feeling nothing. Some of the premises were nice but once again I just don't feel like short stories are for me. I love stories on a much grander scale. After reading some of these I wanted more. Oh well, what can you do about it.
Meer lezen
Vertaal recensie in het Nederlands

Reazor
1,0 van 5 sterren Lots of rehash from prior books/collaberations
27 januari 2020 - Gepubliceerd op Amazon.com
Geverifieerde aankoop
I really enjoy the writings of this author so it was quite a let down when several of the stories from this book came from either other books shes written or from previous collaberations with other authors. I expected an entirely new written book. I hope in her next book(s) she will start from scratch and not re-hash anything she's already done. I will wait and buy it used the next time she comes out with something to be certain.
Meer lezen
Vertaal recensie in het Nederlands