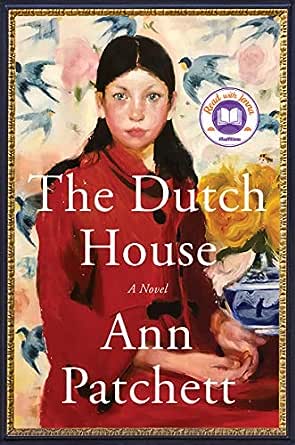 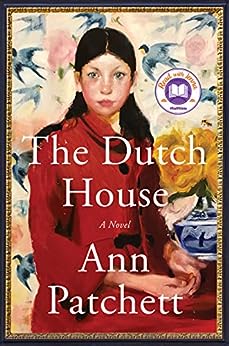 "Patchett is at her subtle yet shining finest in this gloriously incisive, often droll, quietly suspenseful drama of family, ambition, and home. . . . With echoes of F. Scott Fitzgerald and in sync with Alice McDermott, Patchett gracefully choreographs surprising revelations and reunions as her characters struggle with the need to be one's true self."--Booklist

"As always, the author draws us close to her protagonists swiftly and gracefully."--Wall Street Journal

"The Dutch House has the richness, allusiveness, and emotional heft of the best fiction."--Boston Globe

"Patchett's splendid novel is a thoughtful, compassionate exploration of obsession and forgiveness, what people acquire, keep, lose or give away, and what they leave behind."--Publishers Weekly(starred review)

"You won't want to put down this engrossing, warmhearted book even after you've read the last page."--NPR

"The Dutch House is unusual, thoughtful and oddly exciting, as well-told domestic dramas can be."--Columbus Dispatch

From the New York Times bestselling author of Commonwealth and State of Wonder, comes Ann Patchett’s most powerful novel to date: a richly moving story that explores the indelible bond between two siblings, the house of their childhood, and a past that will not let them go. The Dutch House is the story of a paradise lost, a tour de force that digs deeply into questions of inheritance, love and forgiveness, of how we want to see ourselves and of who we really are.

At the end of the Second World War, Cyril Conroy combines luck and a single canny investment to begin an enormous real estate empire, propelling his family from poverty to enormous wealth. His first order of business is to buy the Dutch House, a lavish estate in the suburbs outside of Philadelphia. Meant as a surprise for his wife, the house sets in motion the undoing of everyone he loves.

The story is told by Cyril’s son Danny, as he and his older sister, the brilliantly acerbic and self-assured Maeve, are exiled from the house where they grew up by their stepmother. The two wealthy siblings are thrown back into the poverty their parents had escaped from and find that all they have to count on is one another. It is this unshakeable bond between them that both saves their lives and thwarts their futures.

Set over the course of five decades, The Dutch House is a dark fairy tale about two smart people who cannot overcome their past. Despite every outward sign of success, Danny and Maeve are only truly comfortable when they’re together. Throughout their lives they return to the well-worn story of what they’ve lost with humor and rage. But when at last they’re forced to confront the people who left them behind, the relationship between an indulged brother and his ever-protective sister is finally tested.

Mary Lins
5,0 van 5 sterren My New Patchett Favorite!
24 september 2019 - Gepubliceerd op Amazon.com
I read Ann Patchett’s “Patron Saint of Liars”, when it came out almost 30 years ago and loved it so much that I wrote Ms. Patchett a letter praising it, and she wrote me a lovely note back; I became a fan for life, reading every one of her marvelous (and unique!) novels. So yes, I was primed to love “The Dutch House”, and I did! Not just because it’s my habit to rave about Patchett’s novels, but because it’s GREAT; it’s my new favorite!

“The Dutch House”, (itself as much a character as any of the humans in the novel) is in a suburb of Philadelphia. Just after WWII, Cyril Conroy buys the palatial mansion – fully and sumptuously furnished – for his wife Elna and it is where Danny and Maeve Conroy grew up. Danny is our first-person narrator and he and Maeve are a modern day Hansel and Gretel, complete with abandonment, banishment, and a wicked step-mother. They even have three Fairy Godmothers: Fluffy, Sandy, and Jocelyn.

“The Dutch House” is the story of a “modern family”, as this was the era when families started to become fractured and step-parents and step-siblings became more prevalent. Some of these themes Patchett explored beautifully in “Commonwealth”, and she knows whereof she speaks because she’s written essays about her own large, extended, loosely-related-by-a-string, family.

I was absorbed from page one, and I hated to turn the last page. What makes Patchett so accessible and relevant is her beautiful writing, her wit, and the fascinating stories she spins out of every-day life.

joan white
1,0 van 5 sterren Ludicrous, a complete waste of time
28 september 2019 - Gepubliceerd op Amazon.com
Geverifieerde aankoop
Although the author writes well and the characters are engaging, the plot is ridiculous. After finishing the book, I felt like I had overindulged in an all-you-can eat buffet, full of empty calories. The best novels either make you see life in a different way or at least encourage you to examine important questions. This, on the other hand, is pure tripe.
Meer lezen
212 mensen vonden dit nuttig
Vertaal recensie in het Nederlands

PJMA
2,0 van 5 sterren The Dutch House
26 september 2019 - Gepubliceerd op Amazon.com
Very disappointing. I have admired the works of Ann Patchett but this one misses the mark. Sorry to say but this book was senseless.

We are supposed to believe that the mother, who abandoned her family when her kids were small, to travel the world to aid the poor. Years later she is "found" by a former nanny and returns to her "family" who embrace her unreservedly, in fact consider her a saint. Really? A saint?

The beginning of the book held much promise. But the last 100 pages were unbelievable. Everybody gets together and "love" one another because of the mother's return! "Happy endings" are sprinkled throughout.

We are supposed to believe that the mother "hated" the house her husband bought and surprised her with: enough hate that drove her away from her children who were then forced to live without her. What I viewed as "selfish" was judged by the author as "love".

She is "found" after 40 years and is welcomed by the most of the family and staff as if her decision was "saintly". Also "forgiven" was the nanny who had an affair with the father. None of the storyline was credible.

Sorry to only award 2 stars for this novel. I was hoping for a better and more believable narrative but it failed.
Meer lezen
171 mensen vonden dit nuttig
Vertaal recensie in het Nederlands

Virginia B
5,0 van 5 sterren excellent novel
26 september 2019 - Gepubliceerd op Amazon.com
Geverifieerde aankoop
I am a huge fan of Ann Patchett, both her novels and her less appreciated non-fiction. For me, her last novel - Commonwealth - was disappointing. The Dutch House is a return to her usual form, a compelling and sensitive book. Highly recommended.
Meer lezen
151 mensen vonden dit nuttig
Vertaal recensie in het Nederlands

carilynp
5,0 van 5 sterren The second Mrs. de Winter of Manderley has nothing on the mistress of the Dutch house.
1 oktober 2019 - Gepubliceerd op Amazon.com
Geverifieerde aankoop
Reminiscent of some of our favorite siblings in great literature such as Phoebe and Holden, Franny and Zooey, and Jem and Scout, sister and brother Maeve and Danny, in Ann Patchett’s latest novel THE DUTCH HOUSE are inseparable, protective of each other, as circumstances require, and caught in the crossfire of their own unique tragedies. From the start of the book, Maeve and Danny grab your heart. Young children who live in a house that looks that on the outside is the stuff of fairy tales but on the inside, it is far from it. Unless you count some characters like those in Cinderella. Their successful, stern father has not an ounce of sensitivity nor does he seem to have the warmth that children crave and need. Their mother is quite the opposite, but she has her own issues. She is soon to abandon young Maeve and Danny (this is not a spoiler). All that seems to be stable is this gorgeous Dutch house, overly grand, yet comforting in its own way.

I was so deeply moved by this book. A bond so tight between a sister and brother. Their memories are bounded by the house in which they live and the portraits on the walls from the previous owners add more than décor, they are a symbol of the past. I admire their connection to something ever so elusive and their ability to care for one another despite their lack of parental compassion as a guide. I eagerly anticipated the dialogue between Maeve and Danny at every stage, as life moves them along. While there is looming heartache in their lives, they are survivors, and Patchett creates a language between them that keeps you captivated throughout. And, it is not without humor. I’m talking smirking as you read, wicked at times, of the must underline variety.

Houses have been an integral part of literature for years and THE DUTCH HOUSE is no exception. It makes you feel like you are, not necessarily an invited guest, but a privileged fly on the wall to this gracious residence steeped with secrets that you will long to learn. The second Mrs. de Winter of Manderley has nothing on the mistress of the Dutch house.

I was left wondering, with each chapter, how she came up with this story. I am in awe with how each character is connected, where they were going, and what would become of them. THE DUTCH HOUSE is most definitely my number one of Ms. Patchett's books.
Meer lezen
122 mensen vonden dit nuttig
Vertaal recensie in het Nederlands
Ga naar Amazon.com om alle 1.024 recensies te bekijken 4,3 van 5 sterren
Terug naar boven
Over ons
Verkoop bij ons
We helpen je graag
© 1996-2020, Amazon.com, Inc. en dochterondernemingen