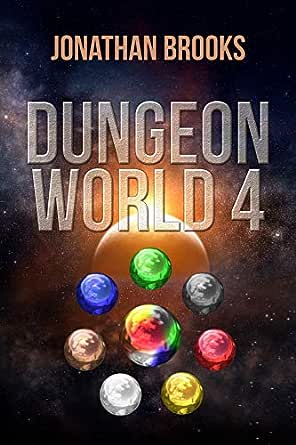 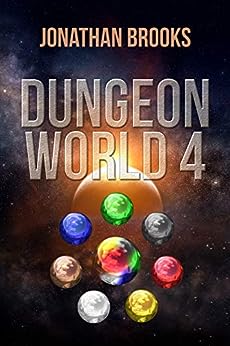 In search for the townspeople of Gatecross and his Core Power Guild, Fred and his friends wind up in the city of Allroads – where they find more than they bargained for. After successfully breaking them all out of prison using his special abilities and creating a small dungeon underneath the city, his activity unfortunately gained the attention of the elemental Dungeon Core factions surrounding the large valley where the city was located.

That’s because the city of Allroads was occupying the middle of what the Cores called a Convergence, an area of intense elemental concentration that produced an extraordinary amount of ambient Mana; those Convergences are protected and off-limits for any dungeons to possess, which was one of the reasons Fred gained the ire of the nearby Cores.

Or, it could be because he destroyed three of their own…

Regardless of the reason, Allroads is under siege, and Fred has to help defend the city from all seven of the elemental factions pressing against his territory border, prepare for potential invaders to his dungeon with the help of his Shards, and potentially figure out a way to save both species (Humans and Dungeon Cores) from extinction.

Contains LitRPG/GameLit elements such as statistics and leveling. No harems and no profanity.

Daniel F Parham Jr
5,0 van 5 sterren Nice continuation
21 december 2019 - Gepubliceerd op Amazon.com
Geverifieerde aankoop
Another installment for this dualborn/curseborn' s journey to save his faction and continue his survival and another enjoyable read. I am not as technically sound on the mechanics many may be looking for when reading a dungeon based book, but for purely an enjoyable experience of "seeing" another world, this was a very good effort by the author. Very much looking forward to what further will happen with Fred, hoping somehow he makes use of the convergence.... a pity that although he sitting right in the middle of them he cannot utilize, although his shards do. Hopefully, will also get a bit more ingenuity and further improvised abilities from Fred; ie, uses of for the implosion cores he's created. Maybe those are whole other special battery core types, definitely interested in finding out. Looking forward to another book or two, just as long as they are as lengthy, engaging and entertaining as this, I will keep coming back for more!
Meer lezen
Een iemand vond dit nuttig
Vertaal recensie in het Nederlands

ryan thomson
5,0 van 5 sterren Love this series!
7 december 2019 - Gepubliceerd op Amazon.com
Geverifieerde aankoop
This book continues the story of the previous books, including all of my favorite elements of base building, tower defense, protagonist getting stronger to beat the odds and rich world building that leave great mental pictures. I recommend this to anyone who red the last few and i think this book is better than the second one and closer to the first in exploration of the world and the protagonists dungeon abilities.
Meer lezen
2 mensen vonden dit nuttig
Vertaal recensie in het Nederlands

Jonathan Clarke
5,0 van 5 sterren Noooooooo!
8 december 2019 - Gepubliceerd op Amazon.com
Geverifieerde aankoop
Come on! Fred was rocking the discoveries and gaining power and the book stops?! Slam on the brakes after getting me up to speed?! Come on! It’s fast paced and a great continuation. The world gains more depth and you have a bit of fun, but the biggest prize is the information not centered on Fred. Enjoy the book.
Meer lezen
Een iemand vond dit nuttig
Vertaal recensie in het Nederlands

Kindle Customer
5,0 van 5 sterren Another great installment in this series.
2 januari 2020 - Gepubliceerd op Amazon.com
Geverifieerde aankoop
I'm really enjoying the story of Fredwinkelmossering...? The Dualborn.
This book progress the story nicely and its very well written. The character are great and I love the insight we get into the Supreme council. I can't wait for the next and maybe final book.

Dasbip
5,0 van 5 sterren This wasn't what I expected
11 december 2019 - Gepubliceerd op Amazon.com
Geverifieerde aankoop
Honestly I'm nothing but happy with this book. After the first chapter I kind of expected the ending but I didn't realize I didn't really expect the ending. I'm excitedly looking forward to the next book and I can honestly say that I have no idea what's next with this series.
Meer lezen
Een iemand vond dit nuttig
Vertaal recensie in het Nederlands
Ga naar Amazon.com om alle 99 recensies te bekijken 4,8 van 5 sterren
Terug naar boven
Over ons
Verkoop bij ons
We helpen je graag
© 1996-2020, Amazon.com, Inc. en dochterondernemingen