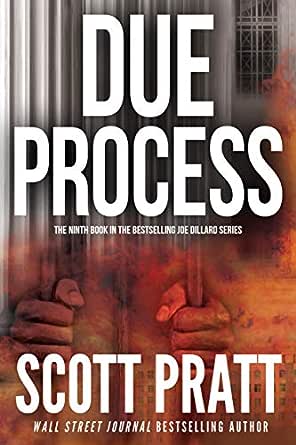 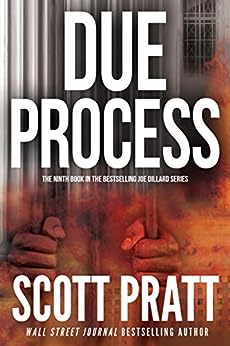 June49
5,0 van 5 sterren Once you discover Joe Dillard....you can't get enough of him!
8 mei 2018 - Gepubliceerd op Amazon.com
Geverifieerde aankoop
Scott Pratt is back with another Joe Dillard book and I could not put it down. I love everything about Joe. His loyalty to his family, his love of the law and all it stands for and sometimes what he does to make sure the law is upheld. He doesn't mince any words or actions when it comes to protecting the innocent especially if it is a family member. But he also fights hard for his clients and that is the case in the this book. He defends a young college student, football player, who is accused of rape along with 2 other players. But is it all about rape or is it about some people involved in the case being racist? Not going to do a spoiler but if you have read any of the other books in the series then you know you are in for a great ride reading this book. Joe Dillard is one of my favorite book characters. Highly recommend this book as well as the whole series. Keep them coming Scott Pratt....you have a following that is only going to keep getting bigger as everyone discovers your books.
Meer lezen
30 mensen vonden dit nuttig
Vertaal recensie in het Nederlands

Reacher
1,0 van 5 sterren Boring, predictable stereotyped characters and plot
10 augustus 2018 - Gepubliceerd op Amazon.com
Geverifieerde aankoop
I have bought and read several of Pratt's Joe Dillard series. The first few were ok, but the quality has very much declined with the last ones. Never anything special, but a decent summer read if you didn't have a better one handy. A journeyman paint by numbers author, nothing more. This one is subpar , though, even by that standard. It is full of boring stereotyped characters with a painfully predictable plot. What Pratt doesn't seem to realize is that his cliched, prejudices are about as bad as the ones he self righteously condemns. Anyone who may have ever gone to a men's club for a beer after work is a horny, lonely, stupid pervert, just as an example. There are many more. This type of my way or the highway level of writing may have been been ignored with a better writer, but here they just stand out for what the are: preaching rather than creating something worth reading. I generally give my wife a book I've read when finished, as we share the same tastes in good writing. This one went straight to the round file.
Meer lezen
21 mensen vonden dit nuttig
Vertaal recensie in het Nederlands

L. Lemmo
1,0 van 5 sterren Liberal Garbage
21 augustus 2018 - Gepubliceerd op Amazon.com
Geverifieerde aankoop
What a shame. I've really enjoyed many Scott Pratt novels. But I couldn't get through this one and won't bother with any more now that he revealed himself to be just another delusional lib who couldn't resist polluting his work with propaganda and proselytizing; two thirds through I started to dry heave.

With risible irony, he turned a true event involving white Duke lacrosse players, falsely accused of rape by a black stripper and railroaded by a corrupt liberal DA, into a fantasy about a black football player who is falsely accused of rape by a white stripper and railroaded by a racist DA. So if you live in the same bizzarro universe (where circles of truth, facts and logic are squeezed into squares of emotion, opinion and spin in order to fit the liberal fake news narrative), you'll get the vapors reading this drivel.
Meer lezen
15 mensen vonden dit nuttig
Vertaal recensie in het Nederlands

Southern Katrina
5,0 van 5 sterren Best One Yet
8 mei 2018 - Gepubliceerd op Amazon.com
Geverifieerde aankoop
I have read all the Joe Dillard books and wondered if they would become repetitious or get stale. The answer is an emphatic NO! Scott Pratt keeps them fresh and topical and his characters draw you in and don’t let go. I am going back and read the early ones again so my withdrawal symptoms don’t get too intense until the next installment. Do yourself a favor and read this series ASAP!
Meer lezen
12 mensen vonden dit nuttig
Vertaal recensie in het Nederlands

PHall
5,0 van 5 sterren Another Awesome Legal Novel
5 mei 2018 - Gepubliceerd op Amazon.com
Geverifieerde aankoop
I enjoy reading Scott Pratt books tremendously. His novels are easy to read and once you read the first several pages, it is difficult to put the book down. My husband travel a lot on our motorcycle and Tennessee is one of our favorite places to go. We have been to many of the town's he mentions in his books. I am always disappointed when I finish one of his books because I have to wait until his next book is published. I gave the book 5 stars because the book underserved all 5. If you are looking for a good book to read, I highly recommend this author!!!!
Meer lezen
15 mensen vonden dit nuttig
Vertaal recensie in het Nederlands
Ga naar Amazon.com om alle 2.202 recensies te bekijken 4,7 van 5 sterren
Ontdek het beste van shopping en entertainment
Gratis en snelle bezorging van miljoenen producten, onbeperkt streamen van exclusieve series, films en meer
> Ontdek Prime
Terug naar boven
Over ons
Verkoop bij ons
Amazon-betaalmethoden
We helpen je graag
© 1996-2020, Amazon.com, Inc. en dochterondernemingen