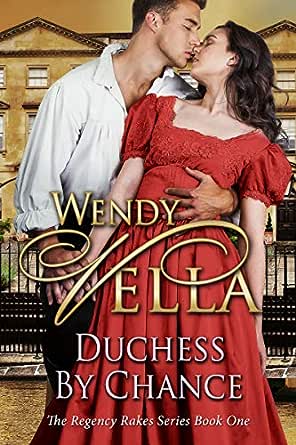 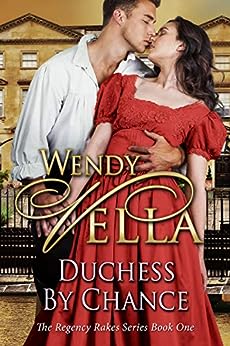 Kindle Customer
1,0 van 5 sterren Seriously flawed
20 september 2018 - Gepubliceerd op Amazon.com
Geverifieerde aankoop
Wendy Vella has found a strong market, but it does not include me. First, I detest stupid heroines, and the idiot who accepts a dance with a man who attempted to rape her, against the express wishes of her husband, is stupid. Add to that not knowing the difference between to and too or between subject and object pronouns( he/him), and not bothering to hire a decent copy editor. To top it off, her history is wrong, including her fashion history. Sorry, I'll go clean my bathroom now, it will be more fun.
Meer lezen
37 mensen vonden dit nuttig
Vertaal recensie in het Nederlands

Olofsson Jennie-ann
1,0 van 5 sterren Deeply disappointed
2 januari 2014 - Gepubliceerd op Amazon.com
Geverifieerde aankoop
The book started out well, and the storyline is fine if somewhat confusing. Why on earth the heroine is bartered from birth to wed eighteen years later against a fortune and a possibility later for blackmail is a mystery to me. The odds must be overwhelmingly bad. But that is possible in the world of romance. But I hate it when the heroine is described as clever and then behaves like the worst kind of wimpy fool. Besides being a coward, and it's not brave to kick someone who is lying down!, particularly when you have caused the things happening, being evasive and lying is not clever. Trying to solve problems be misleading the ones who offer to help you against the known evil, is beyond credibility, even if you are trying to protect someone who is powerful and kind! I skimmed through the last third of the book trying to float on top of the treacle. The sex scenes are revoltingly sweet and do not come through as sensual. The hero is better portrayed, but why does he go off fencing with his best friend while at the same time agonizing over leaving his wife alone and vulnerable? The bitchy grandmother turns out to be a softie so that is another disappointment. Gah!
Meer lezen
63 mensen vonden dit nuttig
Vertaal recensie in het Nederlands

The Duke didn't know it, but he fell in love when he heard his Duchess making the stable boy laugh, then refused his, the Duke's, company by mounting her horse and riding off alone.
It is nice how you feel their souls become one in the softness of the moment when he resolved not to take against her will as he held her and put her to bed. It was right then that they unknowingly became one. Before this they were separate searching souls.

I was curious about the maid that the Duchess had brought from her father's home to Stratton Hall. Not important to the story, she all but disappeared. The initial meeting with the vicar's wife and the adjacent landowner's (the Belmont estate) daughter, who became the Duchess' very good friend, was too long.

The introduction of Lord Huxley brings to focus the problem on which the whole story hinges -- trickery, thievery, and subterfuge of the times; men helping themselves to women with no regard for respect, just ownership. The results of the former brought the Duke and his Duchess together while the latter cemented their.

I didn't like the courage she suddenly got to kick her father after her father and older brothers kidnapped and beat up the younger brother. That bit seemed out of place in this story.

Once alone in their home, after the big confrontation between the Duke and Lord Huxley, at the end of the book, The duchess' conversation with her Duke about wanting to be alone was very stupid and off base. Thank goodness the author caught herself and gave the Duke the proper sensible words to counter this bit of stupidity.

Also the use of formal titles was excessive to the point of annoyance, particularly between people whom the author made love one another.

For the relationships alone I recommend this book and I would read it again. The cover didn't do much for me.
Meer lezen
6 mensen vonden dit nuttig
Vertaal recensie in het Nederlands

Marci M
3,0 van 5 sterren Great story
31 mei 2018 - Gepubliceerd op Amazon.com
Geverifieerde aankoop
This had a great storyline and good character development. Unfortunately, I do not enjoy the explicit description of sex. I skipped over that part but don't like having to do that. The teaser for the next book in the series was great and I am curious about the plot but not sure I will read the next book because of the descriptive sex. I am frustrated with authors that do this when the book has such a great plot. It's not necessary to describe explicitly what is happening in bed.
Meer lezen
6 mensen vonden dit nuttig
Vertaal recensie in het Nederlands

Kindle Customer
1,0 van 5 sterren Premise was good, but there was nothing at all legitimate to ...
12 december 2015 - Gepubliceerd op Amazon.com
Geverifieerde aankoop
I'm surprised I finished this book. Premise was good,but there was nothing at all legitimate to the period,from how people addressed each other and interacted to how open the H AND H were immediately about their feelings,etc. It was just so absurd for anyone who is familiar with historical fiction from this period. Definitely won't be reading the additional books in the series. I only paid $.99 and I'm ill I even spent that much.
Meer lezen
49 mensen vonden dit nuttig
Vertaal recensie in het Nederlands
Ga naar Amazon.com om alle 242 recensies te bekijken 4,0 van 5 sterren
Ontdek het beste van shopping en entertainment
Gratis en snelle bezorging van miljoenen producten, onbeperkt streamen van exclusieve series, films en meer
> Ontdek Prime
Terug naar boven
Over ons
Verkoop bij ons
Amazon-betaalmethoden
We helpen je graag
© 1996-2020, Amazon.com, Inc. en dochterondernemingen