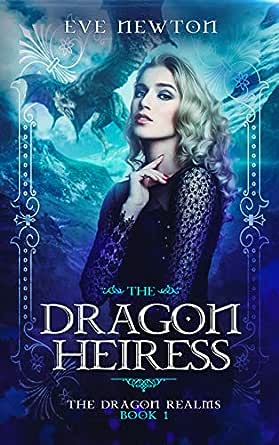 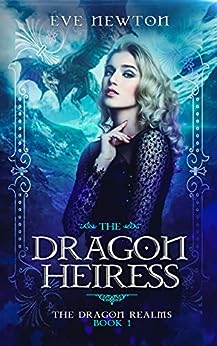 A woman born to rule an Empire.
The three Dragons destined for her.
Can they overcome the obstacles in their way?
Or will her family put an end to their happily ever after?

I'm Delinda. I am the True Heir to the Dragon Empire. I have no say in it. My uncle thrust the title upon me twenty-two years ago, but I'm not ready to rule an Empire.

Until it becomes the answer to my problem.

Two suitors have been presented for marriage. Both of which were born to be mine, but I'm already in love. A love that is true but forbidden. Should be easy enough to tell my mother I want both men. Now, all I have to do is find a way to make them accept the man that I love, while trying to get my act together enough to take control of my destiny.

Surely it can't be that difficult?

Claudia Coenen
5,0 van 5 sterren Must read
7 juni 2019
Indeling: Kindle-editie
I am new to the dragon World of Eve, but that didn't stop me from reading this book!
And thank God i didn't need al the other 17 books before this one. The storyline is great for new readers with a lot of explanation BUT it will make you curious about the first 17 books... soooo guess what I am going to do....

Sherry C.
4,0 van 5 sterren Family drama at it best
11 januari 2020 - Gepubliceerd op Amazon.com
Indeling: Kindle-editieGeverifieerde aankoop
Starts off kind of slow while the story develops but gains momentum pretty quickly. The main character has a crazy and extensive family that had me back tracking once or twice to get it straight. The plotline is interesting and she throws a couple of twists in there to liven things up. The sexy scenes are dreamy steamy and will definitely warm you up. There are family dynamics and drama with little magical additions and DRAGONS! Who doesn't love stories about dragons and heiresses? Killer ending!
Meer lezen
Vertaal recensie in het Nederlands

Yashira
5,0 van 5 sterren Wow🔥🔥
2 december 2019 - Gepubliceerd op Amazon.com
Indeling: Kindle-editieGeverifieerde aankoop
OMG Dragaon shifters are life!!! Such an amazing book by Eve like always she has an amazing story that hooks you in completely! Wonderful characters and I mean hello sexy Hot Dragon's what else can you ask for🔥🔥 can't wait to see what happens next!!
Meer lezen
Een iemand vond dit nuttig
Vertaal recensie in het Nederlands

Ashley P.
5,0 van 5 sterren Hot Hot Hot
27 november 2019 - Gepubliceerd op Amazon.com
Indeling: Kindle-editieGeverifieerde aankoop
All I can say is Dragon Shifters Rule!! This series is so sexy and addicting! I was hooked from the first page. An amazing spinoff to another great series! Well worth the read!
Meer lezen
Een iemand vond dit nuttig
Vertaal recensie in het Nederlands