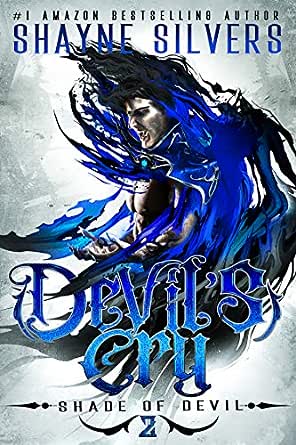 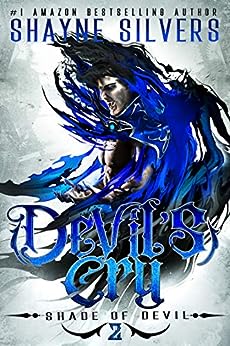 The greatest trick the First Vampire ever pulled was convincing the world that he didn’t exist.

If you enjoyed the Blade or Underworld movies, you will love the Shade of Devil series.

Before the now-infamous Count Dracula ever tasted his first drop of blood, Sorin Ambrogio owned the night. Humanity fearfully called him the Devil.

Cursed by the gods, Sorin spent centuries bathing Europe in oceans of blood with his best friends, Lucian and Nero, the world’s first Werewolf and Warlock—an unholy trinity if there ever was one. Until the three monsters grew weary of the carnage, choosing to leave it all behind and visit the brave New World across the ocean. As they befriended a Native American tribe, they quickly forgot that monsters can never escape their past.

But Dracula—Sorin’s spawn—was willing to do anything to erase Sorin’s name from the pages of history so that he could claim the title of the world’s first vampire all for himself. Dracula hunts him down and slaughters the natives, fatally wounding Sorin in the attack. Except a Shaman manages to secretly cast Sorin into a healing slumber.

Until Sorin is awoken by a powerful Shaman in present-day New York City. In a world he doesn’t understand, Sorin only wants one thing—to kill Dracula and anyone else who stands in his path. When the descendant of an infamous vampire hunter steps into his life, Sorin is torn between conflicting feelings in his heart—revenge or love. But to a woman like Victoria Helsing, it might just be considered a bloody good date.

The streets of New York City will flow with rivers of blood, and the fate of the world rests in the hands of the Devil, Sorin Ambrogio.

Because this town isn’t big enough for the both of them.

Other books in the Shade of Devil Series:

If you like Bella Forrest, I.T. Lucas, Laurell K. Hamilton, K.F. Breene, J.R. War, or Shannon Mayer, you won't be able to put down the highly addictive Shade of Devil Series.

What Amazon readers are saying about Shayne's other books:

★★★★★ ‘Silvers could write a grocery list on a dirty napkin and make it an international bestseller.’

★★★★★ ‘I went from crying my eyes out to laughing uncontrollably, repeatedly.’

★★★★★ ‘It’s like the characters walked off the page, joined me at the bar, and bought me a drink.’

★★★★★ ‘I am astounded as to how the author keeps the story fresh and exciting.’

★★★★★ ‘I usually see plot twists a mile away. Shayne has proven me wrong. Every time.’

★★★★★ ‘His intense actions scenes let you see the fangs and claws, hear the gunshots, feel the magic, and smell the fear.’

★★★★★ ‘Everything you thought you knew about vampires, shifters, dragons, wizards, fairies, and gods is flat wrong.’

★★★★★ ‘Publishers who didn’t snap up his books are missing out on a gold mine.’

Silvers has pleasured over one million readers with his stories. Now it's your turn for a little pleasuring...

Laurie C. Davis
5,0 van 5 sterren A Provocative Tale of Two
3 december 2019 - Gepubliceerd op Amazon.com
Geverifieerde aankoop
Devil’s Cry, the second book of Shayne Silvers’ Shadow of Devil series, is another example of brilliant story-telling. Silvers has taken a worn out subject and given it life in a way that only he can do. Devil’s Cry is the continuation about the first vampire’s life and what transpires after a centuries’ long sleep. Sorin is on a mission to take down Dracula, who has taken his home, his lifestyle and his family away from him. The world has changed during his slumber so Sorin, is dealing with cultural differences that often confuses him or is hard to accept.

In Devil’s Cry, Silvers introduces a provocative slant on the story. Even though his books are full of sexual innuendos, Silvers has always steered away from explicit scenes. In this book, he takes the reader a little closer to the fire. Shayne Silvers recently made this comment, “Vampires are known for sex. Period.” Silvers, in his usual style, moves away from the predictable romance found in books and movies today. In a vivid way yet still subtle, Silvers has Sorin dealing with sexual emotions that are given depth to feelings, not just physical. All done with Shayne Silvers’ trademark snark and humor.

I will admit that one of the things that appealed to me about Shayne Silvers’ books was the absence of explicit scenes. I admire the incredible way he steers a story line and characters without relying on the typical trends in today’s literature. He has proven himself again as the elite storyteller. Silvers creates an authentic story without sacrificing his writing integrity. Or relying on popular opinion that a book has to include explicit scenes to tell a story.

Devil’s Cry is not my favorite Shayne Silvers’ book but it’s still an excellent book. It is still worth a read because you cannot find an author that writes a tale the way he does; the depth of dialogue and imagery, characters that are rich with personality, humor and twists, all the traits that have become the hallmark that defines Shayne Silvers.

Jacob Sindic
4,0 van 5 sterren When you realize you can't make the term "Devil's Triangle" fit your narrative...
10 december 2019 - Gepubliceerd op Amazon.com
Geverifieerde aankoop
AKA How many examples of Freudian logic can we cram into a single given novel.

The second outing of Sorin Ambrogio is not quite as over the top with its bombastic pacing as the first, instead aiming for a more scaled ramp-up before it throws pacing out the window entirely and just pinwheels from explosion to explosion without touching the ground whatsoever. After carving his own bloody niche into the flesh of New York City, Sorin's hopes for time to convalesce are stamped out in short order, as his suspicions over the fate of his long lost son and impending confrontation with Dracula are undercut by a resurgence of witchery in the city, a mess he walks right into the middle of without even realizing, and walks out with an equally unintentional but much more permanent mess of his own making with a brassy werewolf woman and an immortal divinely blessed huntress. And it only goes further pear shaped from there.

Sorin's dysphoria with his circumstances and the modern world are all but eliminated by this point, more quirks of character rather than shortcomings now. This reads as a conscious sense of shifting priorities on his part, focusing more on the short term issues at hand rather than risk distracting himself with all the various things he doesn't know about the new world around him. His messy personal issues aside, he also manages to make great strides in re-establishing himself as a leader of armies and presses a major victory in his overall goal for vengeance upon Dracula and his own forces of the night. That is not to say it all comes through as blood pumping victories and happy resolutions of course, as instead Sorin comes away with a few more problems on his plate than when he started to set up the transition to the third forthcoming installment.

Overall the story reads as a faster, punchier arrangement compared to his debut, focusing less on the grand ambiance of his position as one of the world's first true monsters, and instead narrows down to the straightforward struggles of a man in a position of power and the decisions he has to make moment to moment to achieve his goals and protect those that he sees as his. As usual, I look forward to seeing what comes next.

SickPuppy
4,0 van 5 sterren The master of red herrings and misdirection did it again
3 december 2019 - Gepubliceerd op Amazon.com
Geverifieerde aankoop
Well, we thought we learned one thing in the previous book, Devil’s Dream. But now, in Devil’s Cry, it isn’t/is, may or may not be true. And then *that* happened at the end, tossing it all in the air. Oh, we get answers to prior questions in DC, but I’m pretty sure I’m more confusticated than I was before. Shayne Silvers will do that to you. And does. With relish.
And Sorin’s still sexy as hell. First, Sorin is *very* romantic, no question. His thought process in thinking about his women - his lovers - makes that clear. There is a scene that’s hot as hell, but still poetic, somehow. I was raised on Hammer and other horror films, so the fact that vampirism is as much about sex as blood is not a new concept for me at all. And the way Silvers wrote the scene is a bit reminiscent, the modern banter notwithstanding. But there is much more to the writing, to how Sorin perceives and feels about his sexual encounters that pushes the right buttons, too.
As always, snarky humor is peppered throughout. A few references were misfires for me, but it’s endless fun watching Sorin navigate the hazards that are women with far more trepidation than he confronts an angry giant. Read on, friend, read on.
Meer lezen
Een iemand vond dit nuttig
Vertaal recensie in het Nederlands
Ga naar Amazon.com om alle 203 recensies te bekijken 4,7 van 5 sterren
Terug naar boven
Over ons
Verkoop bij ons
We helpen je graag
© 1996-2020, Amazon.com, Inc. en dochterondernemingen