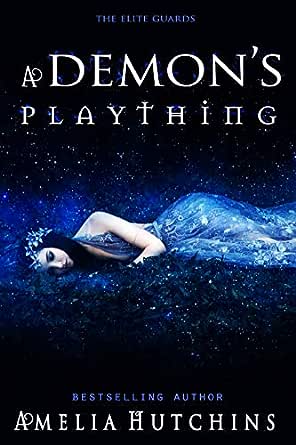 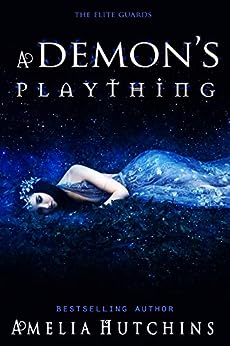 Previously Released in Love Potion Anthology
Lilith has spent her life in the ruins of her mother’s court that the Horde destroyed. Summoned to her father’s court, her entire world is turned upside down. Her father has offered her to the Horde to pay the tithe owed to them, and she’d rather die before bowing to the Horde, but if she intends to keep her secrets, she will kneel to the murderous Horde who destroyed her kingdom, and left it in ruins.
Asrian agreed to take one for the team, to marry one of the elusive, wanted brides of the lesser courts. He expected a spoiled, pampered princess, and anything other than what he finds waiting for him in the Shadow Court.

Weber
2,0 van 5 sterren A Tween read
22 april 2019 - Gepubliceerd op Amazon.com
Geverifieerde aankoop
This may be a good read for a tween. I decided I am not the target audience: written in unimaginative modern tween speak with heavy sprinkling of “a’hole this & that”. Does little to broaden on trope appropriate teen introspection. I couldn’t connect or care about these characters, their world or situations.
Meer lezen
16 mensen vonden dit nuttig
Vertaal recensie in het Nederlands

Kindle Customer
1,0 van 5 sterren I couldn't roll my eyes hard enough..
22 mei 2019 - Gepubliceerd op Amazon.com
Geverifieerde aankoop
This story has the potential to be great! The only thing holding it back is the extremely crude dialogue. It was so overdone, it felt like a teen had wrote it. It was hard to get through because I couldn't stop rolling my eyes at the language. For a story about the fae court I expected more class and refinment. But truthfully it was grating. I suggest a rewrite. Cussing every other word just makes it sound so unintelligent. Seriously disappointed...
Meer lezen
8 mensen vonden dit nuttig
Vertaal recensie in het Nederlands

Katie Silvi
5,0 van 5 sterren One of the best within this world
3 april 2019 - Gepubliceerd op Amazon.com
Geverifieerde aankoop
Amelia does it again. Another Home Run for the journey that is the Fae Chronicles.

Even just as a novella Hutchins amazingly draws you into a world that she has perfected. You've immediately been drawn to her characters, drawn to the damaged broken beings that they are. She makes you enjoy the pain they've been through as you witness them pick up the pieces of the destruction that was left behind.

Lilith's scars were limitless. Asrian's turmoil was astounding. Together, they both just captivated my attention; held my heart in theirs hands.

A Demon's Plaything launcher it's way to the top of my list of favorites within the Fae Chronicles.

Lisa
3,0 van 5 sterren Kept me interested
25 april 2019 - Gepubliceerd op Amazon.com
Geverifieerde aankoop
I liked the bones of this story but it lacked meat. It was disjointed and confusing through quite a bit. I would have liked more information. More substance. It felt like it was rushed. It would get interesting, and then take a hard left to Huh?
I want to read the other books but am hesitant if the style of writing is the same.
Meer lezen
7 mensen vonden dit nuttig
Vertaal recensie in het Nederlands

JBourgeois
5,0 van 5 sterren WOW, Lilith and Asrian
1 april 2019 - Gepubliceerd op Amazon.com
Geverifieerde aankoop
Lilith is such a badass and I just love her. She is the heir to Night Court and The Shadow Court. When her father could not pay his Tithe, he paid it by offering her as a bride to Asrian. These two make a great couple and together they can rule any Court. Their road is bumpy but that's ok, they will get through it. I can not get enough of this world.
Meer lezen
6 mensen vonden dit nuttig
Vertaal recensie in het Nederlands
Ga naar Amazon.com om alle 69 recensies te bekijken 4,6 van 5 sterren
Terug naar boven
Over ons
Verkoop bij ons
We helpen je graag
© 1996-2020, Amazon.com, Inc. en dochterondernemingen