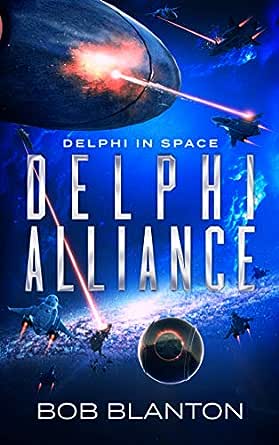 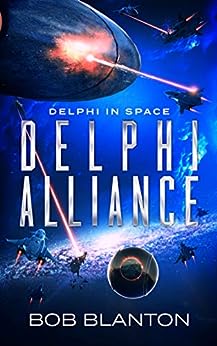 The McCormacks have their floating city growing in the South Pacific, and their space station well underway. As they continue their quest to unite Earth and bring her into the modern age of space travel and repair her environment before it’s too late, they have to fight with the major powers that aren’t too sure they want to change the status quo.
Now they have discovered an incoming asteroid the size of Ceres. What will it take to unite Earth to deal with this threat to its very existence? And what other threats may be lurking there? Now it’s time to step up, for Delphi and all the nations of Earth.

Mvargus
4,0 van 5 sterren And we have a conclusion
23 februari 2020 - Gepubliceerd op Amazon.com
Geverifieerde aankoop
I'm not going to write a long review. I've enjoyed this series except for the fact that this writer has a very upside-down view of how the US government works and has said government doing things that would have the media and voters in a huge uproar. Beyond that you have a fun story with engaging characters bringing the first arc to a conclusion.

I will say that this author needs to hard stop here in my opinion. While I'm sure he's thinking of continuing the plot he doesn't have any good challenges for his heroes at this point without violating the canon he established in earlier books.

readsalot
5,0 van 5 sterren This author's writing is getting much better and was good to begin with.
25 januari 2020 - Gepubliceerd op Amazon.com
Geverifieerde aankoop
Exciting and very captivating, I read 8 books by this author with just 2 books (from totally different genres) between, binge reading at it's best. Enjoyed the tech solutions, always pulled out of a hat at the last minute. The space battles were at least 3d +. Somethings that were not explored but could have been are; space vacuum technologies, the stability of large masses of liquids (such as water) in space, techniques needing a quiet electromagnetic spectrum, maybe the vast distances available in space might allow really huge cyclotrons or some such. Thought provoking.
Meer lezen
Vertaal recensie in het Nederlands

Audrey Van Tassell
5,0 van 5 sterren If you want a book that you would let your teens read this is it.
16 februari 2020 - Gepubliceerd op Amazon.com
Geverifieerde aankoop
I like the action, the science fiction, the family feel and the writing style. There is no explicit sex, no obscenities and that made this book a keeper. The story was fast paced and stayed up several nights to complete all 5 books. Can't wait for the next. If you liked Robert Heinlein junior sci-fi, Anne McCaffery, and Andre Norton books, you will like these.
Meer lezen
Vertaal recensie in het Nederlands

Denzil Ernstzen
5,0 van 5 sterren Short and sweet
22 januari 2020 - Gepubliceerd op Amazon.com
Geverifieerde aankoop
Well tome it was short and sweet. Took me a few hours to get through once I started, and could not put down. Would loved to have had some more grit and detail, but I guess it is the style of writing so I will take what I get. Now I have to waaaaiiit for a few more months for the next installment. Thank you for your writing it is really appreciated!!
Meer lezen
Vertaal recensie in het Nederlands
Ga naar Amazon.com om alle 120 recensies te bekijken 4,8 van 5 sterren
Terug naar boven
Over ons
Verkoop bij ons
We helpen je graag
© 1996-2020, Amazon.com, Inc. en dochterondernemingen