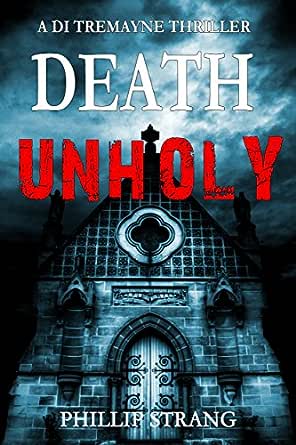 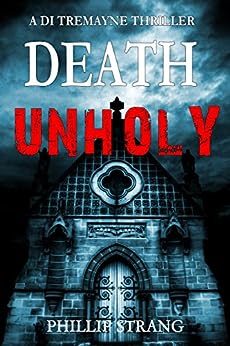 An abandoned church in a village set in time - the ideal setting for murder. Detective Inspector Tremayne and his sergeant, Clare Yarwood, are hard pushed to solve the crime and to stay alive.

‘Not me. I’ve read about it. Who hasn’t?’ Sergeant Clare Yarwood answered.

‘I haven’t,’ Tremayne replied which did not surprise his young sergeant. In the months they had been together, she had come to realise that he was a man who had little interest in the world. A cigarette in his mouth, a beer in his hand and a murder to solve was about the happiest she ever saw him, and even then, he could hardly be regarded as one of life’s most sociable. And as for reading? The occasional police report, an early morning newspaper, the back pages for the racing results.

jamesbmartin
1,0 van 5 sterren Death Prolonged
22 mei 2019 - Gepubliceerd op Amazon.com
Geverifieerde aankoop
What a waste of $4.99. This book drags out a tired and distasteful cliche and also reveals all too soon and obviously a key conspirator. Why this series is listed as a police procedural is a puzzle. It is fantasy fiction.
Meer lezen
39 mensen vonden dit nuttig
Vertaal recensie in het Nederlands

sharon ann mcglynn
4,0 van 5 sterren Enjoyable Read
28 september 2017 - Gepubliceerd op Amazon.com
Geverifieerde aankoop
As a new reader of Phillip Strang I was a bit apprehensive to try a new (to me) author. So many mysteries rely on similar plots with uninteresting detectives fighting odds and own demons to solve the mystery. No way does that apply to this writer. This book holds your interest from start to end and you find yourself invested in the detective, caring about him as much as the conclusion of the book. Interesting and thought provoking this book held my interest from chapter one to the end.
Pleased with the book, writing style and to have found a new author to follow. Now to go read some earlier books...,

Nancy L. Silk
5,0 van 5 sterren "A Deadly Investigation Which Leads To Ancient Rituals"
15 oktober 2017 - Gepubliceerd op Amazon.com
Geverifieerde aankoop
This is a great story by a great author. I've read all his stories in the DCI Cook series and have added him to my favorite author list. He knows how to swiftly draw his readers into his well-written stories as you turn to the first page. The first sentence in this thriller is, "What do you know about human spontaneous combustion?" Detective Inspector Keith Tremayne is drawn into the dark world of paganism and ancient rituals. It's very dangerous entering into the town where people still practice this belief. All outsiders who intrude upon this town are in serious danger. This thriller is another winner for Phillip Strang. Give it a try ...Halloween will soon be upon us.
Meer lezen
13 mensen vonden dit nuttig
Vertaal recensie in het Nederlands

ray
1,0 van 5 sterren Worst book ever!!
24 juni 2019 - Gepubliceerd op Amazon.com
Geverifieerde aankoop
I've never before witnessed a more pathetic group of law enforcement professionals. They are a combination of the Keystroke cops and a bunch of snivelling whining little twerps. I mean really, an angry mob of 30 plus attaching and the one senior officer with a firearm whining ' oh I can't shoot anyone' ... Pathetic performance. Perhaps this author should return to his previous carreer.. 😡
Meer lezen
6 mensen vonden dit nuttig
Vertaal recensie in het Nederlands

Boston Betty
3,0 van 5 sterren Not your classic British mystery
23 juni 2019 - Gepubliceerd op Amazon.com
Geverifieerde aankoop
Well written, but way weird, with lots of unexplained supernatural events woven in with what otherwise would have been a good tale. The story would have been so much better if it were just about a cult, but it was more about an evil man's power to summon ancient forces to wield power and commit murder. If the occult doesn't appeal to you, then skip this one.
Meer lezen
5 mensen vonden dit nuttig
Vertaal recensie in het Nederlands
Ga naar Amazon.com om alle 83 recensies te bekijken 3,9 van 5 sterren
Terug naar boven
Over ons
Verkoop bij ons
We helpen je graag
© 1996-2020, Amazon.com, Inc. en dochterondernemingen