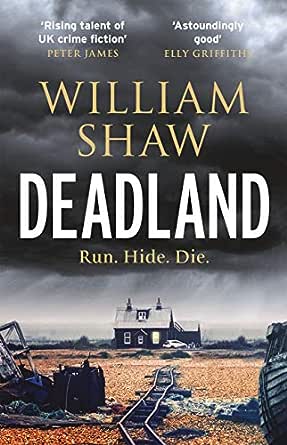 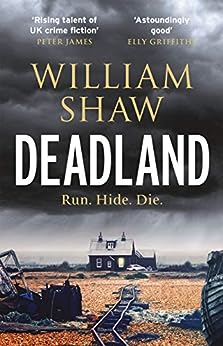 Kenneth C. Mahieu
5,0 van 5 sterren 42 Amazon UK reader reviews rate this book as 4.5 !!
17 augustus 2019 - Gepubliceerd op Amazon.com
Geverifieerde aankoop
“Deadland” (DL) by William Shaw is the second book in the Alexandra Cupidi series – kinda. Shaw’s publishers classify Shaw’s “The Birdwatcher” as a standalone novel, but it’s the first book in which Cupidi appears. If that isn’t confusing enough, be aware that the books in Shaw’s other excellent series featuring Breen and Tozer have two titles – one for UK originated books where the books are first released, and a second one for the US where publication may follow by several months. I am such a big Shaw fan that I purchased the UK title for DL since the US version will not be available for a while. I’m delighted to see Cupidi #3, “Grave’s End” will be coming out May 2020. All of his books are excellent and highly recommended (the Breen books take place in London in the 1960s !). fantasticfiction.com is a great source to keep all the title and release dates straight; try it if you haven’t used it before.

So what’s DL all about? It starts with a severed arm discovered in a piece of pottery in a gallery. The investigation leads single mom Alex to a retired model and her ultra wealthy husband. In the background is a sub-plot of sorts concerning two high school kids who try to steal cell phones for some extra cash; not criminal masterminds those two. Alex is assisted by her youngish constable Jill Ferriter, who has had a long-lasting crush on model Astrid for years and years. Before long the two plots merge. Then there’s Sgt. Moon who has a sleepover at Jill’s place one night and Jill subsequently realizes she was so hammered that she cannot remember the details but is aware that there are details out there to be remembered. So a lot of rather current issues are blended in with a very interesting and violent case. Shaw’s previous books did not have as many violent “incidents” as DL, and the tension throughout is a cut above Shaw’s other books……there are several nail biting scenes in this 468 page story.

DL is super, highly recommended. It takes place mostly in the southeaster corner of England in the Dungeness area, with other scenes in Dartford and a couple in London. The prose is excellent, the characters are well drawn. The relationship between Alex and daughter Zoe continues to evolve in a very engaging way. It’s interesting that there was so much tension despite the fact that Cupidi does not carry a firearm.

I recommend that anyone new to Shaw start with the Cupidi series and read the books in order beginning with “Birdland”. Enjoy!
Meer lezen
Een iemand vond dit nuttig
Vertaal recensie in het Nederlands

Thw Night Gardener
2,0 van 5 sterren A Disappointing Read
30 juli 2019 - Gepubliceerd op Amazon.com
Geverifieerde aankoop
Having recently "found" this author with his latest novel, I eagerly awaited an opportunity to read other of his novels and this was the first one I chose. Ultimately, though, it was a ponderous read and a run-of-the-mill thriller.
Meer lezen
Vertaal recensie in het Nederlands

Wrenn K
5,0 van 5 sterren Magnificent series!
9 juli 2020 - Gepubliceerd op Amazon.com
The Birdwatcher is one of my favorite books, and I feel like it was really the first of this series, or at least the prequel. William South is an amazing character and when Salt Lane, the second book came out I was initially disappointed that the focus was now on DS Alexandra Cupidi. But she has really grown on me, and in this book, William South is back! Having them both in the story was perfect.
William South, a former policeman, is out of prison after serving two years for the murder of his abusive father, largely convicted because of DS Alex Cupidi. They are neighbors in the marshlands of Dungeness in Kent, where she lives with her teenage daughter Zoe. Alex is working on a strange case with Constable Jill Ferrier. A severed arm is found in an art exhibit at the exclusive Margate Gallery.
Meanwhile, delinquent teenage boys Sloth and Tap grab a bag from a man and end up with his mobile phone, thinking they will sell it and make a quick profit. Little do they realize what they have gotten involved in, and the lengths the owner will go to get it back.
These two storylines connect and as the danger increases for the two boys, will Alex link them in time to save them from a killer?
This atmospheric police procedural/mystery/thriller is storytelling at its finest.
This grabbed me from the very beginning, full of tension and suspense, with great original characters.
And now I can hardly wait to receive my order with Grave's End, the next book in this magnificent series!
Meer lezen

Quiverbow
3,0 van 5 sterren They were just seventeen. You know what I mean.
6 augustus 2019 - Gepubliceerd op Amazon.com
Two 17 year old scallies, Tap and Sloth, pinch a holdall containing an expensive phone. They take it to Tap’s ‘uncle’ Mikey thinking he might buy it from them. Then a text comes through offering £5,000 for the return of the phone. Mikey agrees to meet the owner to collect the ‘reward’. Unfortunately, he is discovered the following day in a scrap metal yard with a bullet through his head. Meanwhile, in the Turner Contemporary in Margate, a piece of art has found itself an unwanted addition; a severed arm.

I read William Shaw’s ‘The Birdwatcher’ and thought it was an okay read. Three years later, Detective Sergeant Alexandra Cupidi returns for her third outing (but only the second based around her). What I did like about that first novel was the setting; Dungeness and its environs is a place I know very well and I think it helps paint the word pictures, so I was pleased to find out DS Cupidi is still in situ on the UK’s only desert. And if you’ve ever been there you’ll know why it’s classed as such.

Though the Kent Constabulary are stretched to the limit regarding manpower, we all know the two scenarios will meet at some point however unconnected they appear to be. That DS Cupidi hauls her arse around the county and into east London interviewing seemingly unhelpful people, only emphasises the work involved in being a police officer. When the narrative moves to Dartford, you again get a good idea of the surroundings, and a sense of musical history with the streets named after Rolling Stones songs. (Mick and Keith were both born in the town.)

You may think that certain passages are superfluous to the story, and I have to admit that some do drag on more than I thought necessary, but they all coalesce toward the end. And I guess that’s what detective work is all about; going off on tangents, chasing unknown red herrings, etc. It’s not the best thriller you’ll read but it is a decent one and it shows promise as the narrations involving DS Cupidi progress.
Meer lezen
Vertaal recensie in het Nederlands
Ga naar Amazon.com om alle 6 recensies te bekijken 4,0 van 5 sterren
Ontdek het beste van shopping en entertainment
Gratis en snelle bezorging van miljoenen producten, onbeperkt streamen van exclusieve series, films en meer
> Ontdek Prime
Terug naar boven
Over ons
Verkoop bij ons
Amazon-betaalmethoden
We helpen je graag
© 1996-2020, Amazon.com, Inc. en dochterondernemingen