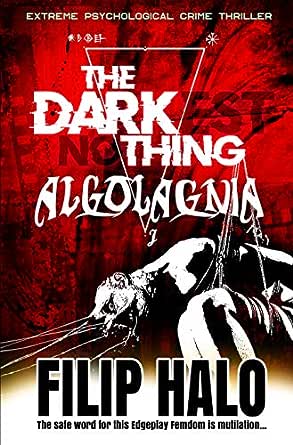 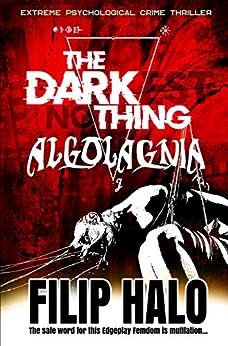 After the discovery of the dead body of a crossdresser inside "her" apartment, that looks suspiciously like a suicide, criminal police commissioner Reinhard Engelmann seeks out the help of a psychiatrist, who specializes in new types of prostitution and criminal behavior within underground sexual & BDSM circles. William Jameson is teaching psychology at the University of Witten, in North Rhine Westphalia in Germany, relatively fresh in the country, after years of practicing in the Netherlands. Their meeting introduces the commissioner to a different type of crime scene analysis and helps him to solve an involuntary manslaughter without any existing clues or evidence. The crime scene photographs become the reason for William to recover a project, he hasn't touched for a long time. He was always recording all the sessions he had with his patients and was using the audio to re-create the stories and the delusions on film with the help of a crew and actors. The crime scene is a new challenge for him, for exploring the world of BDSM and how young mistresses can make fatal mistakes. His new creation focuses on the Japanese bondage art of "shibari" and the re-creation of the crime scene. The result opens a new chapter for him, an obsession with pain expressions and emotions on film.The collaboration with the commissioner will soon reach a deeper level, after a hideous gruesome crime in a dungeon whorehouse, where a middle-age man is found with his entire chest opened and his rib cage broken. The only indication is that the murderer is a female. With the help of William, the commissioner investigates cold cases of crimes in Germany in the last two years, where the lack of evidence forced the police to put them on hold. William's fascination with the new crime brings him face to face with old demons, the reason that he lost his license in Holland, after his female patient with the code name "Judy" was found dead in a forest. She was providing shocking detailed facts about the killer's victims, that William only discovered to be true and accurate, after she died. He is not going to let the same thing happen to him twice. The dominatrix who reaped her client's chest is indeed a serial killer, something that the commissioner confirms after linking at least two other gut-wrenched crimes with the style and modus operandi of the dungeon murder. Both men work in parallel on the case. Two people in William's life, his girlfriend Sandra and the girl, who was responsible for the crossdresser's involuntary murder, help his train of thoughts for discovering the unthinkable clue. His students play a part in his decisions, after a very special game they play in the classroom, regarding female singers and their music and the task he gives them to write an essay about songs by a famous alternative rock female singer. One of her songs gives him the final motivation he needs for taking action, while the commissioner is about to discover a well-hidden despicable crime in Hamburg. A word about the novel and the upcoming movie:Despite the fact, that ALGOLAGNIA is a work of fiction, a huge number of elements and crime details inside are absolutely real and accurate, while the names of the main characters are fictional. The extreme BDSM underground scene also exists for real. About 30 to 40% of the entire world's population have tried BDSM and kinky play at least once in their lifetime, while about 10% are practicing it as a lifestyle everyday. That means, 1 out of 10 people you know enjoys some real hardcore bondage, not the type you read in 50 Shades of Gray. About 1% of the entire mankind is practicing some form of extreme BDSM and very dangerous sex play. Almost every known serial killer has used some type of extreme non consensual bondage on his victims. Female mistresses that have murdered people also exist for real.
click to open popover