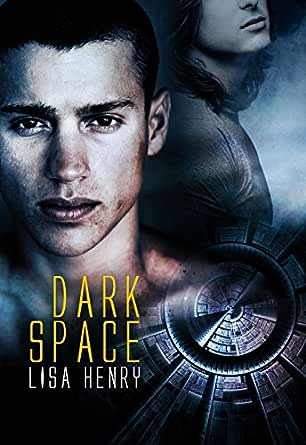 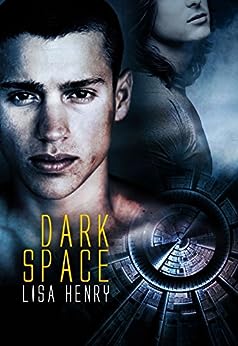 Brady Garrett needs to go home. He's a conscripted recruit on Defender Three, one of a network of stations designed to protect the Earth from alien attack. He's also angry, homesick, and afraid. If he doesn't get home he'll lose his family, but there's no way back except in a body bag.

Cameron Rushton needs a heartbeat. Four years ago Cam was taken by the Faceless--the alien race that almost destroyed Earth. Now he's back, and when the doctors make a mess of getting him out of stasis, Brady becomes his temporary human pacemaker. Except they're sharing more than a heartbeat: they're sharing thoughts, memories, and some very vivid dreams.

Not that Brady's got time to worry about his growing attraction to another guy, especially the one guy in the universe who can read his mind. It doesn't mean anything. It's just biochemistry and electrical impulses. It doesn't change the truth: Brady's alone in the universe.

Now the Faceless are coming and there's nothing anyone can do. You can't stop your nightmares. Cam says everyone will live, but Cam's probably a traitor and a liar like the military thinks. But that's okay. Guys like Brady don't expect happy endings.
click to open popover

🎵Tell me what's next? Alien sex
I'mma disrobe you
Then I'mma probe you🎵

He he he he
This song is all I could think about while reading this crazy a** book.
I guess my advise would be do not read the synopsis and just go for it because I made that particular mistake and almost chickened out of reading it. It seemed like the story was too far fetched and I have zero interest in aliens and space and stuff, I had the feeling it was going to suck big time. But lemme tell you!!! It didn’t suck, not one bit. It was amazing and engrossing and creative; I couldn’t stop reading. I never thought I’d like a book about aliens and space but this author made me freaking love every single moment of this bizarre world where humans are living in space and at war with the aliens. I am so glad that the story didn’t turn into some stupidity about humans defeating these superior beings. The aliens were awesome and intriguing and bad ass and scary and lethal. Meanwhile the humans squirmed and fidgeted he he he
The story of Cameron and Brady happened so effortlessly. I am a sucker for the GFY stories. Cameron comes back from his little vacation in alien land and one mistake on the humans side links him to Brady and the rest is history.
I loved the link they shared, and that Brady was literally Cameron’s life source. That part was real hot! And so was everything else that transpired between these two.
I liked Brady’s real emotions about aliens. He was genuine about the fear. It would have been dumb if he was into them as well.
I also liked Cameron. He was just so vulnerable, I wanted to rest his head on my bosom and comfort him.

dreamyraynbo
4,0 van 5 sterren Great, and the sequel is even better!
27 april 2018 - Gepubliceerd op Amazon.com
Geverifieerde aankoop
Great story, although it's a little light on plot and heavy on romance. Fantastic writing and the characters, particularly Brady, are amazing!t well written. Trigger warning for some pretty awful stuff, including rape, but there's always a hopeful turn, with a happy ending to boot.

The second book in this duology is honestly amazing. I'm awake much later than I should be because I absolutely couldn't stop reading. Brady and Cam absolutely came to life for me, as did the myriad secondary characters and their horrible and wonderful and so very human actions. Again, ultimately, there is a happy ending. Thankfully, because my heart would have broken otherwise.

Amazon Customer
5,0 van 5 sterren Why Don't You Just Cut my Heart Out?
14 oktober 2014 - Gepubliceerd op Amazon.com
Geverifieerde aankoop
Seriously, I love science fiction/space opera. And I love gay romance. So, I thought this would be a good read for me.

Yes, in that the novel is brilliant, painful, full of trauma and feelz; if you're looking for a light beach read, go somewhere else. This book grabbed me around the neck and rubbed my face in some really terrible things. Fear and regret, responsibility and anger, rape and beatings and homophobia and self-loathing.

And no for all the same reasons; I read it on the recommendation of a friend so I didn't read reviews or anything. I was not expecting to have my heart carved out slowly, with surgical precision.

And yes, again, because the end is just brutal and awful, and then, at the last possible minute... Like a bad sunburn, that first moment you put aloe on your skin and the most blissful thing in the world is Not Being in Pain anymore... like that.

I ate the book up with a spoon in about two hours and will be following along behind this author for a while going "please sir, can I have some more?"
Meer lezen
6 mensen vonden dit nuttig
Vertaal recensie in het Nederlands

sfjohn
3,0 van 5 sterren Good relationship building, unimaginative Sci Fi
12 juni 2018 - Gepubliceerd op Amazon.com
Geverifieerde aankoop
Real mixed feelings about this one. The Sci Fi aspects of this book were unbearably bad at times. The description of the main characters barracks and a vending machine to buy cigarettes & snacks really took me out of the story. The Doctor providing lube & condoms... it’s more like the 1950s than the future. However, that being said I really enjoyed the evolving relationship, and felt like the book ended far too soon. I guess that’s why there is a second book. Very torn on whether to read it or not...
Meer lezen
2 mensen vonden dit nuttig
Vertaal recensie in het Nederlands

Joelle M
5,0 van 5 sterren Dark Space is the kind of book that sneaks up on you and makes your eyes leak.
8 september 2018 - Gepubliceerd op Amazon.com
Geverifieerde aankoop
When I first read the blurb, I was curious how/why Cameron Rushton would need a heartbeat. I mean, did he not have one? Being that this is a sci-fi book where anything is possible, I wanted to read it and find out. I didn't expect it to happen the way it did but I loved it. I loved that Cam and Brady were forced to stay close to each other. Sometimes it made things awkward, sometimes it was funny and sometimes it was pretty heart-wrenching but it was also intimate and sweet too. I loved how Brady's touch helped Cam and how Cam was there to help calm Brady. I truly adored them together.

I found myself completely wrapped up in them. When the Faceless arrived I knew that things weren't going to work out the way I wanted and I hated it. My heart broke for these guys and even now, almost 24 hours later, my heart is still raw.
Meer lezen
Vertaal recensie in het Nederlands
Ga naar Amazon.com om alle 124 recensies te bekijken 4,6 van 5 sterren
Terug naar boven
Over ons
Verkoop bij ons
We helpen je graag
© 1996-2020, Amazon.com, Inc. en dochterondernemingen