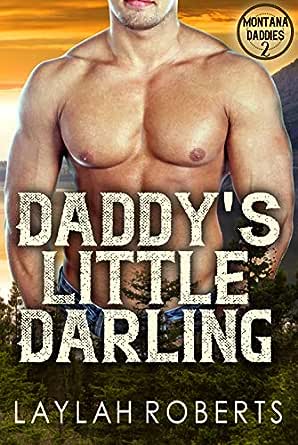 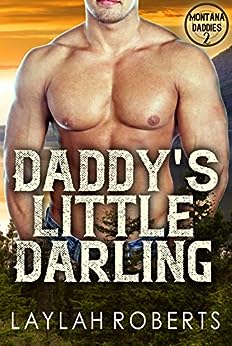 She was desperate, homeless and alone…
Charlie was used to fending for herself. She wasn’t necessarily that good at it, considering she was currently living in her car, but it was the only life she knew. She didn’t have family or friends and she certainly wasn’t used to anyone caring about what she did.
Then she takes a temporary job on Sanctuary Ranch, where the men are all dominant and alpha and the woman are cherished and protected. And suddenly there are rules, and consequences for breaking them, and she isn’t certain how she feels about that. Considering the man acting as her guardian is also her boss, and the sexiest, most dominant man she’s ever met.
He’s blunt, gruff and used to getting his way…
Clint likes to be in control. Craves it. What he doesn’t like are surprises. And that’s exactly what she is. A complete and utter shock to the system. She’s in need of a protector, a Daddy to take care of her.
But that someone can’t be him.

Contains one totally Alpha Daddy Dom and a woman who manages to tug at his every protective instinct.

RatherBeReading
3,0 van 5 sterren Bad Daddy!
13 februari 2020 - Gepubliceerd op Amazon.com
Geverifieerde aankoop
I was very disappointed when Sanctuary Ranch boss Clint so badly neglected Charlie when she first got there. She didn't know whether she was staying or going, and was being abused, and he chose to be ignorant and then rationalize his actions. Bad Daddy! He deserved a punishment himself. Especially, since he was the one who showed the better 'Daddy dom behavior' in book 1 when Bear screwed up. I wanted more of that Daddy dom. He was really caring and protective. And then the second half of this story felt like it was more about his demands and punishments, than their new relationship. I wanted more cuddly loving and spoiling. And I wanted to find out where she learned to cook if she had no personal training. We never did find out why old man Allen acted the way he did either. Definitely not as good as Book 1. :-/
Meer lezen
Vertaal recensie in het Nederlands

Trouble
5,0 van 5 sterren I'm loving me some Montana Daddies
2 augustus 2019 - Gepubliceerd op Amazon.com
Geverifieerde aankoop
I really like this series of books. The characters all have their unique personalities which are not always shiny and new. The flaws make the stories "pop" and take a boring narrative to the wonderful writing you have here. I love the DDlg aspect of the stories and the should I/shouldn't I dilemmas the characters face. It gives you a warm fuzzy with the HEA with no cliffhanger.

Characters from the prior book appear here, but this story is standalone with a focus on a new couple.

I highly recommend this author and this book!

Dandy Diz
4,0 van 5 sterren Love this series
2 augustus 2019 - Gepubliceerd op Amazon.com
Geverifieerde aankoop
I am a huge Laylah Roberts fan so any time a new book is published its on Pre-Order. So after reading the first book I couldn't wait for the second one. Just the idea that Clint, the all knowing and wise, would be challenged by a Little of his own was so enticing.

What annoyed me was his indifference which led to unimaginable consequences for Charlie. For a character who was raised to know better be more observant none of what took place made sense to me. This could have been a 5 star review if the book had been a few chapters longer allowing the reader to see Clint and Charlie's day to day new relationship unfold.

I look forward to more books in this series. Perhaps Kent next????

Kindle Customer
5,0 van 5 sterren Amazing
25 november 2019 - Gepubliceerd op Amazon.com
Geverifieerde aankoop
Clint is the protector, he likes things in order and done his way. He expects people to follow his orders and he wants to see his family and friends happy.

Charlie is not used to having someone looking out for her. She’s always only had herself to depend on. Clint shows her what it’s like to have someone care and protect her.

This is a fun and engaging story. Full of surprises and love. It’s a fun read that shows us that everyone needs someone to care and love them. Clint and Charlie need each other and their love is wonderful to read.

Sue T.
5,0 van 5 sterren Moving to Montana...
23 augustus 2019 - Gepubliceerd op Amazon.com
Geverifieerde aankoop
I’m really enjoying this series. The author has a way of humanizing her characters...they aren’t perfect but they are perfect for each other. But first they need to make their way through the obstacles that are life to find that each of them is exactly what the other one needs. Am looking forward to the next release, knowing that this very special ranch is going to corral yet another new couple. Let the fireworks begin! Fast, hot read - always leaves me wanting more.
Meer lezen
Vertaal recensie in het Nederlands
Ga naar Amazon.com om alle 106 recensies te bekijken 4,4 van 5 sterren
Terug naar boven
Over ons
Verkoop bij ons
We helpen je graag
© 1996-2020, Amazon.com, Inc. en dochterondernemingen