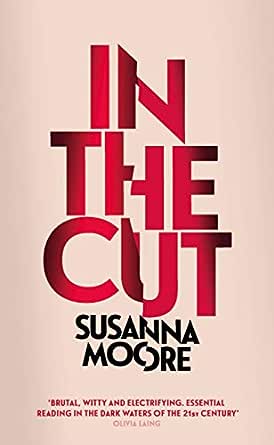 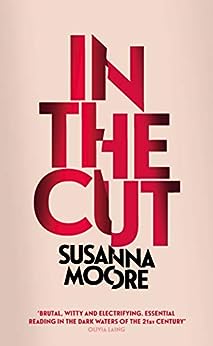 * A GUARDIAN BOOK OF THE YEAR *

* A TELEGRAPH BOOK OF THE YEAR *

* AN IRISH TIMES BOOK OF THE YEAR *

'Imagine Gone Girl had it been co-written by Mary Gaitskill and Lydia Davis and you're heading in the right direction' Olivia Sudjic, Guardian

'Not a word is wasted in this examination of one woman's sexual odyssey as Moore builds to a shattering climax.' Sarah Hughes, the i

'An uncompromising excavation of the darker reaches of female desire ... one of the most devastating things I have ever read' Irish Times

'Deep red and as hot as hell' Preti Taneja

'One of my favourite books' Megan Hunter

One evening at a bar, she stumbles upon a man, his face in shadow, a tattoon on his wrist, a woman kneeling between his legs. A week later a detective shows up at her door. The woman's body has been discovered in the park across the street.

Soon Frannie is propelled into a sexual liaison that tests the limits of her safety and desires, as she begins a terrifying descent into the dark places that reside deep within her.

One evening she's in a local bar headed for the basement ladies room. She accidentally walks in on a man and a woman during an intimate moment. His face is in the shadows. but she remembers well the tattoo on his wrist. The woman is young, with red hair.

Homicide detectives show up asking questions about the latest woman to be murdered in her neighborhood. From there, she enters into an explicitly intimate relationship with one of the detectives ... who has a tattoo on his wrist.

This book is not for the faint of heart. It's raw, it's dark, it's gritty. The intimate times are graphic and vivid. Nothing is hidden from the reader. Language is harsh and unrelenting.

IN THE CUT is a well written erotica thriller, with psychological overtones, along with characters and events that literally will have you checking the doors and windows .... and if you are a woman, will have you taking a second or third look at the men in your lives.

lgd
2,0 van 5 sterren ungenerous
23 november 2012 - Gepubliceerd op Amazon.com
Geverifieerde aankoop
I have a strong stomach for literary gore. I love eroticism in fiction. I thought that the two of those combined would make a good read, but i was sorely disappointed. Where was the thriller in this book? I'm still wondering? I couldn't really care less that another Jack the Ripper had shown up in lower Manhattan. The lead character is stubbornly dense, and I'm being kind. She's a teacher who, among the other men she decides to have a go with, also decides to get involved with her student, because why? She's a confused slut? She has no morals and it makes it easier for us to contemplate her fate? I mean really, like I said, my judgement of this character has less to do with what she does than who she does it with, which I find mind numbingly predictable.

So if you can stomach the tackiness inherent in the shallow main character, and the decorative cast behind her that slouch across the page, you will find the plot unfolds to reveal a "thriller." These days, it seems, authors don't feel any obligation to explain to the reader the inner workings of the character's motivations, nor of the reasoning behind any of the major plot turns of the novel. The killer makes off with a character in the book, why? Oh, he's a serial killer. That's all you need to know. Too bad about the connections to the main character, all you, the reader needs to know is that the noose is closing! Beware!

The same with the sexual connections, they're made without thought, without deeper meaning. They just are there. A contempt for the reader is inherent in this way of writing, and as a reader, you can believe I take it very personally. I don't want it all explained to me, but I don't want to have to overthink it either, author, especially when the main characters are unpleasant, and not really worth the thought. It's a singularly ungenerous, miserly, and yes, shameful way of constructing a novel, a cheap trick of a book. Don't bother, it's not worth your time.
Meer lezen
9 mensen vonden dit nuttig
Vertaal recensie in het Nederlands

Colo Reader
4,0 van 5 sterren Better than expected.
29 november 2017 - Gepubliceerd op Amazon.com
Geverifieerde aankoop
Purchased this book on its reputation of being a sophisticated erotic adventure. I must admit I found it much more than that. Moore weaves a very nice structured story that delves into human emotion, realistic bad-cop behavior, smudges of academia, and yes a good dose of well-done sex. A shortish story, done in the first-person, present from a female perspective. Excellent writing. Clever development of conflict with the protag: a word nerd with an uninhibited appreciation for screwing around with obvious danger.
Meer lezen
Een iemand vond dit nuttig
Vertaal recensie in het Nederlands

Atticus Finch, Brooklyn
5,0 van 5 sterren Beautifully written thriller with a shocker of a climax
17 januari 2005 - Gepubliceerd op Amazon.com
Geverifieerde aankoop
I read this book prior to seeing the film, which was not a good representation of the novel. Frannie, the narrator and central character, comes across as a curious mix: mysterious (Is it love she wants?), and yet looking for an erotic-romantic involvement. In the novel, she does get involved with a detective investigating a murder case who very well may turn out to be the murderer. She teaches English in NYC and is writing a work devoted to street slang. "In the Cut" refers to a warm place according to the author -- an "intimate" warm place. As the title suggests, it juxtaposes sexuality with violence and it works beautifully, written in exquisite prose with a sure hand. I intend to re-read it to look for more clues. Should you decide to read it, don't let anyone reveal the last 5 pages. I was unsettled for about a week.

Also, the novel is written in first person, heightening the shock of the climax. Not for the sensitive, "In the Cut" is worthy of the accolades it received. The movie, by the way, changes the ending. I'd like to know why. The screenwriters left out the gut-wrenching climax. I was surprised to find out that Ms. Moore, the author, co-wrote the screenplay and obviously decided on the revision. The ending of the novel makes you literally leap out of your seat.
Meer lezen
7 mensen vonden dit nuttig
Vertaal recensie in het Nederlands
Ga naar Amazon.com om alle 93 recensies te bekijken 3,4 van 5 sterren
Terug naar boven
Over ons
Verkoop bij ons
We helpen je graag
© 1996-2020, Amazon.com, Inc. en dochterondernemingen