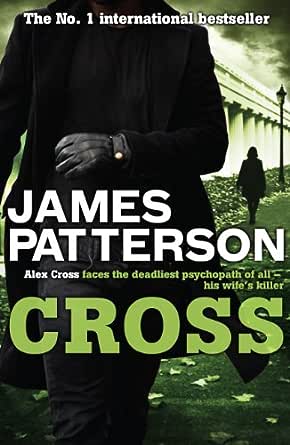 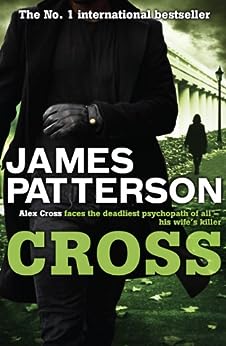 Alex Cross was a rising star in Washington, DC, Police Department when an unknown shooter killed his wife, Maria, in front of him. Years later, having left the FBI and returned to practising psychology in Washington, DC, Alex finally feels his life is in order... Until his former partner, John Sampson, calls in a favour. John's tracking a serial rapist in Georgetown and he needs Alex to help find this brutal predator. When the case triggers a connection to Maria's death, could Alex have a chance to catch his wife's murderer? Will this be justice at long last? Or the endgame in his own deadly obsession?
click to open popover

Kara J. Jorges
3,0 van 5 sterren Yawn
17 juni 2008 - Gepubliceerd op Amazon.com
Geverifieerde aankoop
The story begins when Alex Cross' idyllic life is shattered by the hit man who murders his wife. Cross had been a cop then, and the story jumps ahead to his career move to the FBI, after which an altercation with his grandmother prompts him to change careers again. In the present, Cross is a therapist raising three children with help from Nana Mama, and only occasionally consulting for the Washington PD or the FBI. He gets pulled into the case of a serial rapist only because he believes it's the same man who murdered his wife. The Butcher was a mafia hit man who had fun mutilating his victims, and the FBI has wanted him for a long time, but he's like a shadow who leaves no trace of himself. In actuality, he's been raising a family in the suburbs, occasionally taking a job or venturing into the city to commit a rape or a murder, photographing his grisly deeds to frighten future victims.

The story ambles along following both the lives of Alex Cross and the Butcher, Michael Sullivan. Sullivan is an interesting character, though his family life doesn't exactly ring true and there are several violent incidents he'd have a tough time explaining to his family that get glossed over and forgotten. Alex Cross is as exciting as oatmeal. The author obviously thinks highly of him, but I found him a bit too much of a great guy. He's one of those people who can whimsically pick and choose from professional careers, and never utters a misplaced word or commits a dastardly deed. And what a dad! He's also the hope and salvation of more than one branch of law enforcement because he's such an incredible detective, but he's so terribly bland about it, I found myself wishing something bad would happen just to liven things up. Also, in an apparent bid to ensure the book made money even if sales were low, Patterson seems to have worked out a deal with Mercedes, singing the praises of their crossover vehicle several dozen times too often. I half expected to see Mercedes in the acknowledgements, or at least find their logo on the cover.

Though I have read a Women's Murder Club book by Patterson and liked it a lot, that same feeling did not translate to this book. Not only was the change between points of view jarring, Alex Cross is a snore. He's easily the most vanilla lead character I've come across in a long time. Patterson has quite a following, and some of his books are good, but this one fell far short of impressing me.

Sky
3,0 van 5 sterren Signals Crossed
10 december 2007 - Gepubliceerd op Amazon.com
Geverifieerde aankoop
The James Patterson books that I've read are super quick reads. Lot's of chapters with lots of white-space between each chapter. A great, down-to-earth writing style that any 'normal' person can relate to. And most importantly: lots of action.

It's no wonder every writer under the sun is trying to get Patterson to attach his name to their own novels. Man, I think that there were four titles on the rack of popular books at the airport this week that had James Patterson's name on the cover either by himself or with a co-writer.

So is all this 'writing' burning the guy out? Because while Cross had the traits that I mentioned earlier, the story was not quite as well put together as what I was used to from Patterson.

It's actually been a while since I sat down with one of Patterson's Alex Cross stories (2003's The Big Bad Wolf). So for Cross, I was a little rusty on some of the lead protagonist's background. Hence, when Patterson started jumping around in timeframes in Cross, I found it confusing. One minute in the early stages of the book we're back like over 10 years ago, the next minute were in the present day. And those time frames would probably be crystal clear to an avid follower of the Alex cross novels, but they were lost on me until I kinda had to put it together myself.

I mean the words were there to distinguish the different time periods, but if you blink, which I apparently did, you might miss the transformation(s).

And then Cross ended so abruptly. The book deals with the hunt for a brutal serial rapist/killer that may have more connections to Alex Cross than he bargained for. Brutal rape/murder after brutal rape murder occur, and at the end of the story you're screaming for a justice equal to the atrocities that the bad guy has committed. But ultimately what I got just didn't feel 'right'. It felt 'rushed'. Like Patterson needed to get to his next co-write appointment.

So overall, I did get wrapped up and thoroughly engrossed in the story. But I certainly didn't walk away with that satisfying Along Came a Spider or Kiss the Girls kind of feeling. Cross did do it's job however as a companion on a flight with two 4 hour legs and a few hours of down-time on recent holiday.
Meer lezen
2 mensen vonden dit nuttig
Vertaal recensie in het Nederlands

Volunteer Coordinator
5,0 van 5 sterren Excellent story line and attention to detail
30 april 2017 - Gepubliceerd op Amazon.com
Geverifieerde aankoop
A mafia hit man is going around the world killing people ,and disfiguring them after they die, and them committing a rape in the general area afterwards.He tells the ones he allows to live not to say anything to any one and shows them pictures of people he has cut up , to maintain their silence.
One of these victims talks to Maria Cross, the Doctors wife who is a nurse, but refuses to identify her attacker.
The killer realizes this victim did indeed talk and he kills her and cuts up her face and then he tries to kill Maria Cross.
Dr. Cross, a psychologist now, is brought into the case when the killer goes into his home to kill his wife, but leaves after talking with him for a couple of minutes. Maris is killed later that day.
Dr. Cross becomes a consultant on the case and follows leads all around the D.C. area.
Excellent story line and attention to detail, as is common with this writer. A great book in the series of Dr. Alex Cross.
Meer lezen
6 mensen vonden dit nuttig
Vertaal recensie in het Nederlands

bjena
5,0 van 5 sterren "Alex Cross" by James Patterson
13 januari 2013 - Gepubliceerd op Amazon.com
Geverifieerde aankoop
I brought this book for my son as he picked up a copy at work and did not get a chance to finish reading it before he has to return it. I was totally suprised when he asked me if I had a copy of this book as he normally doesn't read books, therefore I was very happy to buy it for him. ( I had a copy of this book, but lent it to someone and never got it back).
I love all of James Patterson's books! I think I have read most of them and am always looking for any that I might have missed.
I am hoping ttat I have picked up another fan for James Patterson as my son is now reading his "Jack and Jill" book and is loving it, which makes me very happy as reading to me is as important as living!!!!
Meer lezen
Een iemand vond dit nuttig
Vertaal recensie in het Nederlands
Ga naar Amazon.com om alle 781 recensies te bekijken 4,4 van 5 sterren
Terug naar boven
Over ons
Verkoop bij ons
We helpen je graag
© 1996-2020, Amazon.com, Inc. en dochterondernemingen