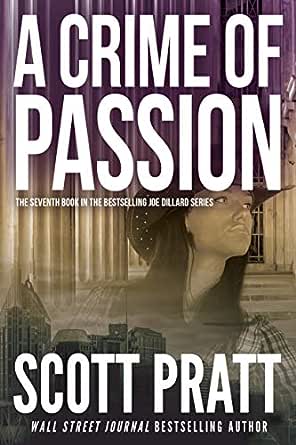 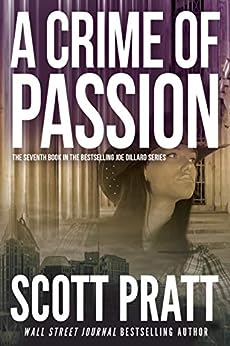 An Amazon Top 30 bestseller.
***Each Joe Dillard novel can be read as a standalone.****
A beautiful, young, rising star in the country music world is found dead in a Nashville hotel room.

The owner of her record company is charged with murder.

In the seventh installment of Scott Pratt's bestselling Joe Dillard series, Dillard is hired to travel to Tennessee's capital city to defend Paul Milius, a record company baron accused of strangling Kasey Cartwright, his label's young star. Dillard navigates Nashville's unfamiliar legal system and the world of country music in search of the truth, but he soon finds himself confronted with a web of lies so masterfully woven that he fears he may never find any answers. As the trial begins and the tension mounts, Dillard fears that not only will his client be wrongfully convicted, but that Dillard himself may not survive.

"Pratt's richly developed characters are vivid and believable, especially the strong Southern women who fight their male-dominated culture from behind a facade of vulnerability." -Publisher's Weekly
click to open popover

W. R. Jongejan
5,0 van 5 sterren Please go on writing
16 augustus 2015
Indeling: Kindle-editieGeverifieerde aankoop
In the last few days I have read all the 7 Dillard books. I hope mr Pratt will go on writing many more books. I will buy them. I love the fast pacing stories. The all american happy family of Dillard maybe a bit overdone, but who cares. The cynical view on american justice is a confirmation of my view of it, as a Dutchman. The american system and especially all the political ties are shocking for me as accustomed to our system. But we also have judges that are complete fools and lawyers and DA's etc who shouldn't be in the profession at all. So which system is perfect? We are working with imperfect people, and so the system will never be perfect. I do not want to spoil the contents of the books but I want to mention that I read all the books in a few days, as they are page-turners and iI could not put them away! Great stories, believable stories, believable characters, although the family Dillard is almost too perfect. Please Mr Pratt, We Want More!
Meer lezen
Nuttig
Commentaar geven Misbruik melden
Vertaal recensie in het Nederlands
Alle 1 klantenrecensies bekijken
Klantenrecensie schrijven

Kiwes
5,0 van 5 sterren Joe Strikes Again. . .
3 december 2018 - Gepubliceerd op Amazon.com
Indeling: Kindle-editieGeverifieerde aankoop
This is the seventh installment of the Joe Dillard series. Joe is the type of attorney the reader has to fall in love with. There isn’t any room for any ‘lawyer jokes’ with this character. What I love about Joe is that he shoots straight from the hip—no chaser! You either accept what he has to tell you, or you don’t, but not matter what, Joe is going to do what is best for him.

With his wife still battling cancer, Joe had a very important decision to make. He’s been offered a million dollars to handle an extremely high-profile case of record company mogul, Paul Milius. Paul is accused of murdering one of his star recording artist. The first thing that struck Joe as odd, including myself, I might add, is why on earth would this man murder his highest grossing recording artist? Paul would have to be the biggest fool in Tennessee. But, as the reader continues on the journey with Joe, it soon becomes apparent, that what we’re being told, isn’t quite the whole story.

While Joe is fighting it out with his new client, his family is a little disturbed that he’d take this job in the first place, considering what his wife is going through. Joe’s family should have known there was no cause for concern, because Joe’s wife, his love of his life and voice of reason, instructed her husband to take the case. It’s not every day a client comes to you offering a million dollar retainer to try his case. As Joe gets to the nitty and gritty of the story, the reader will soon discover that Paul Milius may have more to hide than what you see on the surface.

As usual, Pratt is one of my all-time favorite legal authors for a reason. His Joe Dillard series is outstanding and feels so real. I honestly forget Joe isn’t a real person, but he sure does feel real to me. I would love to see this series up on the silver screen. I think it would make for a great box office hit. Well done, Pratt! I can’t wait to read the next book in the series.
Meer lezen
7 mensen vonden dit nuttig
Vertaal recensie in het Nederlands

I recommend the Joe Dillard series to anyone who enjoys suspense, legal intrigue, and just plain good writing that will keep you reading late into the night. During the days, dust bunnies will proliferate, dishes will sit in the sink, and dinner will come from your favorite delivery service so you don't have to take time to cook. Instead, you'll keep on reading "the [whichever Dillard] book." You will find compelling stories in any one of these eight books. Each is a standalone novel, although I did read them in sequence. I enjoyed A Crime of Passion, although all of the books are really great. You won't be sorry if you pick up any of them.
Meer lezen
11 mensen vonden dit nuttig
Vertaal recensie in het Nederlands

Matt Pechey
4,0 van 5 sterren Another Pratt Winner...
7 september 2016 - Gepubliceerd op Amazon.com
Indeling: Kindle-editieGeverifieerde aankoop
Pratt returns with another Joe Dillard novel, sure to entertain those who love the legal thriller genre. Just as Dillard is keeping things balanced at home around the holidays, a call comes in, seeking some high-profile legal representation down in Nashville. Dillard agrees to the high retainer, hesitant that his personal life might be a house of cards ready to fall. When an up and coming country singer is found dead in her hotel room, the well-to-do music producer is the prime suspect, especially after a highly-public confrontation. His sex addiction issues rampant and rumoured illicit relationship with young Kasey Cartwright, Paul Milius must clear his name before it's too late. Meanwhile, whispers of a hit man being put in place to remove both Cartwright and Milius from the scene keeps Dillard on his toes if he hopes to put that before the court and clear his client. Wonderfully told and with a great legal twist, Pratt has made a name for himself in the genre, as well as the larger writing community. Proof positive that indie writers can make waves amongst those shrouded by big publishing houses.

I remember stumbling onto a Scott Pratt book one day in he library, unsure what to expect of a legal thriller set in Tennessee. By the time I finished the first novel, I was hooked and could not get enough. It's not finely tuned legal drama, nor are the stories filled with a great deal of character build-up. They are simple in their creation and allow the reader to get a quick and yet thorough view of the big picture story. Pratt knows how to mix lawyering with personal story to keep Dillard from becoming too one-dimensional, especially with the great nuances the larger Dillard storyline. With some twists and turns throughout, Pratt delivers a nicely honed book, sure to impress his readership.

Kudos, Mr. Pratt for your wonderful story and great addition to the series.

Kindle Customer
5,0 van 5 sterren of this wonderful and riveting legal thriller series Set in Nashville
18 maart 2016 - Gepubliceerd op Amazon.com
Indeling: Kindle-editieGeverifieerde aankoop
The last (to date) in the continuing story of Joe Dillard, criminal defense lawyer, of this wonderful and riveting legal thriller series Set in Nashville, TN, Dillard defends a music producer accused of murdering his young, up-and-coming star. In fact--and this is not a spoiler--the wife of the accused has hired someone to kill the singer and frame her wealthyproducer husband. Pratt has created a smart, moral character (not without his flaws), and consistently produces wonderful courtroom scenes with clever and believable dialogue. The ending is unexpected--and perfect. Running throughout this entire series is the story of his wife's ongoing struggle with cancer, and the supportive and loving relationship he has with her and his two grown children. He's a character to love and admire, and I can't wait for the next book--Number 8--to be released.
Meer lezen
11 mensen vonden dit nuttig
Vertaal recensie in het Nederlands
Ga naar Amazon.com om alle 3.281 recensies te bekijken 4,6 van 5 sterren
Terug naar boven
Over ons
Verkoop bij ons
We helpen je graag
© 1996-2020, Amazon.com, Inc. en dochterondernemingen