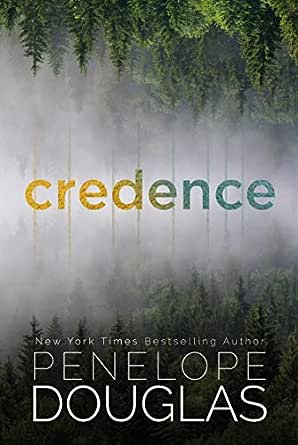 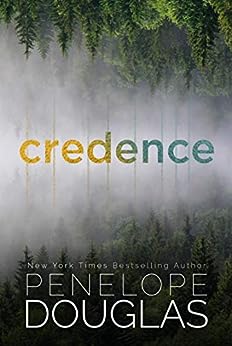 
Three of them, one of her, and a remote cabin in the woods. Let the hot, winter nights ensue...

Tiernan de Haas doesn't care about anything anymore. The only child of a film producer and his starlet wife, she's grown up with wealth and privilege but not love or guidance. Shipped off to boarding schools from an early age, it was still impossible to escape the loneliness and carve out a life of her own. The shadow of her parents' fame followed her everywhere.

And when they suddenly pass away, she knows she should be devastated. But has anything really changed? She's always been alone, hasn't she?

Jake Van der Berg, her father's stepbrother and her only living relative, assumes guardianship of Tiernan who is still two months shy of eighteen. Sent to live with him and his two sons, Noah and Kaleb, in the mountains of Colorado, Tiernan soon learns that these men now have a say in what she chooses to care and not care about anymore.

As the three of them take her under their wing, teach her to work and survive in the remote woods far away from the rest of the world, she slowly finds her  place among them.

And as a part of them.

She also realizes that lines blur and rules become easy to break when no one else is watching.

One of them has her.

The other one wants her.

He's going to keep her.

shabbyarora
5,0 van 5 sterren Lust, Learn, Love.....& Listen!
15 januari 2020 - Gepubliceerd op Amazon.com
Penelope Douglas: Expect the Unexpected.
She pens astounding, jaw dropping stories with tongue-in-cheek bravado and exhilarating narration which keeps the mercury rising
Devilishly Divine, Passionately explosive and deeply explorative of all the complexities of human relationship scenarios, she introduces the Van Der Berg men in all their manly glory. Residing up in the mountains of Chapel Peak, Colorado, they're rugged and handsome, living in seclusion. They haven't had a woman live with them for years, almost animalistic, they eat, mate and fight. but peace in their tostesterone haven is soon sent in upheavel as their orphan cousin, Tiernan De Haas comes to live with them. I have to mention something here, Pen's heroines have a commonality, they're young but have chutzpah, their physicality contributes to their beauty as much as their character which is very attractive. Tiernan displays an amazing range of sensibilities. She's forlorn, colorless and vapid to begin with, but soon develops wings like a butterfly and finds her place in their home. Her multi faceted personality gets too big to be contained in the House so she sets off to find herself.
“At some point, you started denying yourself anything that made you happy. Out of spite, maybe? Or pride? Candy? Toys? Pets? Affection? Love? Friends?
“You’re going to look in the mirror at the seventeen-year-old girl in a fifty-year-old body and realize you wasted so much time being devastated at how those who didn’t love you that you forgot there’s an entire world of people who will.” **heavy**
Pen is also partial to Bad boy Alphas, a weakness of taboo forbidden trope readers. Jake, Noah & Kaleb are bursting with unharnessed sexuality, at logger heads most of the time, scattered and nursing broken hearts at all times. A triumvirate of pulse pounding magnetism and in walks in Tiernan. They become her would-be nemesis - "The Storm, The Whirlwind & The Earthquake"

“When the world feels small, nothing can hurt you. But then you realize you’re the only one who fits there in that small world, and being alone feels worse than not feeling safe.”

One HAS her, One WANTS her but HE..... He will KEEP her!
There's a FOURTH entity that plays an important part in it all- The House At The Peak
It's represents different things to all 4 people. it's refuge for Jake, it's a prison for Noah, it's a hideout for Kaleb but it's a retreat of sorts for Tiernan. Pen puts all of them in a house, cuts them off from the world and covers them under a huge, thick tarp of snow, till the warring passions illuminate it up from within. It gets warmer, hotter, bursts with fireworks, fills with banter and laughter, sounds of work tools mix with panting breaths, hammers on nails and slaps on skin intermingle, running showers and crescendo of moans resonate and it becomes a Home: A feeling, not a place
I have to mention A particular scene here almost in the middle of the book. It's a very physical scenario, senses start to tingle which triggers a mindbending kiss. But What is a scorching, incinerating scene suddenly stops, Turns, Flips and nose dives straight into the abysmal depths of gut wrenching emotions. Lust dissolves into tears, moans turn to sobs and I'm all agog at Pen's talent & magnitude of sentiments of the scene before me... !!!

It's a Perfect storm of connection . Tiernan is a smart girl, she gives all 3 what they're missing from their lives. She's a kindred spirit for all 3 . Acknowledging their existence, their struggles and their silence and in turn she gets to Belong
And of course you cant have all that heat and not have an outlet, some of the HOTTEST SEX I've read...ever!! Legit knicker-scorcher, set your kindle on fire, B.O.B to the rescue scenes

“The notches go all the way to the buckle,” I point out. “I’m flattered, but my waist isn’t that small.”
Noah leans in, whispering, “But your wrists are.”

Hormones swell up like a rushing creek, gathering momentum and soon they burst forth in a definite roar and unstoppable force like a waterfall.
BUT the FEELS are what will drown you, devour you, subsume you from head to toe till it's white out of acute pain and miserable grief. I've cried bucketfulls of #HornyTears and curled up in a ball

“We were forced together and stuff happened.My only wrong-step was falling in love with one of them. ”

Open all the windows and doors of your mind before you start cause you'll be Breathless soon, gasping, groaning, moaning and you'll need to stop and take deep breaths often..but pray continue. You're in for the ride of your life!!
Enjoy the magnificience, the power of the fall but go take a peek behind it, there's a hidden cave decorated with beautiful sentiments drawn on the walls, it's a tunnel of warmth and love.
Get soaked and soak up the love
4.5 stars for Lust, Learn, Love...... & Listen
Meer lezen
95 mensen vonden dit nuttig
Vertaal recensie in het Nederlands

Amazon Customer
3,0 van 5 sterren Virgin girl man whore guys
15 januari 2020 - Gepubliceerd op Amazon.com
Contains spoilers
I was really looking forward to this book from all the teasers. I honestly thought it might be a reverse harem situation. In some ways it was but she does end up with just one in the end. I think what bugged me the most is it’s the same old situation. Virgin girl and man whore guys. She literally hears and sees them constantly having sex and then has no problem letting them have sex with her. When she finally starts having sex with one of the men another one holds her down and spits in her face and writes slut on her forehead. So he can bang anything but she is a slut for sleeping with one of them. And she doesn’t end up doing anything about it. Also her “uncle” seems to like young girls. And he is constantly getting it from a young girl but he still pursues his 17 year old niece. I mean if he was a lonely mountain man who was grieving over his first love I could see it but he is getting it on the regular and doesn’t love her like pike in birthday girl. So he just wants her because he wants her which to me kind of cheapened the relationship. I just wasn’t into this book but still love pen Douglas and will download any book she writes as soon as it releases. I was just hoping for more. The relationships just didn’t play out where it made sense to me and I was tired of reading how much sex the guys were having and there she is a virgin just waiting for them.
Meer lezen
74 mensen vonden dit nuttig
Vertaal recensie in het Nederlands

You think you see naughty/dark in Corrupt and Birthday Girl but this is a Penelope Douglas you ain't ever seen before. And I sure as hell hope we see more of this from her. Please Pen keep pushing the boundaries, babe. This right here is your niche.

Forwarned: Credence is taboo and absolutely dirty as f*^$, in the most delicious way. If taboo is not your thing don't read and if it you are in for one hell of a ride! Pen knocked this book out of the box. She nailed it. Gave me everything I didn't realize I needed. There were topics I normally wouldn't touch with a ten foot pole and she had me glued to the pages. It kept me riveted, especially on a subject matter that gives me the creeps. I've read this twice now and it only just released. This is why Penelope Douglas will always, always be one of my top 5 authors.
Meer lezen
47 mensen vonden dit nuttig
Vertaal recensie in het Nederlands
Ga naar Amazon.com om alle 447 recensies te bekijken 4,6 van 5 sterren
Terug naar boven
Over ons
Verkoop bij ons
We helpen je graag
© 1996-2020, Amazon.com, Inc. en dochterondernemingen