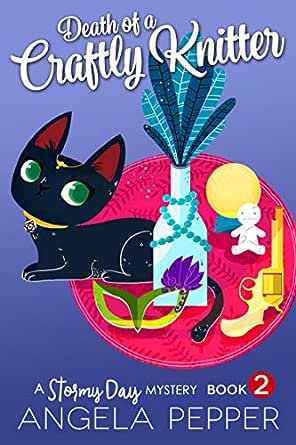 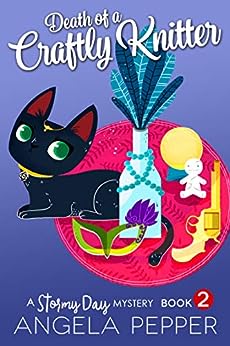 learn2read121
2,0 van 5 sterren Will pass on any further books by author
18 januari 2019 - Gepubliceerd op Amazon.com
Geverifieerde aankoop
This was a fast read only because I started to skim through the rest of the book after about a third way through. Did I read the whole thing, yes, just quickly passed over the contrived dialogue. The story started off well promising to be an interesting read, but went downhill from there with a rather anticlimactic ending. Neither the characters nor the story had much depth. SPOILER: Even the title was a misnomer—the whole knitting club thing being unnecessary to the story. Of the four romantic possibilities three of them, the ex-fiancé, ex-boyfriend (?) with 4 kids and a wife, 23 yr. old with frequent sexual innuendos were a total turn off and yet the author continued to insinuate a possible future romantic liaison with any one of them depicting the protagonist as either desperately lacking in morals or discernment. Will pass on any further books by author.
Meer lezen
20 mensen vonden dit nuttig
Vertaal recensie in het Nederlands

Nyssa
3,0 van 5 sterren Small Town Murder and a New Detective-to-Be
18 mei 2016 - Gepubliceerd op Amazon.com
Geverifieerde aankoop
Small town gift shop owner Stormy Day has a bad start to her new year when she finds the body of a self-styled psychic and would-be scam artist Voula Varga. She quickly finds herself in the middle of the murder investigation guided by her ex-cop father.

The book is fairly typical of the cozy genre complete with a cuddly pet cat and a main character who is the daughter of a retired police detective. The character of her father, Finnegan Day, is drawn as an active and savvy retiree and is one of the best characters in the book as he talks Stormy through the investigation and pushes her gently towards a possible career change to become a private detective.

The mystery was slow to get started and overall could have been improved by cutting a large chunk of budding possible romantic liaisons out of the plot. There is a small "ewww" factor with one of the potential boyfriends being someone that Stormy used to babysit a decade earlier and another being a married police officer who still carries a torch for her after a short fling with Stormy, pre-marriage.

The mystery itself was rather good once the romantic fluff was disposed of, which wasn't until a good one-third into the book. I'll probably try another in the series and hope for more emphasis on the mystery and a lot less on the possible suitors since I enjoyed the main characters more than the potential boyfriends.

Moderately recommended for the mystery or more highly recommended for readers who don't mind a dose of romantic games along with their mysteries.
Meer lezen
10 mensen vonden dit nuttig
Vertaal recensie in het Nederlands

Texas Gal
5,0 van 5 sterren Love this series!
29 juni 2015 - Gepubliceerd op Amazon.com
Geverifieerde aankoop
Clever and so much fun! I am enjoying the Stormy Day series and appreciate Angela Pepper's ability to make murder funny. This book is well written with great wordsmithing and free of repetitive phrases. The storyline is good, keeping the reader guessing. Characters are very likeable, like old quirky friends. One of the great perks is finding a series free of foul language and raunchy sexual content. This book, as the one previous, rely on good storytelling and characters you want to know & laugh with. I have found a new author to add to my favorites list!
Meer lezen
23 mensen vonden dit nuttig
Vertaal recensie in het Nederlands

Beckett Shiona
3,0 van 5 sterren Very Typical of the Cozy Genre
16 juni 2018 - Gepubliceerd op Amazon.com
Geverifieerde aankoop
I didn't enjoy this second Stormy Day mystery nearly as much as the first, although most of the characters are likeable and some enjoyably quirky, while the small town setting has a homey feel .But I found the (Spoiler Alert!) flirtation between Stormy and one of the detectives at the murder scene to be terribly distasteful. The "multiple hot men to choose between" scenario, too, should best be left to Janet Evanovich, who is a master at the art. Other than that, the book was well-written and well-edited, and the mystery plotted carefully enough, with plenty of red herrings and one plot twist that surprised me, that it kept my interest. I found that I resented the surprise at the end, obviously intended only to make the reader snatch up the third book. If I like a series, I'll continue; I don't need to be tricked into reading the next novel. The book was typical of the cozy genre, and since I enjoyed the first story in the series so much, I might continue with it, but I can't say that this second novel stood out as anything special.
Meer lezen
4 mensen vonden dit nuttig
Vertaal recensie in het Nederlands

jbucella@aol.com
4,0 van 5 sterren Puurfect Cozy Mystery
5 juni 2019 - Gepubliceerd op Amazon.com
Geverifieerde aankoop
The first book, Death of a Dapper Snowman, followed by Death of a Crafty Knitter, managed to keep my attention throughout the day. I found myself reading snippets of chapters in-between doing chores and cooking dinner. As a cozy mystery investigator, Stormy speaks to me as a reader and an owner of cats, who have also adopted me. The action never ceases and whenever Stormy thinks she is out of the dark and ready to relax, a new intrigue presents itself. Curious and independent, she escapes one trying relationship and seeks to reinvent herself in familiar surroundings. Though Stormy’s point of view, the reader becomes engages in these fast-paced mysteries.
These books are a must read for anyone who enjoys cozy mysteries and who is not looking for a crime stopper novel. Now onto book three of the series.
Meer lezen
Een iemand vond dit nuttig
Vertaal recensie in het Nederlands
Ga naar Amazon.com om alle 501 recensies te bekijken 4,4 van 5 sterren
Ontdek het beste van shopping en entertainment
Gratis en snelle bezorging van miljoenen producten, onbeperkt streamen van exclusieve series, films en meer
> Ontdek Prime
Terug naar boven
Over ons
Verkoop bij ons
Amazon-betaalmethoden
We helpen je graag
© 1996-2020, Amazon.com, Inc. en dochterondernemingen