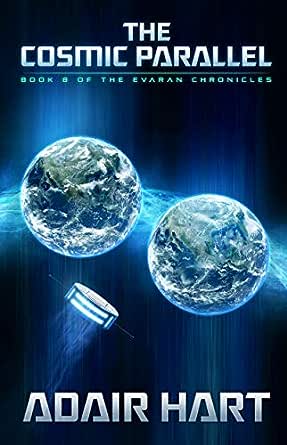 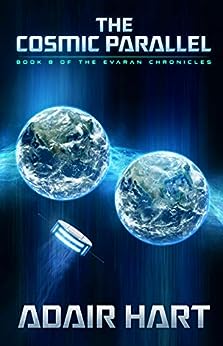 Not all prey is the same.

Dr. Albert Snowden just wanted to see a parallel timeline where Neanderthals were the dominant species on Earth. What he did not expect was a barren world. While investigating what happened, he, Evaran, Emily Snowden, and V are pulled into a trap created by a mysterious group.

One issue is that the trap forces the group to jump to parallel Earths. Another problem is that the Torvatta, Evaran's ship, is out of the picture. It does not help that the cosmic-energy-enhanced nanobots in Dr. Snowden and Emily are not working as intended.

To make matters worse, each jump to a new parallel Earth weakens them. Along the way, they meet Jelton Stallryn, a Rift Guardian, who has also fallen into the trap. Together, they will fight to escape and then track down the mysterious group responsible.
click to open popover

Tod with 1 D
5,0 van 5 sterren The series just keeps getting better
14 januari 2020 - Gepubliceerd op Amazon.com
Geverifieerde aankoop
This book about the adventures of Everan's gang featured some interesting and rather fantastic beings, both good and bad. This was very enjoyable. I was amused to read that Everan finally provided Emily and Dr. Snowden with toilet facilities after all this time! 😂
Meer lezen
Vertaal recensie in het Nederlands

Tom
5,0 van 5 sterren Review of : T!he Cosmic Parallel; Book 8 of the Everan Chronicles
25 november 2018 - Gepubliceerd op Amazon.com
Geverifieerde aankoop
See another book of the series completed and I feel a little sad, because it is the last so far. I still have the prelude book to read, so it isn't all bad. I have really enjoyed this series and hope Mr. Hart adds more books with Evaran and the gang as his characters. I hope you read and enjoy!
Meer lezen
Vertaal recensie in het Nederlands

R
5,0 van 5 sterren Parallel Worlds
25 augustus 2018 - Gepubliceerd op Amazon.com
Geverifieerde aankoop
Evaran and the gang while searching out a mysterious satellite but was transported to a Parallel World facing various dangerous situations along with another trapped individual they attempt to survive and return to their ship. Fast paced, lots of action, loved it.
Meer lezen
Vertaal recensie in het Nederlands

Debra Mandell
5,0 van 5 sterren Your Fan!
5 oktober 2018 - Gepubliceerd op Amazon.com
Geverifieerde aankoop
Wow! This is such a great ride. I can imagine myself there with Emily and Dr. Snowden. Surviving and jumping from place to place. You have a great imagination; and gift for writing. Can't wait for the next book!😄
Meer lezen
Vertaal recensie in het Nederlands