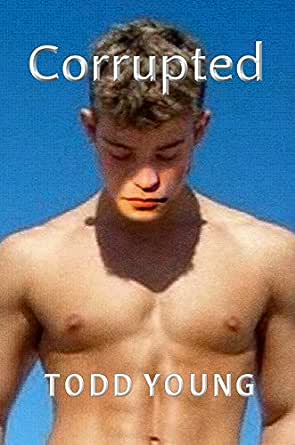 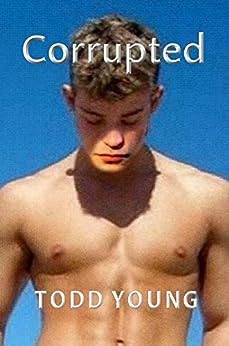 Brad is short of cash. He's lost his job, and if he can't find the rent money by Friday, he's going to be evicted.

He answers a job to work as a strip-o-gram, but ends up getting more than he bargained for.
click to open popover

Gea
4,0 van 5 sterren Sad but good
26 februari 2017
Indeling: Kindle-editieGeverifieerde aankoop
It's a sad story, but good nonetheless. And Bradley grows through his experiences.
Though he has a lot to deal with, he stays positive and takes his challenges head on.

What I enjoyed about this book was that it got me to keep going even though it's not the type of sex I usually enjoy because I think the writer did SUCH a great job at describing the characters and making us want to know more about them. Some characters were better developed than others (namely Brad), but all the characters were, in their own ways, pretty interesting. There was tons more that could probably have been done with these characters but for the length, and the content we receive, i think the author was able to do great things with the characters and telling us about their backgrounds. However, although the characters have more depth than I'd expect in a story that's probably 80% sex, at the end of the day it's still a story MOSTLY about sex. So, come on, we're not looking for that much depth.

I think Brad was wonderfully developed for what he was, as a person, even though I really didn't "like" him. I pitied him. I wanted something good to happen to him and I wanted for something to change (for the better) for him in his life. I hated the relationship he had with his best friend (if only because the other boy just never seemed to REALIZE how much Brad cared for him/did for him), but I also hated that Brad let himself be a doormat. With that said, once you come to terms with the fact that Brad is the type of person who is likely going to get used and abused (but might actually like it), the scenarios he found himself in were actually pretty damn sexy. One part of me wanted to protect Brad, like "oh, darling, please leave your leech of a friend; please go back to school; please don't spend money on that; and please don't walk into that seedy porn studio." But then one part of me really wanted Brad to hook up with said sleazy porn studio photographers so... I was rooting for a different ending from this story, but even though I was kind of disappointed in the end I was definitely well satisfied by the whole read and would totally love to read something from this author again!! :)

aviv shener
2,0 van 5 sterren Stupidity all around
29 augustus 2018 - Gepubliceerd op Amazon.com
Indeling: Kindle-editieGeverifieerde aankoop
This could have been good if it wasn't so bad.
The amount of times I rolled my eyes...
The author has no understanding on the way the male body works, seriously.
And the characters were ridiculous, my god.
The main character didn't even act human. He was like an alien who was coming all the time. Wow, stupidity level at a hundred.

The writing itself was decent at parts, but stupidity won at the end, and that is why this book is a disaster.
Meer lezen
Vertaal recensie in het Nederlands

annob129
5,0 van 5 sterren Unforgettable
1 januari 2018 - Gepubliceerd op Amazon.com
Indeling: Kindle-editieGeverifieerde aankoop
Not a romance even though there are romantic emotions, but a tale of young person who is getting close to rock bottom, and with no real support system to keep him from spiraling downwards. As a reader you want to tell the main character to make other choices but he is young, inexperienced and helplessly in love, so he deals with events the best he can at the time.

Gritty but very real take on the idea 'love is blindness', emotionally naked and raw, and I will never forget this book. Nor regret I read it, no matter how hard it was to observe the events as they unfolded. The writing and concept was excellently well executed by Todd Young.
Meer lezen
Vertaal recensie in het Nederlands

Definitely wasn't happy with the book and not going to be telling anyone to read it.
Meer lezen
Vertaal recensie in het Nederlands