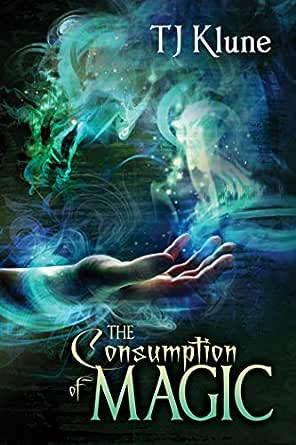 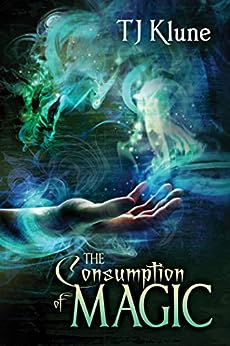 When TJ Klune was eight, he picked up a pen and paper and began to write his first story (which turned out to be his own sweeping epic version of the video game Super Metroid-he didn't think the game ended very well and wanted to offer his own take on it. He never heard back from the video-game company, much to his chagrin). Now, over two decades later, the cast of characters in his head have only gotten louder. But that's okay, because he's recently become a full-time writer and can give them the time they deserve. Since being published, TJ has won the Lambda Literary Award for Best Gay Romance, fought off three lions that threatened to attack him and his village, and was chosen by Amazon as having written one of the best GLBT books of 2011. And one of those things isn't true. (It's the lion thing. The lion thing isn't true.) --Deze tekst verwijst naar een alternatieve kindle_edition editie.
click to open popover

Belen
5,0 van 5 sterren 5+ stars!
20 november 2017 - Gepubliceerd op Amazon.com
Geverifieerde aankoop
TJ Klune has long hinted that we would be mad at him by the end of this book. There is a lot that happens to build off where we've been in The Lightning-Struck Heartand A Destiny of Dragons and, because it's the penultimate in Sam's trilogy (quadrilogy?), it brings the reader much closer to what seems to be building toward the inevitable ending.

“How did you think this was going to end?” Randall asked, as if he had all the time in the world. “What did you think you were going to accomplish here?”

I've promised no spoilers. Which is so hard - you don't even know. BUT SO NECESSARY. I mean it, I went into this only knowing the hints TJ's been giving over the last few months as I've (stalked) followed his blog and Facebook page, and I wouldn't have had it any other way. I wouldn't have wanted someone to warn more about what happens in The Consumption of Magic, because, even though it darn near killed me, it fits so brilliantly into this story.

So what can I tell you? Well, I can give you hints TJ himself has let slip -

It's funny and action-packed and sad and ridiculous and things will happen that you won't see coming, things that will change Verania forever.

☆ I can tell you Prince Justin is back with the group in a major way and he's redeemed a lot (in my opinion)...

☆ I can tell you that Consumption has some of the biggest action scenes from the series...

☆ I can tell you the mated Northern Dragons are everything you could hope they'll be and more...

Dragons sucked. I couldn’t believe I used to be so enchanted by them.
F*** them. F*** them all.

☆ I can tell you it has the longest sex scene TJ's ever written...

☆ I can tell you it has some twists that you won't see coming.

☆ And I can tell you by the time you finish you will have run through an entire gamut of emotions: You will laugh, gasp, hope, and suffer from Wookiee Cry Face.

This was my initial reaction after reading -
I'm having a hard time processing my feelings for this. I'm absolutely heartbroken. I know they are just characters, but I have read and listened to the stories in this series so often I could recite whole chapters verbatim. And I love these characters, okay? I love them. And this...I thought I could see it coming. I thought I knew what was going to happen. I didn't. Not at all. And my heart. is. broken.

A warning. All of you will not survive until the end. There will be loss, Sam. And it will burn like nothing has ever burned before. You must remember to keep in the light, even when the dark begins to curl around your feet.

This is NOT a standalone. Get the others. Read this. READ THIS.

Janice Birnie
5,0 van 5 sterren An Epic and Awesome saga.
20 november 2017 - Gepubliceerd op Amazon.com
Geverifieerde aankoop
The Consumption of Magic is the third book in The Tales Of Verania series by TJ Klune. It is the sequel to Destiny of Dragons and cannot be read as a stand-alone. This series is a beautifully written fantasy-saga that is one of the best, if not the best, I’ve had the pleasure of reading. If you haven’t yet read the previous books in the series, I highly recommend you do.

Sam of Wilds is a twenty-one year old apprentice magician to the King of Verania’s wizard, Morgan of Shadows. Having been discovered in the slums at the age of eleven, accidentally performing an extraordinary feat of magic, he and his parents move to the King’s palace where he can begin his apprenticeship. Over the course of the next few years it becomes apparent that Sam is no ordinary wizard, in fact he may be the most powerful wizard in history.

In the years Sam has been under Morgan’s tutelage he has gathered an extraordinarily group of friends who become pivotal to his and the Kingdom’s future survival. Given Sam’s unfortunate habit of attracting disaster whenever he ventures forth from the castle, it’s a good thing he has managed to gather such an spectacular group of magical and non-magical companions. There’s Gary, “the gay, hornless unicorn”, master of sass, inappropriate behaviour and commentary; Tiggy the sweet-souled, loyal and tenacious half giant; and Kevin, an adorably sex obsessed, gay dragon, and Gary’s partner in love/lust.

Ryan Foxheart is “the dreamiest dreamboat that ever existed.” He is Knight Commander of the King’s guard and the man who holds Sam’s heart. The fact that he is also Sam’s cornerstone - the person who grounds a wizard’s magic and helps him build his skill - makes him a perfect soulmate and invaluable addition to Sam’s band of brothers.

Prince Justin is heir to Verania’s throne and when he becomes the King, Sam will be his ‘King’s Wizard’. They have had a somewhat shaky beginning, what with the small matter of the Prince being left at the altar when Ryan, his betrothed, declared his love for Sam and called off the wedding. Sam is irresistible, however, with his sass and verbal diarrhoea, and all around fabulosity, and Justin is reluctantly beginning to accept the fact that they’ll become (as Sam tells him multiple times a day), “best friends 5eva”- it’s inevitable.

As Sam’s destiny unfolds, the future of Verania is in dire peril, and “his merry band of misfits” must work together to fight the extraordinarily powerful dark wizard, Myrin, to save the realm.
There is also the ‘slight’ challenge of earning the trust and loyalty of all five dragons of Verania in order to fulfil the Star Dragon’s Prophesy. He already has Kevin, but with one teenage emo dragon, two sassy lesbian partners, and the snarky Great White (who’s older than time, and has the temperament to match) it’s going to take all of Sam’s abilities and careful planning (like that’s ever going to happen!) to pull this off. Dragons inherently hate humans, and wizards in particular, so what could possibly go wrong?

Well it’s Sam of Wilds, so literally everything really.

The Consumption of Magic is a hysterically funny, heartbreakingly sad, utterly riveting, beautifully written, masterpiece. It is a breathtaking story of love and loyalty, brotherhood and friendship, honour and selflessness; contrasted against the worst kind of betrayal and evil imaginable. It will make you laugh so hard you’ll have to put the book down to breathe and minutes later you’ll be devastated, and/or sob crying. It also has the hottest, most erotic chapter of any TJ Klune book I’ve read! You’ll know when you get to it because it has The Best Chapter Heading Ever (capitalised, so it must be true.....)