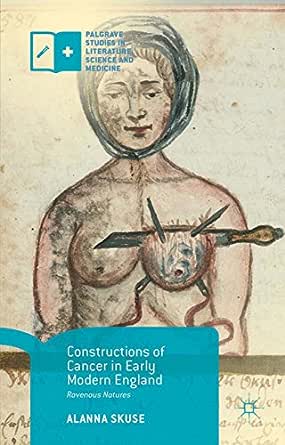 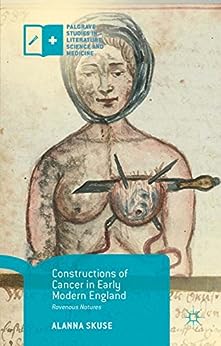 This book is open access under a CC-BY licence.

Cancer is perhaps the modern world's most feared disease. Yet, we know relatively little about this malady's history before the nineteenth century. This book provides the first in-depth examination of perceptions of cancerous disease in early modern England. Looking to drama, poetry and polemic as well as medical texts and personal accounts, it contends that early modern people possessed an understanding of cancer which remains recognizable to us today. Many of the ways in which medical practitioners and lay people imagined cancer – as a 'woman's disease' or a 'beast' inside the body – remain strikingly familiar, and they helped to make this disease a byword for treachery and cruelty in discussions of religion, culture and politics. Equally, cancer treatments were among the era's most radical medical and surgical procedures. From buttered frog ointments to agonizing and dangerous surgeries, they raised abiding questions about the nature of disease and the proper role of the medical practitioner.

This book is open access under a CC-BY licence.

This book takes the first in-depth look at how people thought about, diagnosed and treated cancer in the early modern period, examining imaginative literature, medical texts and personal accounts.