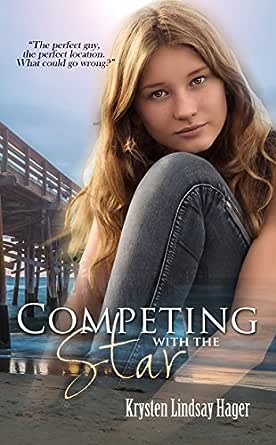 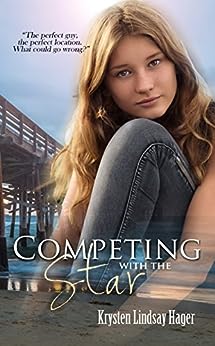 Before the beginning of sophomore year of high school, Hadley and her family move to a beautiful beach town, where she makes amazing new friends and lands the boyfriend of her dreams--Nick Jenkins. He's the kind of guy every girl swoons over, and it isn't long until Hadley discovers some are still swooning.

After some time dating, Hadley and Nick form a deep bond. But insecurity sets in when Hadley discovers her boyfriend once had a huge crush on her friend--who just happens to be the beautiful former teen TV star, Simone Hendrickson.

Hadley confronts Nick, who confesses about his history with Simone. Though he claims to only have eyes for Hadley now, it's hard to believe--especially when she's blindsided with the news that Nick and Simone kissed after school.

Now Hadley must determine who is telling the truth. Love, betrayal, friendship...who needs soap opera drama when you're busy competing with a star?

Each book in the Star Series is a standalone story that can be enjoyed out of order.
Book #1 Next Door to a Star
Book #2 Competing with the Star
click to open popover

Laura Turner
5,0 van 5 sterren Great message for teen girls!
8 april 2016 - Gepubliceerd op Amazon.com
Geverifieerde aankoop
I really love this author and these characters. The greatest thing about her books is that she has this wonderful ability to let you hear her main character's inner dialogue. The story gives you so much insight into the minds of teenage girls and makes you realize that deep down, everyone has the same insecurities and everyone goes through the same things in life. Despite these insecurities and fears, the main character stands up for herself. This is such an important message for teen girls! You can be smart, and strong, and brave even if you don't always feel that way on the outside. I would recommend this book to anyone.
Meer lezen
6 mensen vonden dit nuttig
Vertaal recensie in het Nederlands

DP
1,0 van 5 sterren Very juvenile...
27 maart 2016 - Gepubliceerd op Amazon.com
Geverifieerde aankoop
Even though I'm way past teen years, I still love to read these kind of books...But this book is really for the very young - although the characters are 16-17 year old high schoolers, they sound and act like 13 years olds....The dialogue is juvenile at best...and worst! There is NO character growth, plot doesn't move ahead, and the ending was sudden with no repercussions or rewards. It pretty much reads like this: Girl and boy start dating (though always joined by group of friends), another girl puts a move on Nick and BAM! The drama and angst starts - But wait, half the book is about poor Nick trying to convince Hadley that he didn't do anything wrong, but she never listens or believes him - why? The old story of girl having self-image issues - not pretty like the other girls, blah blah blah. The kicker is that she doesn't really take it out on the girl that created the problem, she just blames the poor guy who was basically used...There were a few of her friends that had more sense than her! And the worst part is, that one of the adults in her family (her aunt) tells her that "her friends will always be there, but guys come and go!" Seriously? I wish I could smack that lady over the head!
What really frustrated me was how every single time poor Nick told her that "nothing happened", she just answered that she couldn't trust him anymore!!!!!!!!!!! OMG! I would have dumped her like a hot potato! He even told her towards the end how hurt he was that she only blamed him (and treated him like crap), while the girl that caused the issue didn't get the smack down! Man, WHY would any guy (or man) want to stay with a girl like this! Sorry, sorry just getting to upset over a silly book that I'm going to delete like pronto!
Meer lezen
2 mensen vonden dit nuttig
Vertaal recensie in het Nederlands

Amy@Novelgossip
3,0 van 5 sterren Sweet and innocent YA romance
23 augustus 2016 - Gepubliceerd op Amazon.com
Hadley is a typical teenage girl dealing with typical teenage girl problems and issues. At the beginning of the book she’s just started dating Nick. She’s new to town and while she seems to be fitting in just fine, she’s still insecure and self conscious about her place in the world and especially her place in her new high school with her new friends. She’s a sweet, naïve girl who made me think about the person I was in high school. It’s such a hard time, trying to figure out where you fit in all the while trying to navigate high school cliques.

Hadley is a relatable young woman and I think young readers would especially connect with her character. Some of her so called friends tend to play games mean girls style. There’s a lot of drama between her and her group of girlfriends, it reads like a YA soap opera. I don’t say that in a bad way, I like a soap opera myself and high school is a lot like a soap opera at times.

This is the second book in a series and while it was apparent that I was missing some backstory, I wasn’t lost or confused. You can definitely read this as a standalone. This was a nice, clean YA novel with nothing inappropriate whatsoever. It’s the type of book that I would be totally comfortable letting my daughters read when they’re teenagers. It centers around the sweet and cute love story between Hadley and Nick while it coveys a good message about loving and accepting yourself.

It was a light and easy read that I finished in almost one sitting with a good message that wasn’t overpowering or too sophisticated for YA readers. I appreciated the fact that it wasn’t too mature they way some YA books tend to be today.
Meer lezen
3 mensen vonden dit nuttig
Vertaal recensie in het Nederlands

Anniek Snowroses
5,0 van 5 sterren Perfect Teenage read
29 oktober 2017 - Gepubliceerd op Amazon.com
Hadley is very happy with her life now that she's living in Grand Haven. She has found some great friends and enjoys being with her family. Hadley and her boyfriend Nick have been dating for a while and Hadley is glad she's found such a good guy. Nick is a handsome and popular boy and Hadley soon finds out that she has more competition than she thought. Hadley has been friends with Simone, a beautiful former TV star. However, Hadley finds out that Nick used to have a huge crush on Simone and rumors start to spread, who will she believe?

Hadley is such a sweet girl. She isn't used to having a group of friends and she finds it hard to stand up for herself. Not everyone in this group is nice and some girls can be incredibly hateful. I loved reading about the dynamics of these teenage boys and girls. Besides the fascinating teenage drama Competing With The Star also has a more serious side. Nick has a strong bond with his grandfather and he visits him often in the retirement home. Being close to my own grandmother as well reading about his visits sometimes brought tears to my eyes.

Competing With The Star is a story about the life of teenagers. It shows you how they survive in a world with insecurities, first loves and new friendships. Krysten Lindsay Hager perfectly captures the essence of what being a teenager is really like. Just by reading the story I would have thought Krysten Lindsay Hager to still be a teenager herself. I know she isn't and therefore I admire even more how she manages to write like she is one. I've loved The Star series ever since I read the first book Next Door to a Star and would definitely like to read more about Hadley and her friends.
Meer lezen
Een iemand vond dit nuttig
Vertaal recensie in het Nederlands
Ga naar Amazon.com om alle 27 recensies te bekijken 3,9 van 5 sterren
Terug naar boven
Over ons
Verkoop bij ons
We helpen je graag
© 1996-2020, Amazon.com, Inc. en dochterondernemingen