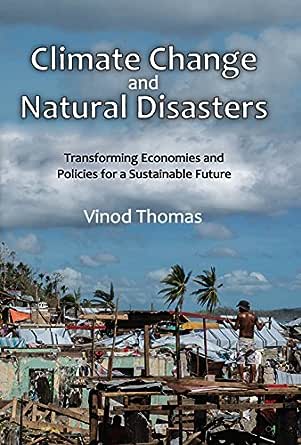 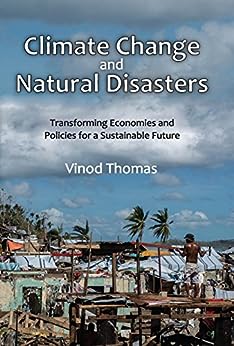 The Open Access version of this book, available at https://www.taylorfrancis.com/books/9781351527927, has been made available under a Creative Commons Attribution-Non Commercial-No Derivatives 4.0 license

The start of the new millennium will be remembered for deadly climate-related disasters - the great floods in Thailand in 2011, Super Storm Sandy in the United States in 2012, and Typhoon Haiyan in the Philippines in 2013, to name a few. In 2014, 17.5 million people were displaced by climate-related disasters, ten times more than the 1.7 million displaced by geophysical hazards. What is causing the increase in natural disasters and what effect does it have on the economy?  Climate Change and Natural Disasters sends three messages: human-made factors exert a growing influence on climate-related disasters; because of the link to anthropogenic factors, there is a pressing need for climate mitigation; and prevention, including climate adaptation, ought not to be viewed as a cost to economic growth but as an investment. Ultimately, attention to climate-related disasters, arguably the most tangible manifestation of global warming, may help mobilize broader climate action. It can also be instrumental in transitioning to a path of low-carbon, green growth, improving disaster resilience, improving natural resource use, and caring for the urban environment. Vinod Thomas proposes that economic growth will become sustainable only if governments, political actors, and local communities combine natural disaster prevention and controlling climate change into national growth strategies. When considering all types of capital, particularly human capital, climate action can drive economic growth, rather than hinder it.