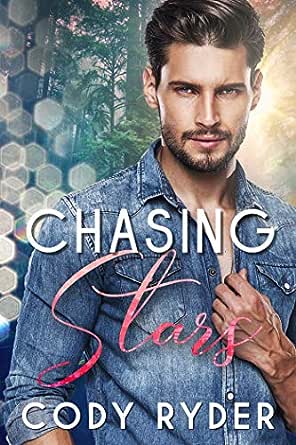 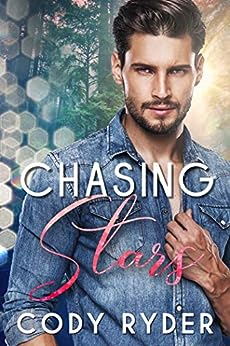 Wrecked car, wrecked movie, wrecked image. That’s Christopher Lawton: Hollywood’s latest celebrity wreck. After decking Hollywood’s most powerful producer in the face for blacklisting his movie, he’s hidden himself away at a secluded mountain resort called the Constellation Lodge to avoid media attention until the whole thing blows over. He expected to be bored out of his mind. He didn’t expect to meet Jackson.

Jackson Baker hates the film industry. His whole family is big in the business, but he wants nothing to do with the hollow, toxic world behind the glitz and glam. Self-exiled to the Constellation Lodge, he needs to finish his second novel and prove that he can succeed without the assistance of his well-connected family.

Christopher loves that Jackson has no clue of who he is, but he can’t keep his celebrity a secret forever. Will the truth ruin a connection that seems to be written in the stars?

Jamie Lee Zonneveld
4,0 van 5 sterren Nice read
3 december 2019
Indeling: Kindle-editie
Chasing Stars by Cody Ryder is a sweet and romantic story about celebrity Christopher Lawton and Jackson Baker who hates the film industry. When they meet at secluded mountain resort Jackson doesn't know who Christopher is. Christopher loves that he doesn't know who he is.

I liked this story and the characters. They were so sweet together.

Belinda Zamora
4,0 van 5 sterren Sweet, quick read
3 december 2019 - Gepubliceerd op Amazon.com
Indeling: Kindle-editie
I really enjoyed this book.
Christopher and Jackson are both products of the film industry.
Christopher is having difficulty in his career and Jackson has distanced himself from it.
He's written a book and is struggling to follow up with another.
It doesn't help that his father doesn't seem to have faith in his abilities, which causes him an immense amount of self-doubt.
Both men are hiding their true selves from the world at large.
Christopher is terrified he'll lose his career and Jackson's almost certain his father will never accept him.
When they're caught in the midst of a natural disaster, sparks fly and they become close .
Their situation becomes complicated when they realize that there's a common denominator causing their problems.
They both come to the realization that they'll have to brave and expose themselves if they want a shot at happiness.
The epilogue was a sweet glimpse into their future where they've realized their dream for a well deserved HEA.

Mary Magdalene
5,0 van 5 sterren Hiding away is not the answer to anyone's problems
4 december 2019 - Gepubliceerd op Amazon.com
Indeling: Kindle-editie
A sweet romance between two strangers who are both hiding out from the world in a hide-away resort, where they meet and fall in love. Christopher is a Hollywood movie star running from a scandal back home, and Jackson, who comes from a rich Hollywood family, is hiding away at the resort to write a novel, trying to become successful on his own. When a calamity strikes and they are forced to take action together, they get close and end up falling in love and in the process, they learn some important details about the cause of the problems that each of them are facing. There is some angst, some distressful moments, but in the end, it all works out for this couple. An entertaining story for anyone who loves MM romances.
Meer lezen
Vertaal recensie in het Nederlands

cinnamon
4,0 van 5 sterren Light, sexy read
3 december 2019 - Gepubliceerd op Amazon.com
Indeling: Kindle-editie
3.5*
Chasing Stars is a light, entertaining story with lots of coincidences and a real love at first sight scenario. It does not have a lot of depth but gives a fun, sexy read about two guys finding their own path while finding their true love in each other. They absolutely complement each other and the whole story has a positive, hopeful, upbeat feel to it. The writing is solid, it has a great flow.
Half a star comes off because of something that is said around the last few chapters but it is a personal matter and no spoliers here. Overall it is a solid, fun, sexy read. Hope you enjoy it.
Meer lezen
Vertaal recensie in het Nederlands

Juana
5,0 van 5 sterren Christopher and Jackson
4 december 2019 - Gepubliceerd op Amazon.com
Indeling: Kindle-editie
CHASING STARS is my first book written by Cody Ryder and I definitely enjoyed reading it. Christopher and Jackson meet at a lodge for their own personal reasons. But as they spend time together...they find that there attracted to one another.

CHASING STARS is a sweet story and in definitely recommend it.
Meer lezen
Vertaal recensie in het Nederlands

Diane
5,0 van 5 sterren Really enjoyed reading this
4 december 2019 - Gepubliceerd op Amazon.com
Indeling: Kindle-editie
I received an ARC of this book for my honest review. This story is between Christopher and Jackson. This story has lots of coincidences in it. They are finding their own path while finding their true love in each other. Enjoy!
Meer lezen
Vertaal recensie in het Nederlands
Ga naar Amazon.com om alle 12 recensies te bekijken 4,7 van 5 sterren
Terug naar boven
Over ons
Verkoop bij ons
We helpen je graag
© 1996-2020, Amazon.com, Inc. en dochterondernemingen