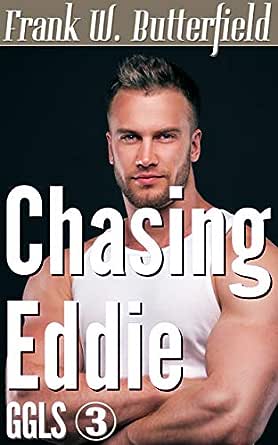 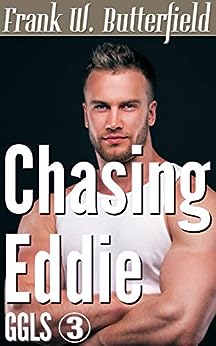 Eddie Smith is a chubby bear of a guy who lives in Daytona Beach and doesn't work much anymore but isn't retired.

Whit Hall has just retired as a tight end for an NFL expansion team and lives in San Antonio.

At 52, Eddie feels at home with himself and has learned how to roll with life. He's happy enough where he is and doesn't expect much to happen anytime soon.

At 35, Whit is ready for a life that put less of a strain on his body. He's banked plenty of dough but doesn't know what to do next.

About to sit down to his favorite take-out lasagna, Eddie gets a call from a friend who wants to hire him to help Whit figure out what's next in his life.

Eddie is a kinda, sorta life coach and might be able to help but seriously doubts it.

Reluctantly, he climbs aboard his friend's private jet and flies to San Antonio. Once he arrives, he ends up getting a whole lot more than he bargained for. Whit Hall is aggressive, he's angry, and he's under a lot of pressure.

It's a good thing Eddie (sorta) knows what he's doing!

Now that he's retired, Whit is looking for the next thing.

He's set, with plenty of bank. And he's doing what he can to deal with his parents, who are all up in his business. A lot.

Then, one Wednesday morning, he opens his front door. Before he knows it, Whit is chasing Eddie Smith out of his house, down the street, and even further.

It's a good thing Whit is (kinda) in shape for this new type of chase!

Neither man wants to go far...

But unexpected changes are chasing them both...

Wherever they end up going, and whatever ends up happening, this will be the beginning of something new and wonderful for them both.

Some tension...
Hints of a coming-out story...
Medium-heat sexual descriptions...
Slightly nerdy details...
Some metaphysics...
And a HEA (that's a happily-ever-after)...

This story is the beginning of a series of contemporary romantic adventures. It ends with the start of one of those, so there are some loose plot points but no cliff-hanger.

Golden Gate Love Stories are all about the lives and loves of men who fall in love with each other and find the one they were waiting for.

Set in the same universe as the Nick Williams Mystery Series and the Daytona Beach Book Series, these love stories focus on the men who come together, find true love, and really do live happily ever after.

Geoff Whitwell
5,0 van 5 sterren A fabulous story that leaves you wanting more
13 februari 2019 - Gepubliceerd op Amazon.com
Geverifieerde aankoop
A hint of Carter and Nick from the grave stopped me in my tracks. I know at some point they must depart this life but I have to say I wasn’t ready for it. Even though this book takes place in the month we are currently in (February 2019), it’s too soon to even think about. In their story we are in the 1960’s so it just shook me. This is still a great story and once I settled it soothed my soul to know that they were still doing their thing from the other side. I’d really like to meet Eddie and Whit again.
Meer lezen
4 mensen vonden dit nuttig
Vertaal recensie in het Nederlands

Ulysses Grant Dietz
4,0 van 5 sterren Wonderful magical romance - part of a Nick and Carter's universe
29 mei 2019 - Gepubliceerd op Amazon.com
Geverifieerde aankoop
I adored this book; but I’m only giving it FOUR stars because I think that you really need to be part of the Nick & Carter gestalt for this to entirely resonate. The author claims that it’s not so, but I gently disagree. If you’re part of the Butterfield family already, you might find it a five-star read.

This is the story of Eddie Smith, big, bearish, peripatetic life coach and writer from Daytona Beach (hmmmm), and how he basically saves retired football tight end Whit Hall. The book is two parts classic romance, one part magical realism. The magical part is multi-faceted. First, Eddie is guided by a voice he calls Paul. Not a looney-bin voice, but a sort of ungendered spirit guide (who happens to have the same name as Nick Williams’ long-dead great uncle Paul Williams, who acted as his spiritual advisor, so to speak). Eddie’s skill is really all about his ability to get people to look closely at what they really want out of life. He is not without his own internal conflicts and doubts, which only adds to the poignancy of the narrative.

The other magical part of this, for me at least, is that Eddie is called to his task by Bob Jenkins and Mario Ossler – the guys who inherited the WilliamsJones company from Nick and Carter. WTF? (Of course I immediately went and bought “Their Own Hidden Island” to learn about them, a review of which will appear momentarily). Seems that Bob and Mario are now guided by Nick the way Nick was guided by Paul. insists that Eddie needs to help Whit find his path.

I am so damned jealous. I want a spirit advisor.

And so it goes, in Butterfield’s inimitable style, with Nick-and-Carter style romance and adventure involving uniformed staff and private planes and every bit of the 1950s Batman-and-Robin fantasy we have come to know and love. Eddie is a love. Whit is a mess. The author has the neatest imagination, and these books are making large the universe he created for Nick and Carter.
Meer lezen
Een iemand vond dit nuttig
Vertaal recensie in het Nederlands

Deelee
3,0 van 5 sterren This was a sweet, fairly easy read
18 februari 2019 - Gepubliceerd op Amazon.com
Geverifieerde aankoop
I think it would be helpful to be familiar with the author’s Nick Williams books, because the mechanics of the relationship fit well within what is common in those books as well, the relationships sort of have a fated feel to them. I like that one of the characters was not physically perfect in a commercial sort of way but that for the most part the character was happy with himself. But it wasn’t necessarily that or any other thing that I can point to that said why one man loved, or even really liked the other. I think that is what I miss the most in these books. They go quickly from meet to love, but I don’t really know why.
Meer lezen
Vertaal recensie in het Nederlands

Justanotherreview
5,0 van 5 sterren Love with a side of woo-woo
12 februari 2019 - Gepubliceerd op Amazon.com
On first glance, this book is a departure from Butterfield’s usual stomping grounds. After all, it’s set in the present and there’s nary a private eye around.

Look again and you’ll see threads from the other books. It’s officially a Golden Gate Love Story. Bob and Mario from Their Hidden Island have inherited Nick and Carter’s empire. Nick Williams appears to Bob as a ghost, usually in his dreams. That’s not a surprise. Uncle Paul has been showing up in Nick Williams’ dreams in the Nick Williams Mystery books. Nick continues his meddling, er, matchmaking ways. The main character, Eddie Smith, lives in Daytona Beach, the setting for the newest series.

It’s a lot like my favorite book by this author – This Morning Over Here, which is a standalone metaphysical novel. Eddie Smith is a channeler who lives by his intuition. He doesn’t see the future but he does respond to what’s right before him.

Bob and Mario have been his clients but in this case, they have a message from Nick and it involves Eddie and Whit. Whit is a recently retired NFL player and the son of a megachurch pastor. He also doesn’t acknowledge that he’s gay, even to himself. Of course that changes when he and Eddie fall in love.