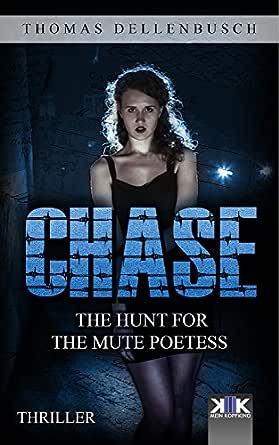 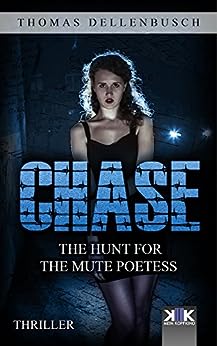 Actionthriller about a mysterious poem in Hamburg's underworld. Translated Version from the popular German book series of Movie-Length-Stories:
Enrique "Rique" Allmers runs a security firm in Hamburg, Germany. When he encounters a young woman fleeing from pursuers through the local fish-market, he takes her under his wing. They get away, but the same men - now with reinforcements - are still on their tail. Rique doesn’t know
who she is, or the identity of those who are after her. Because she doesn’t speak a word to him…

»Never before have I gotten so wrapped up in a short novel.Excitement from the first line to the last.«
Binchens Bücherblog

»A fast-paced and engaging short novel with everything that makes a great thriller. I tip my hat to the author.«
Anja‘s Bücherblog

»Eloquent and packed with fast-paced action, loads of charm, plenty of excitement and even a bit of romance.«
Bücherblog „Eva-on-line“
click to open popover

mike
4,0 van 5 sterren A movie-length-story, theater-of-the-mind
26 december 2016 - Gepubliceerd op Amazon.com
Geverifieerde aankoop
I received an e-copy of Chase: The Hunt for the Mute Poetess by Thomas Dellenbusch, for review.

An interesting side to this review; The book itself is a "movie-length-story" meant to only take a couple of hours to read. Its origin is Germany and the story has been translated into English (very well by the way). Currently an English language web site is under construction. The German site is MeinKopfKino, in English literally; My Head Movie Theater. Comfortable translation; My Theater of the Mind. Seriously similar to the very blog you are reading right now eh?

On to the important part; How is the book? Fear not, it's very good. Chase... is a fast paced action story the reader can easily see in their minds eye. It's taut and well organized, flowing like a movie that keeps you on the edge of your seat. Good-guys vs bad-guys, martial arts, a secret force capable of cracking any fortress (think IMF and Mr. Phelps), a hunt for hidden secrets, Mafia and other organized crime (politicians), and a little romantic tension round out a fun and entertaining read. As in a movie as opposed to a traditional novel, we don't get a lot of backstory on the characters, only what is necessary to the plot. All the detail is focused on the current story. Chase...is, if I understand correctly, a part of a series of movie-length-stories meant to be read in this fashion. I don't know if the characters in this story will be ongoing, although this story could easily be serialized. I would personally like to read more of Rique (The main character) and his teams' exploits.

Author Thomas Dellenbusch has the ability to write a full story with enough detail to move the tale along but not so much as to slow down the reader. Chase... is not meant to be a book to get lost in for days, but to entertain the reader who needs to treat themselves for a couple of hours, like a plane, train, or automobile trip. Or as I did, in bed before going to sleep. In that case be sure and leave yourself time because you probably won't want to stop, and you'll wind up staying awake to finish the story.

Thomas Dellenbusch has great concept here with the movie length story format, one that fills a real niche in the reading world. Chase: The Hunt forth Mute Poetess is a great introduction to the genre. Enjoy!

Stephan Morse
4,0 van 5 sterren CHASE: The Hunt for the Mute Poetess is a non-fantasy fiction focused on action, mystery, and high pace.
31 januari 2017 - Gepubliceerd op Amazon.com
Geverifieerde aankoop
Chase is a story involving a mute writer and a small cast of problem solvers that are halfway between the Scooby Gang and a Mission Impossible crew (A group called CHASE). The scene is set quickly as one member of the Scooby Impossible team rescues said poetess; thinking she’s been recently smuggled in from another country for prostitution. It turns out she’s part of a bigger issue which unveils quickly.

From there it’s combat, puzzles, and family secrets – then almost before anyone notices the story ends.

It’s fast paced and doesn’t drag. A lot of this had to do with the intended nature of the work – that is to say; a novel that can be read quickly, easily, and in a single sitting. The characters are consistent but feel shallow. There were a few leaps that caught me off guard, such as the sudden love relationship between CHASE’s charismatic leader and the damsel in distress. It’s a lightly detailed read by design. Despite (or perhaps, because of) the quick storytelling none of the details lingered in my mind.

This work was translated– which is something I’d like to see more of. CHASE: The Hunt for the Mute Poetess, did what was promised – filled the span of a movie. While I enjoyed the book and ease of reading, I’m not sure I’d be interested in a sequel.

Enrique is run into on the street by barefoot Katja as she attempts to elude two thugs chasing her. He whips them and sends them scurrying off.
CHASE utilized non-violent defense when possible. Marone, the mafia boss, wants Katja and has her kidnapped. He must learn what evidence her mother had about heinous crimes committed by him and two other highly placed bad guys.
The thugs guarding Katja are no match for the handpicked, highly skilled members of Enrique’s team who free Katja and set out to learn the secret of Katja’s heritage.
I enjoyed the story and recommend it to people who care to read short works. It would be good to pass time while waiting for an appointment or riding public transportation.

Editing and sentence structure are good with only a few minor errors.
Character development is good for a short to novella length story.
The plot is complex and fast paced.
The writing style is intense and interesting.