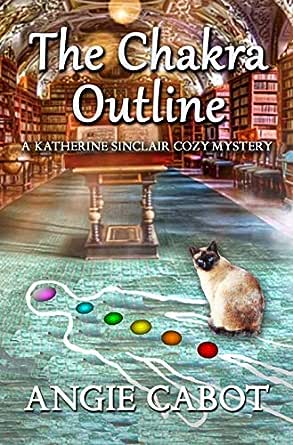 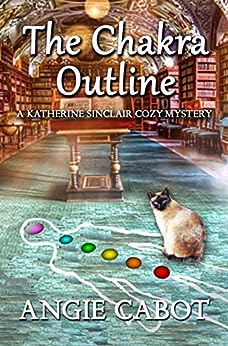 Ellen Oceanside
4,0 van 5 sterren Humerous Story
21 april 2020 - Gepubliceerd op Amazon.com
Geverifieerde aankoop
Katherine has two aunts Liz and Clara, they fight all the time.They hold an annual murder retreat.Liz feels someone will do it for real, and she is to find killer. Also they want her to run their bookstore,she would even have her own place. First .i have read by the author, it is quirky, humorous and enjoyable. The characters each add a lot to the story, even the cat,
Meer lezen
Vertaal recensie in het Nederlands

k mac
5,0 van 5 sterren Great read
30 oktober 2019 - Gepubliceerd op Amazon.com
Geverifieerde aankoop
I enjoyed this book immensely! I love when a book can make me laugh or cry. This author had me in stitches with some of the outrageous things the characters did. I loved Nico. I have a blue point siamese cat that I think could give Nico, a run for her money! Can hardly wait for the next book!
Meer lezen
Een iemand vond dit nuttig
Vertaal recensie in het Nederlands

Disclaimer: I obtained this book free in exchange for an honest review. Also disclaiming: The Kindle edition, which I read, will not be available until, I believe, Friday, October 245, 2019 (today being Thursday, the 24th). On to the review.

Spoilers? Perhaps, but certainly no more than in the Amazon description.

Katherine Sinclair hasn't seen either of her two aunts, Elizabeth and Clara, for several years. But, having just gone through a disastrous divorce and having lost her job, Kathy is now pretty much homeless and penniless. When she receives a literal order from her Aunt Liz to return to Cassandra Springs to manage the aunts' shop, The Eye of Ra, she very much wants to resist, but knows she has no real choice. She arrives just in time for the annual winter retreat at Bostick Manor, a murder mystery weekend that is written and staged by her Aunt Liz. When she arrives, she and Aunt Liz drive out to the Manor in a snowstorm to meet the 6 employees Liz has invited to the event: Todd (aka Balthazar) and his wife, Diana, Morgan, Carl, Sandra, and Zen, plus Jenn and Emma who will serve as housekeeper and cook for the weekend. By the next morning, Aunt Liz is lying dead on the kitchen floor and the rest are all snowed in, unable to call out for help from the police and unable to navigate the impassible roads to get to town to notify them. They are all stuck there, knowing that one of them is a murderer.

This is the quintessential 𝑙𝑜𝑐𝑘𝑒𝑑 𝑑𝑜𝑜𝑟 murder. If you are familiar with Christie's 𝑨𝒏𝒅 𝑻𝒉𝒆𝒏 𝑻𝒉𝒆𝒓𝒆 𝑾𝒆𝒓𝒆 𝑵𝒐𝒏𝒆, or perhaps Ellery Queen's 𝑻𝒉𝒆 𝑲𝒊𝒏𝒈 𝑰𝒔 𝑫𝒆𝒂𝒅, you know the type of murder mystery I'm talking about. The detective, in this case, Katherine, must determine who, among the remaining 8 living people present is guilty, while managing to stay alive herself.

Cabot did a fine job with this mystery. There are certainly a host of suspects, and you are never really sure of whodunit until all is revealed just a very few pages from the end. The main characters are well developed and believable, although at least three of the more minor characters I never really felt I knew anything about, and in fact, kept forgetting them unless they were prominently featured on the page. I'll readily admit my favorite character was Nico, the cat. The plotting/pacing/flow were all top-notch. The danger to characters was very real, the red herrings plentiful, and the suspense palpable. I did find two proofing errors and there were a couple of things I didn't like, but on the whole, I found the novel to be a quick and interesting read and I would recommend it to mystery fans.

If you don't care about my picky didn't-likes, stop reading here.

Two proofing errors. The first was a badly written, and I think erroneous sentence. At location 778 (27%), Chapter 6, Todd/Balthazar is speaking: "...We don't want to preserve the scene as much as we can for the police..." I would assume (or maybe hope) the author meant to say "We do want to preserve," or "We don't want to disturb" the scene. I read that several times, which of course, popped me right out of the story at an inopportune time, wondering if I misread it, or was it intended to be more snark on the part of the character, but, in the end couldn't come up with anything more probable than it was a mistake. The second was simply poor grammar where Katherine says "When did Aunt Liz start treating you bad?" Yes, I know we speak differently than we write, and this was dialogue, but still it's 'start treating you bad𝐥𝐲' not 'treating you bad.'

The rest of the items on my unlike list are simple my own opinions, so your mileage may vary. Overall, I found the first one-third to one-half of the book to be unnecessarily snarky. While I know the author was attempting to set the scene of an unlikable boss and unhappy employees, I cannot imagine 6 people so unfeeling and rude as to continually make jokes and complain about a woman lying dead on the floor, especially in front of her niece whom they did not know at all. Maybe in scenes where Katherine was not present -- but certainly not so nonchalantly in front of her. As the story progresses, the snark calms down. However, it almost made me put the book down and not finish it.

And my final complaint has to do with the inclusion of things that had no real reason to be in the story or that were pretty cliche. The first was at about location 894, when there is a discussion about whether there might be glitter in the colored chalk used to outline the body. Here is that entire conversation:
Carl looked at Diana. "I'll take the pictures if you'll trace the body with the rainbow chalk." "Does the chalk have glitter?" Diana asked. "No." Morgan said. "Good. Because I hate glitter." "Why would they put glitter in chalk?" I asked. "Why do they put glitter in anything?" "To appeal to teenage girls," Zen said.
I never did find a reason in the rest of the book as to why the glitter was a subject of conversation. It did not move the story along. It did not give any hint as to whodunit. For me it didn't help flesh out any of the characters. Finally, believe me, as a 45-year veteran of the belly dance subculture, lots of grown men and women love glitter. SMH

The cliche came in the form of this comment at about 1125: "Don't like Colorado weather?" I asked. "Wait ten minutes." Is there any state in the union that doesn't use some variation of that old saw?