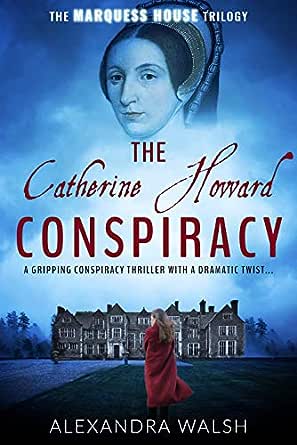 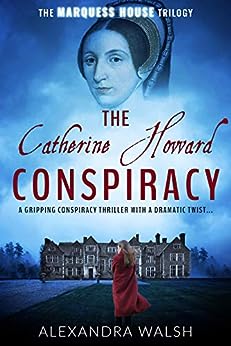 Kindle Customer
4,0 van 5 sterren Fascinating Alternative History....but
6 april 2019 - Gepubliceerd op Amazon.com
Geverifieerde aankoop
This interpretation of the life of Queen Catherine, the fifth wife of Henry VIII, is very well done. Both the historical sections recounting Catherine's life and the modern sections re the research (using household accounts to trace the movements of characters) are fascinating.

Unfortunately, this is also written as a thriller and as such is mediocre and derivative, with an obvious bad guy early on, and it has an annoying cliff hanger ending.

The sequel is several month away, and book 3, as this is a trilogy, comes out who knows when. So, while I think I know where it is going, will I live long enough to find out?

I started studying the Tudors over 60 years ago but had never before come across such a sympathetic view of Catherine who is usually portrayed as emotionally immature and incredibly foolish.

This positive view of her was so interesting and I wish the author had written at least a note as to her conclusions and any research that supports her presentation.
Meer lezen
18 mensen vonden dit nuttig
Vertaal recensie in het Nederlands

epiphany
3,0 van 5 sterren Another "Henry Tudor was a monster" stereotype.
30 mei 2019 - Gepubliceerd op Amazon.com
Geverifieerde aankoop
Now, I have no idea is the author is a historical scholar and simply utilized the trite - not to mention inaccurate - stereotype that Henry VIII was a blood thirsty, hypersexual monster because it provided a neat antagostic foil for the title character, or if she truly believes this erroneous portrayal. I certainly hope she knows better, and simply employed this sterotype in the cause of writing fiction. My opinion only, but I think this imagined story of Catherine Howard would have benefitted from more nuanced characters, who reflected the complex people they were in real life. For those who don't know - perhaps even the author? - Henry Tudor was NOT an insatiable womanizer; compared to his contemporaries, Henry was a prude. His documented and confirmed mistresses equal about his number of wives. A man with 12 known bed partners is hardly the manical whore monger portrayed in this book. Furthermore, Henry was deeply religious; while he allowed himself more liberties than the average man, he never would have engaged in the atrocities alluded to in this novel. The tantrums, fits of temper, and arbitrary, often cruel policies implemented by Henry in the latter years of his reign can be traced to 2 events; episodes of head trauma which occurred while he was jousting, that almost certainly resulted in brain damage, and a chronic illness which caused obesity, violent mood swings, the inabillty to heal properly, and sexual impotence, very likely type II diabetes. How much more interesting this book would have been if the complexity of Henry's true nature - the good and the bad - had been illustrated? How much more compelling would Catherine's situation have been if she was moved by compassion for a man who was obviously sick in his body and his mind, and torn by indecision? I plan to read The Elizabeth Conspiracy, and I can only hope the characterization of those historical figures is less black and white.
Meer lezen
8 mensen vonden dit nuttig
Vertaal recensie in het Nederlands

KReader
5,0 van 5 sterren Cannot put it down
3 april 2019 - Gepubliceerd op Amazon.com
Geverifieerde aankoop
I'm not even finished with this book, and I am ready to read the next installment!!! I started it yesterday, and might not get to sleep tonight until I finish it!!! It is so good. I only wish my mother was alive to discuss this with her. Henry VIII was her favorite time period.
Meer lezen
5 mensen vonden dit nuttig
Vertaal recensie in het Nederlands

Babsrn78
5,0 van 5 sterren WOW
6 april 2019 - Gepubliceerd op Amazon.com
Geverifieerde aankoop
I don't want to spoil the story for anyone else so I won't mention any specifics. This is one of the best books I've ever read ( and there's been hundreds)! The author seamlessly went between past and present. Even though it's a work of fiction, it's written in such a way that completely believable. I already have the next book pre-ordered. Can't wait to read it!
Meer lezen
3 mensen vonden dit nuttig
Vertaal recensie in het Nederlands

Larry D Pollard
4,0 van 5 sterren ginger@thebeach
2 april 2019 - Gepubliceerd op Amazon.com
Geverifieerde aankoop
An enjoyable book about 'what could have been ' poor Catherine Howard 's fate. She was the fifth queen of King Henry VIII and the second and last of his wives to lose her head. Catherine Howard was pushed upon the King during a troublesome time for him mostly by her uncle, who had some grandiose plans for himself in the court. Those plans went bad quickly! A lot of this book brings to life Catherine's family, who we don't read about normally.
I would have given it five stars, but I found it a little bit longer than I thought it should have been. Still, it's a good story to read and imagine how that young lady's life could have been.
Meer lezen
Een iemand vond dit nuttig
Vertaal recensie in het Nederlands
Ga naar Amazon.com om alle 142 recensies te bekijken 4,5 van 5 sterren
Ontdek het beste van shopping en entertainment
Gratis en snelle bezorging van miljoenen producten, onbeperkt streamen van exclusieve series, films en meer
> Ontdek Prime
Terug naar boven
Over ons
Verkoop bij ons
Amazon-betaalmethoden
We helpen je graag
© 1996-2020, Amazon.com, Inc. en dochterondernemingen