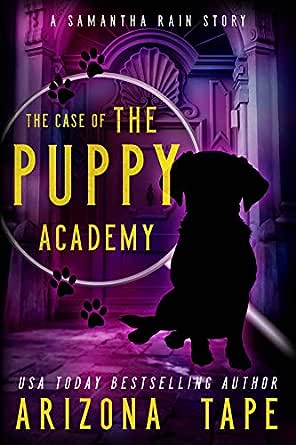 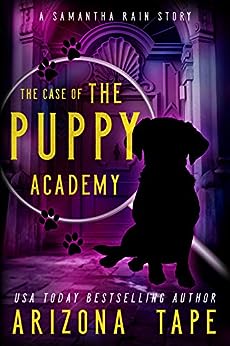 Emily Pennington
4,0 van 5 sterren The Missing Ring
22 februari 2020 - Gepubliceerd op Amazon.com
Geverifieerde aankoop
Samantha, a former detective, was required to take her hellhound puppy, Shadow, to the Academy for a mandatory 6-hour training and evaluation. Another warden, Aaron, began talking with her since his puppy was also in the class. When they started to the cafeteria later, Lilith Fatuus, Samantha’s boss and the IF Clan heir, met them in a surprise visit. She tried to get Sam to go across the street for better food choices, but Sam didn’t want to leave Shadow alone. Lilith agreed to eat at the cafeteria but complained the entire time and acted like the food was all tainted. Sam was surprised she had even come to the class at all.

As she was back early to class, the instructor warned her to avoid Lilith as much as possible. Sam immediately protected her friend and told the instructor to back off and not spread gossip. Then Lilith arrived to talk privately to Sam – her clan ring, a family heirloom, was missing from her finger. Lilith was ready to kill anyone she suspected, so Sam warned her not to throw around accusations since these people were all wardens of powerful families (think mafia). Sam told her to back off and Sam would investigate quietly to find the thief. She already had discovered that two months ago the thefts started – 5 items stolen so far. And the receptionist, Susie, had made a complaint about harassment. But Lilith still refused to leave her side and her volatile temper didn’t make this easy to quietly question staff. When Susie implied that the headmaster himself was the thief, she had even more to check out, along with an unreported theft just the day before! Could she figure this out in the one day Lilith agreed to “wait” -- before Lilith turned it into a serious turf war?

This was a very slow book, mostly talking about training the puppies before it incorporated the missing ring mystery. Sam’s “interest” in Lilith was more distracting/annoying than helpful in the investigation. I’m not fully vested in the series yet, but will give it another try on the next book.
Meer lezen
Een iemand vond dit nuttig
Vertaal recensie in het Nederlands

Doug Williamson
4,0 van 5 sterren Paranormal puppies
6 maart 2020 - Gepubliceerd op Amazon.com
Geverifieerde aankoop
Our heroine is a detective with a new puppy that has to get trained. While in class, she discovers a mystery that needs to be solved before accusations start to flaw and cause a much bigger issue.

This is a short story in a series of books, but it works just fine as a standalone. No prior reading is required.

This is a paranormal mystery story with a slow burn FF romance in the making. The story is well written and easy to read, but perhaps lacking in depth. While the setting is interesting and I like the characters, this short story didn't give me enough detail about either to really satisfy. On the other hand, it was a fun and easy read which whet my appetite enough that I want to read more stories in the series. So perhaps it served its purpose after all.

I received a free copy of this book via Booksprout for review purposes.
Meer lezen
Vertaal recensie in het Nederlands

Christine Rains
4,0 van 5 sterren Cute and fun cozy paranormal mystery
12 mei 2020 - Gepubliceerd op Amazon.com
Geverifieerde aankoop
Warden Samantha Rain has a new hellhound pup, and it's the law that they must attend classes at The Puppy Academy. It sounds cute, but there's a thief about, and if a certain ring cannot be found, a war could erupt.

I haven't read anything else in this paranormal series, and I didn't need to do so to enjoy this short read. It was light and fun, and oh, all the cute puppies! It's very much a cozy paranormal mystery. Sam knows what she's about, but even this one is stumping her. Yet maybe her new pup might be of help.
Meer lezen
Een iemand vond dit nuttig
Vertaal recensie in het Nederlands

Sue Strong
2,0 van 5 sterren Simple, silly, easy to figure out
23 januari 2020 - Gepubliceerd op Amazon.com
Geverifieerde aankoop
A shorter book with fairly two dimensional characters that spent half is time talking about how to train dogs (which most people already know, I would think), and the other half on a mystery that was obvious. The He'll hound puppy training idea was cute, but under terribly developed.
Meer lezen
Een iemand vond dit nuttig
Vertaal recensie in het Nederlands

Balancing the relationships between the clans is no easy job for the Wardens- and thieves come in many shapes- and species!