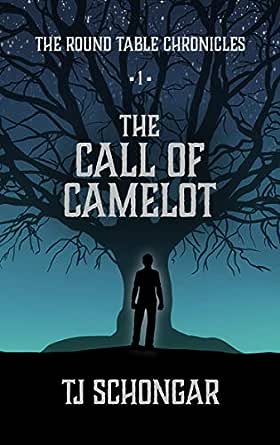 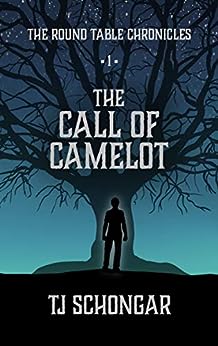 Thade Sloan is a sheltered college student seeking out his path in life. What he finds is Cassian White, a handsome drunkard with more charisma than he knows what to do with. Not only that, but he looks twenty-one - and has appeared that way for over thirty years.

The two team up to uncover why Cassian looks forever young, why he can charm people into just about anything, and why he can make people forget he ever existed.

As they get deep into the mystery, Thade starts discovering truths about himself. Dark secrets and powerful magic surround him, flipping his quiet life upside-down.

Meanwhile, someone is out to get them. Someone who knows even more about who and what they are than they do...
- - -
Buy the book and receive the EXCLUSIVE short "Finding Family," the story of how Cassian met his best friend Hernando and how they discovered just how much they have in common...
click to open popover

Amazon Buyer
5,0 van 5 sterren Excited to read the rest of the series!
27 november 2019 - Gepubliceerd op Amazon.com
Geverifieerde aankoop
TJ has great talent - their writing is fluid and captivating, and will keep you turning the pages. A lot of care and research went into the this story, which draws from a known tale while bringing fresh new surprises. It's a truly fun ride, but you might learn a little something along the way too.

If you have a hankering for an LGBT+ urban fantasy, with humor and true heartfelt moments, this is where you need to go.

Christopher N Pakes
5,0 van 5 sterren An exciting, original modern take on Arthurian Legend.
25 november 2019 - Gepubliceerd op Amazon.com
This is an intriguing mix of fantasy, adventure and love story.
The Arthurian aspect is brought in gently, which is how I was caught. I had to see where Thade and Cassians' journey would take them.
TJ Shongar has created strong well rounded characters every one is essential. How they evolve through future volumes is another reason to read this book.
The English settings are accurately researched. I say this because I have intimate knowledge of most of them. The same goes with the Arthurian references. TJ has taken their time to get things right and it shows.
I devoured this story and I am really looking forward to Volume Two.

Jose Melendez
5,0 van 5 sterren Both author and story are amazing
7 december 2019 - Gepubliceerd op Amazon.com
I've had the absolute pleasure to chat with the author of this book for months now, being there through the process as they wrote an absolutely incredible story about Arthurian legend, lgbtq+ characters, romance, and humor. Their writing is addicting and heartwarming and intense and truly opens your eyes to the diversity of the human heart. P.s. im writing this review from my brother's amazon account lol
-Barbara (BB)

Walker
5,0 van 5 sterren Best Arthurian story yet!!!
1 december 2019 - Gepubliceerd op Amazon.com
Literally booked it to the mailbox when I got the notification and it was SO worth it! The writing is absolutely superb and the amount of Arthurian legend that encases the story expands it on a level not many stories do. It is by far my favorite series on the genre and I highly recommend it to anyone looking for a good read. 😄
Meer lezen
Vertaal recensie in het Nederlands
Ga naar Amazon.com om alle 5 recensies te bekijken 5,0 van 5 sterren
Terug naar boven
Over ons
Verkoop bij ons
We helpen je graag
© 1996-2020, Amazon.com, Inc. en dochterondernemingen