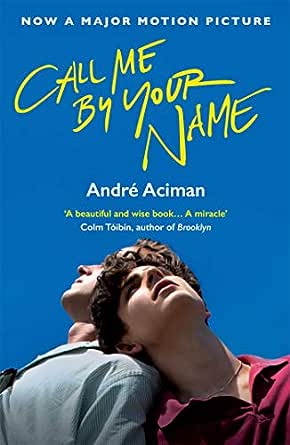 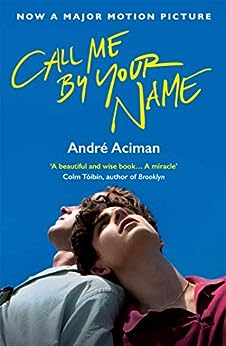 Call Me By Your Name (English Edition) Kindle-editie

"Call Me by Your Name is a beautiful and wise book, written with both lightness and concentrated care for the precise truth of every moment in its drama. It will rest artfully on the shelves between James Baldwin's Giovanni's Room and Edmund White's A Boy's Own Story. It is also a superb novel about the sensuous light of the Mediterranean summer, the languorous days and nights filled with desire. It has always been clear from Aciman's non-fiction that he would, when the time came, write a wonderful novel, but this is a miracle." --Colm Toíbín, author of The Master

"If you are prepared to take a hard punch in your gut, and like brave, acute, elated, naked, brutal, tender, humane, and beautiful prose, then you've come to the right place. If you can't handle the violence of the regret it will awaken in you, or the agony of remembering wanting someone more than you wanted anything in your life, or the exquisite suffering that comes with the gain, and loss, of something that neared perfect understanding, then don't read this book. Ditto if you like your literature censored. Otherwise, open the cover and let Aciman pull the pin from the grenade." --Nicole Krauss, author of The History of Love

Andre Aciman's Call Me by Your Name is the story of a sudden and powerful romance that blossoms between an adolescent boy and a summer guest at his parents' cliffside mansion on the Italian Riviera. Each is unprepared for the consequences of their attraction, when, during the restless summer weeks, unrelenting currents of obsession, fascination, and desire intensify their passion and test the charged ground between them. Recklessly, the two verge toward the one thing both fear they may never truly find again: total intimacy. It is an instant classic and one of the great love stories of our time.

Eclectic Reader
5,0 van 5 sterren “If Not Later, When?”
9 september 2017 - Gepubliceerd op Amazon.com
Geverifieerde aankoop
At a time when it appears as though most gay fiction getting published centers around Harlequin-like romances or other popular genre or appears to be meant mainly for titillation, André Aciman’s Call Me By Your Name (2007; 248 pp.) is both a notable exception and a true artistic accomplishment. The novel can be considered a coming-of-age story (a dangerously over-used subgenre in the wrong hands) as well as a love story. Set in 1988 and on the Italian Riviera, which adds to the charm and appeal of the novel, Call Me By Your Name is narrated by and tells the story of a seventeen-year-old American-Italian-Jewish youth, Elio Perlman, and his six-week, summer love affair with Oliver Ulliva, a university professor who is seven years older than Elio and who has been selected to live in Elio’s parents’ home as a guest “resident” while finishing a manuscript for publication as part of the parents’ way of aiding budding writers.

Much of the first half of Call Me By Your Name has a “stream of consciousness” feeling to it as Elio, a very precocious and intelligent but shy young man, defies his better intuitions and finds himself more and more attracted to Oliver. Oliver, in turn, appears aloof, enigmatic, or simply unresponsive to the younger man’s growingly obvious infatuation. Aciman beautifully captures the multiple emotions: doubts, worries, hopes, and despair of an apparently one-sided attraction and romance to which any reader, regardless of their sexual orientation, most likely will be able to relate. Elio’s situation and Aicman’s characters and dialogue are all very true to life. Aicman’s references to the Italian setting, its culture, and historic figures (especially artists) add color to his tale without becoming a distraction or principal focus.

By time both Elio and the reader are aware of Oliver’s true feelings toward the younger man, a new sense of urgency, an even greater feeling of sensuality and eroticism, and a more intense atmosphere of anxiety and impending doom enters the story—all of it exquisitely captured by Aciman’s exquisitely accomplished writing.

The minor characters in Call Me by Your Name are portrayed as lovingly and precisely as the two leads. Elio’s father and a younger female friend who is dying of leukemia, in particular, are given scenes of appealing tenderness and geniality. Both are people readers would like to know and embrace. Call Me By Your Name is filled with psychological insight, beauty, realism, poignancy, melancholy, regret, smiles, wonder, joy and celebration, and pathos. If it is possible for a novel to contain a genuine reflection of what it is like to be a human being, Call Me by Your Name is that novel.

The conclusion of Oliver’s six weeks with Elio and his family and the circle of friends he makes while in Italy before returning to the United States ends the way readers know it must, but it is not the conclusion of the novel. In the final chapter entitled “Ghost Spots,” Aciman benevolently gives readers further, later scenes depicting the lives of both Elio and Oliver. The scenes are like the rest of the novel: authentic and discerning with memories both sad and joyous while tinged with an aching, unforgettable bitter sweetness. Upon finishing the novel one can only conclude that Call Me By Your Name is a modern classic.
Meer lezen
334 mensen vonden dit nuttig
Vertaal recensie in het Nederlands

Jeff S.
5,0 van 5 sterren High quality
5 december 2017 - Gepubliceerd op Amazon.com
Geverifieerde aankoop
This book was over the top good. Both in substance and in style. I came to this book from a recommendation form AARP (of all places!) for the soon to come out movie. After digging around it was recommended to read the book. Now I can’t wait to see the movie! I hear the director is top notch and after reading the book, I can give the same compliment to the author. I’m confident in my chosen arena in life, but can say I’m overwhelmed by the talent of the author’s style of writing. I now want to learn more about writing, history and all things Italian.

Story line: Being an older gay man I’ve yearned for such talented writers touching on this topic. What was once considered taboo is now accepted. If the roles were reversed to “straight” characters ( like Summer of 42) it wouldn’t be considered taboo. Bravo for being brave and showing how love is love.
Meer lezen
37 mensen vonden dit nuttig
Vertaal recensie in het Nederlands

Veronica E Silber
5,0 van 5 sterren Frustrating, maddening, sexy, wonderful
9 januari 2018 - Gepubliceerd op Amazon.com
Geverifieerde aankoop
Admittedly, this book starts out almost painfully slow, with a lead-up to the romance that's near torturous when accompanied by the main character and narrator's obsessive thoughts, with the only thing keeping the reader engaged the dangling promise that these two idiots will, eventually, get together. But once it gets going, oh boy does it get going.

Let me preface my praises of this book by saying that I had a difficult, love-hate relationship with Elio (protagonist and narrator). His obsessive reading, re-reading, over-reading, over-re-reading into every little look, word, silence, and lack of look, borders on the hysterical if not out-right insane and nearly drives this book's readers (or me, at least) insane right along with him. Not to mention that it nearly breaks the taut string suspending the reader's disbelief because honestly, what teenage even speaks let alone THINKS like this? But after reaching the second act, it's quite clear that this obsessiveness is what has isolated him from his peers and why he searches to be so completely understood by someone like Oliver, who speaks his same coded language of gestures and unspoken words - even though they're often not on the same wave length.

Elio's fevered imaginings also make him an almost delightfully unreliable narrator, where something he narrates early on as fact (e.g. the cold, death-glares he'd receive from Oliver) turn out to be misguided by his prejudices and not true at all. It lends a tender, nostalgic quality to the whole thing (which is already close to bursting with nostalgia), knowing that all the events are not as they were but merely as he remembers them.

I came to realize that the story was painful to read because it was a painfully exact replica of what it is to be a teenager, and not because it was poorly written or ill-conceived. It intentionally takes its readers back to a time when your insides were on your outsides, all your feelings exposed, leaving you raw and vulnerable, so that every glance, every snide remark, especially from the person you're infatuated with, is like hot knives on your bare flesh. The reason I was so infuriated with Elio was because I was infuriated with myself, when I was a teenager, and felt and behaved the exact same way. Elio, despite his staggering intellect for a seventeen-year-old, is a profound idiot just like I was a profound idiot.

The meat of the story is the romance between our leads, slow and painful in its engineering (like a roller-coaster going up), terrifying, rocketing, elating, wonderful when it's happening (the roller-coaster plummeting), that leaves you aching, dizzy, and nauseous in its denouement (the end of the ride). You spend so much time worshiping Oliver through Elio's eyes that when he turns out to be the coward, you refuse to believe it, until you're dragged unwillingly to the book's end are slapped in the face with the reality that yes, Oliver was the coward all along.

I am confident that the movie adaptation (which I'll be watching soon) will be a perfect companion to this book, as it likely won't suffer from the book's flaws, such as being overly verbose, and its slow pacing on screen will probably feel more like sexual tension than having your nails being summarily torn from your fingers. Nonetheless, the novel contains some of the most stellar, quotable lines you'll ever encounter, and such gut-wrenching realism surrounding its heartbreak that you'll feel it as a hot knife across your raw skin.

If I could say one thing to this novel it would be: I'll die if you stop.
Meer lezen
100 mensen vonden dit nuttig
Vertaal recensie in het Nederlands

THE TEARS! My eyes are so sore. Oh wow! The book, the movie, the soundtrack, the characters and actors... unimaginably captivating. I have never cried while reading a book, but I sure did with this one. I assume it is because this story resinates with me so well that I could feel the love, friendship, hope and loss -- plus more through the storyline. Each page you turn or read is even better than the next.

If you want to read a book that will captivate you the way it has captivated numerous others (myself included), please read this book.

I want to applaud the author for this unforgettable store!
Meer lezen