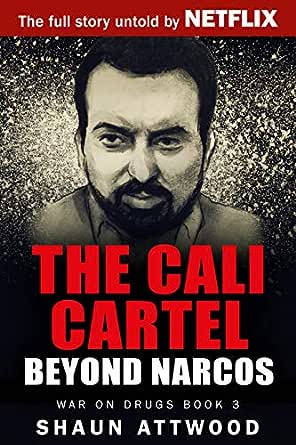 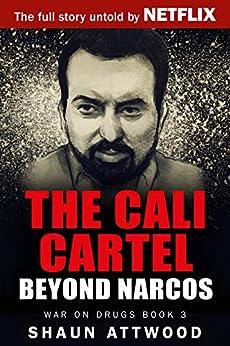 An electrifying account of the Cali Cartel beyond its portrayal on Netflix.

From the ashes of Pablo Escobar’s empire rose an even bigger and more malevolent cartel. A new breed of sophisticated mobsters became the kings of cocaine. Their leader was Gilberto Rodríguez Orejuela – known as the Chess Player due to his foresight and calculated cunning.

Gilberto and his terrifying brother, Miguel, ran a multi-billion-dollar drug empire like a corporation. They employed a politically astute brand of thuggery and spent $10 million to put a president in power. Although the godfathers from Cali preferred bribery over violence, their many loyal torturers and hit men were never idle.

Zivi
5,0 van 5 sterren Wonderful read!!
19 juli 2017 - Gepubliceerd op Amazon.com
Geverifieerde aankoop
Another of Attwood’s books that I read in one sitting! Attwood does a great job of describing the Cali cartel, who are the focus of Narcos seasons three and four. Unlike Pablo Escobar, not much has been written about the Cali cartel, and Attwood brings everything up-to-date with a fast-paced story that had me hooked from beginning to end. At the same time you get a good look at the messed up war on drugs and a really thought provoking view of how America could have actually been a lot more involved than the government wants you to think. This book actually taught me a lot of information I didn't know about Colombian traffickers, the government, Los Pepes and the DEA. I'm happy to give this book 10/10! It was better than Attwood’s Pablo book. The writing is stronger. Great job Shaun Attwood!
Meer lezen
19 mensen vonden dit nuttig
Vertaal recensie in het Nederlands

Sueman
5,0 van 5 sterren Reads like an espionage novel, yet true
28 januari 2018 - Gepubliceerd op Amazon.com
Geverifieerde aankoop
Excellent book, as exciting and stressful as the best of espionage novels, but true. It helps that I watched 3 seasons of Narcos, so I could keep the characters straight and visualize who was doing what to whom. I particularly enjoyed the descriptiion of the escape from the helicopter crash. The amount of control the Cartel had over information, politicians and police bought off, phones tapped, the whole country apparently on their payroll, never fails to amaze. The brutality with which the Cartel punishes disloyalty is chilling, extending to women, children, mothers. Familiy members of the Cartel lead a life of constantly looking over their shoulders and never knowing if their men will come home, whether because they are dead, or just moving in with one of their other wives. Many of these narcos were on CIA payroll because they were thought to oppose Communists, and that was sufficient for US taxpayer money to be spent arming and supporting drug traffickers.
Meer lezen
4 mensen vonden dit nuttig
Vertaal recensie in het Nederlands

Miguel Escobar received word that Juan Pablo Escobar (17, son/brother) had been shot/killed by police at the Medellín’s Obelisco shopping centre.
10/7/1992, Not knowing his fate, Roberto Escobar (son/brother) turned himself into law enforcement. He had escaped from the Cathedral prison.
Roberto was transferred to the maximum-security Itagüí prison.
A Los Pepes cartel lawyer brought him a TV & a mobile phone.
Several attempts on Juan Pablo Escobar life had been made, & he never fully recovered from his serious injuries.
Carlos Castaño (Los Pepes godfather), the Medellín Cartel godfather, the Moncada Cartel godfather, & the Galeano Cartel godfather, held a meeting with Maria Victoria Escobar (wife/mother) to discuss her & the other family members future.
Miguel & Gilberto were caught by federal authorities planning a 1-ton shipment of cocaine.
In 1991, President Bill Clinton’s US Operation Cornerstone had begun.
Will the drug bust operation be successful & PPL brought to justice?

Warning: This book contains extremely graphic adult content, violence, or expletive language &/or uncensored sexually explicit material which is only suitable for mature readers. It may be offensive or have potential adverse psychological effects on the reader.

I did not receive any type of compensation for reading & reviewing this book. While I receive free books from publishers & authors, I am under no obligation to write a positive review. Only an honest one.

A very awesome book cover, great font & writing style. Wow, a very well written drug cartel thriller book. It was very easy for me to read/follow from start/finish & never a dull moment. There were no grammar/typo errors, nor any repetitive or out of line sequence sentences. Lots of exciting scenarios, with several twists/turns & a great set of unique characters to keep track of. This could also make another great thriller movie, or better yet a mini TV series. There is no doubt in my mind this is a very easy rating of 5 stars.

beachhawk
5,0 van 5 sterren Very interesting.
15 maart 2018 - Gepubliceerd op Amazon.com
Geverifieerde aankoop
This is a very informative book for anyone with an interest in the Cali Cartel or international drug trafficking. The author believes that the DEA, CIA and George W. Bush were in cahoots with the Cali Cartel and earlier with Pablo Escobar to raise money for anti-guerilla activities. However, he confines those opinions to last two chapters of the book. The rest of the book is a straight forward, carefully researched history of the Cali Cartel, devoid of bias and opinion.
Meer lezen
2 mensen vonden dit nuttig
Vertaal recensie in het Nederlands

eric
5,0 van 5 sterren Excellent even exceptional series
4 november 2017 - Gepubliceerd op Amazon.com
Geverifieerde aankoop
Shaun Attwood writes from a British perspective about the war on drugs. There is a lot here that you will not see from US writers. If you want to know what the war on drugs entails and why it doesn't work ...this trilogy is a very good place to start.
Meer lezen
4 mensen vonden dit nuttig
Vertaal recensie in het Nederlands
Ga naar Amazon.com om alle 59 recensies te bekijken 4,3 van 5 sterren
Terug naar boven
Over ons
Verkoop bij ons
We helpen je graag
© 1996-2020, Amazon.com, Inc. en dochterondernemingen