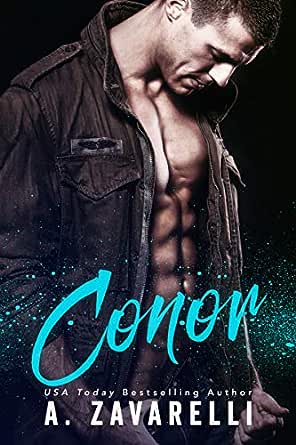 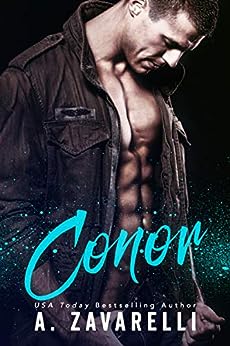 When I stumbled into a mafia-run club seeking a job, I was looking for protection.

Little did I know I’d need protection from him.

Conor O’ Callahan was exactly the kind of danger I was trying to avoid. He was gorgeous as sin with an accent hotter than Hades, but that’s where the charm ended. He was also cynical, cold, and downright cranky.

So, you could imagine my surprise when he gave me a proposition. Marry him or lose my life.

Desperate times call for desperate measures. I’ve learned to do what’s necessary to survive in this world, and that includes marrying a mobster. Regardless of what he might say, it’s only temporary.

It’s not like I’m going to fall for him.

Because that would be stupid, right?


This is a full-length standalone novel full of hot Irish mobsters and dark content. Please read at your own discretion.

The Boston Underworld Series consists of six full-length standalones that can be read in any order. There is character crossover, so if you prefer to read in order, the series order is as follows:

Baseballmom
3,0 van 5 sterren 3.5 stars..... I liked it but
1 januari 2019 - Gepubliceerd op Amazon.com
Geverifieerde aankoop
This author is pretty much an auto buy me. I've read and loved all of the BOSTON UNDERWORLD series. This one, however, fell just a little flat for me. I think my biggest problem was that it was a novella. Their relationship progressed so quickly that it felt like Insta everything. I would have liked for them to have a full length novel with more character development and their relationship unfold more organically. That said, it was a novella and by design things need to happen quickly. While I didn't love it, I didn't hate it either and will continue to gobble up everything AZ writes. Give it a try you might like it.
Meer lezen
10 mensen vonden dit nuttig
Vertaal recensie in het Nederlands

erinaf
4,0 van 5 sterren Solid Boston mafia romance
5 januari 2019 - Gepubliceerd op Amazon.com
Geverifieerde aankoop
This was a shorter read compared to the other books in the series, but I still mostly enjoyed it. If you haven't read any of the previous installments, you don't need to as it would do well enough as a stand alone, but I would recommend it as it gives a lot of background to the Irish faction like the members and the setting. Ivy is a down on her luck young woman who has been hanging around Slainte on the hopes of Crow hiring her as a stripper. She has spent a year as a prisoner of a local Locos gang member who was killed by Crow's crew while Ivy was in the room. While she didn't see anything, this puts her on Crow's watchlist. She hopes that by scoring a job at Slainte, the Locos crew, who is looking for her, will give her a wide berth, keeping her safe for the short term until she can save enough money to get her and her son out of dodge. Unbeknownst to her, Crow knows who she is and sets Conor on her to keep watch. Conor assumes she is a druggie due to her diminished physique, but once he sees she's on the street and struggling, he develops a soft spot for her and offers to marry her in order to keep her safe.

This book was written similarly to its predecessors, so if you liked them, you should enjoy this story as well. There was a bit of action thrown in, as to be expected due to Ivy's history, but it was a little condensed due to the shorter nature of the book. I found it was still long enough to get to know the main characters. I liked Ivy. She had a good mix of frailty and courage. She wasn't looking for a handout and was just trying to get by. Conor came into his own in this story. In previous books, he gave me the impression of being a bit of a peon and really young. This was still kind of the case here, but his character was much stronger and independent. It was good to get a bit of background on him. Hhe had some of the typical alpha characteristics while remaining likeable. The Irish dialogue was entertaining.

There were a couple of parts in the plot where hints were dropped casually enough that you knew they'd come to play later in the book and they did. I took a star off for a few reasons, even though I liked the story. Firstly, there was some repetition in the book regarding the underworld theme. Words like mafia, killer, mobster, etc. were thrown in regularly enough that it was laid on a bit thick - it's an underworld book, mentioning the above only a couple times is enough, but it was brought up a bit, especially by Ivy, e.g. I'm marrying a mobster/killer. Secondly, as someone who really loved the former books, I would have hoped the characters from them would feature a bit more heavily and with substance. Crow, Reaper, Rory, Mac and Alexei (briefly) pop up here and there, but only superficially. I fell in love with some of the couples from this series so I really wanted more, especially the partners and their relationship with their mobsters. This was just a personal gripe. Lastly, while I understand that there needs to be a bit of action, the end chapters were over the top. I won't go into detail here as I don't want to spoil anything, but a couple of things are implausible and then everything that could happen does happen to the point that it became ridiculous.

Overall, it was still a good read. Just a couple of little things held it back from being a great read. I'll still continue to look forward to any future books in the series.

KayDee, Alpha Omega &amp; In Between Blog
5,0 van 5 sterren Best Mafia Series Ever
27 december 2018 - Gepubliceerd op Amazon.com
Geverifieerde aankoop
Ashleigh Zavarelli is arguably one of the best mafia romance writers of this generation. I haven’t read a bad book of hers and I am steadily going through her past books now that I have discovered her. Conor, the latest bebtry in her Boston Underworld series, is another prime example of how good of a writer Ashleigh really is.

Conor follows the story of Ivy and, you know it, Conor O’ Callahan. Conor is one of Lachlan Crow’s most trusted soldiers and he didn’t think anything could make him betray the brotherhood... until Ivy.

I absolutely fell in love with this book. It had all the elements that I adore - the danger, super alpha hero with a soft spot for the heroine, the feels that stay and make you reread the book. A Zavarelli will forever be one of my fave authors.

Missy Starr
5,0 van 5 sterren Conor <3 <3 <3
5 januari 2019 - Gepubliceerd op Amazon.com
Geverifieerde aankoop
I absolutely love this series and I was so excited to hear Conor was getting his own story! His character has always been such an endearing one and I really enjoyed getting to know him better and after getting to know a little bit about his history, a happy ending is something Conor definitely deserves! And even though his relationship with Ivy starts out in a non traditional way, it truly grows into something deep, real and genuine.

In getting to know Conor and how he came to join the brotherhood, we start to understand him a lot more. He's loyal for so many reasons but in large part because he feels he has to prove himself and his worth to the brotherhood and when Crow asks him to look into Ivy, he follows orders, no problem. He is after all loyal to a fault. That is, until he realizes that his attraction to her is a big problem. One he's not sure he can get past. Even after his initial disdain towards her, he feels an attraction towards her. And then when he discovers the life she's had to live and the sacrifices she's had to make for her son Archer, Conor does the only thing he can think of in order to save her... he marries her. But will that disloyalty to Crow and the Irish syndicate save him or destroy him in the end? As emotions mount and complications arise, there's a lot that can happen. Especially since being a mother and taking care of her son is Ivy's top priority.
I loved Ivy and her dedication to being a mother. She sacrificed so much to do whatever she needed to for her son and her love for him shined through in this story. But it's obvious that she still can't help but doubt herself and the choices she's made that lead to this life they're living, Conor is after all the type of guy she shouldn't be with -

"He’s mafia. A killer. I couldn’t pick a worse guy for me out of a lineup. But I can’t deny that the longer I’m around him, the more he draws me into his orbit. It’s an impossible want. The moon might as well be chasing the sun."

As the story progresses their feelings evolve more and more.
And Conor with Archer...oh my heart! He was so good to the little wee one! The love he so freely gave was really touching. Even Ivy felt the connection between them

"I feel like I’m going insane, and the worst part is, I want this. I want this so badly I can taste it. I want Archer to have this strong, enigmatic man in his life. To guide him, protect him, shelter him. But most of all, to love him."

I could tell just from reading the pages that even if Ivy never loved him back, Conor would take care of them always and that just made me fall more and more for him.

"In this space between darkness and dawn, I have a clarity I’ve never felt before. A purpose in life that is so much more than my brotherhood, or proving myself, or anything else that ever seemed important before. My whole life is in this room."

This series is an all time favorite of mine, I love the brotherhoods acceptance, honor and love for everyone in their "family" and they may be a little rough around the edges, but they love fiercely and loyally. This book is a definite recommend from me.