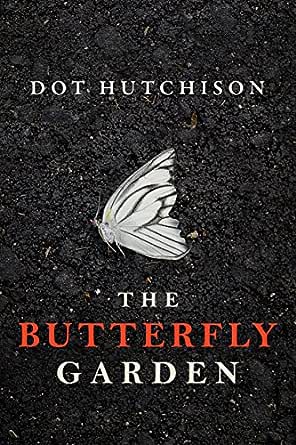 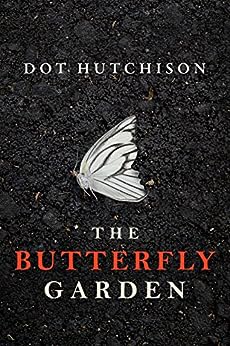 Dot Hutchison is the author of A Wounded Name, a young adult novel based on Shakespeare's Hamlet, and the adult thriller The Butterfly Garden. With past experience working at a Boy Scout camp, a craft store, a bookstore, and the Renaissance Faire (as a human combat chess piece), Hutchison prides herself on remaining delightfully in tune with her inner young adult. She loves thunderstorms, mythology, history, and movies that can and should be watched on repeat. For more information on her current projects, visit www.dothutchison.com or check her out on Tumblr (www.dothutchison.tumblr.com), Twitter (@DotHutchison), or Facebook (www.facebook.com/DotHutchison). --Deze tekst verwijst naar de paperback editie.

Part Four: Small Things that Threw Salt in the Wound
Where was the zoning board when this beyond enormous greenhouse was being built? The HOA won’t let me have an iron-wrought fence, but this guy can build a cage the size of Six Flags in his back yard? Please…
Since I bought a digital copy, I won’t be able to burn this book for warmth during an apocalypse.
The Gardner kidnaps and tattoos girls with dark skin. Color tattoos don’t show up well on dark skin! Why would someone obsessed with butterfly tattoos choose girls with skin tones that wouldn’t show the tattoos? I understand that this is probably for diversity, and as a dark-skinned woman, I am all about that, but not when it is incongruent with the story. My feelings aren’t hurt when there aren’t any black people in 17th century British dramas, and it would not have hurt my feelings here either.

Greg A.
1,0 van 5 sterren Terribad, will actually make you slightly less intelligent with every page you attempt to believe
12 maart 2017 - Gepubliceerd op Amazon.com
Geverifieerde aankoop
I shall endeavor to avoid spoilers, but be warned there are references to the many reasons this book sucks with an intensity rarely found outside of industrial strength vacuum cleaners.

My wife read this book in old fashioned paper, suggested I read it and then promptly lent it to a neighbor lady who liked it and in turn lent it to her mother, from whence it has never returned, so I bought it again for the kindle and read it. My assumption was that it couldn't be entirely awful if three women in a row enjoyed it. I have since learned to regret this tragic decision, though I will admit the book wasn't without any merit at all.

So, I'll start with the good stuff here: the author paints some interesting characters and has a very readable voice to her writing. I feel like, if she had an editor with a basic understanding of logic who could guide and correct her, I could maybe really like something she wrote.

Now that we've gotten that out of the way, let us move on to the bad and the ugly.

Plot holes? The entire plot is a hole, and don't get me started on the twist. To those who've read this book and liked it, how did you suspend your disbelief about the garden, the gardener, and the entire idiotic, unbelievable, illogical plot? Rich dude or not, how did he have that "walls drop down at the push of button" glass prison built without arousing suspicion? What would you tell the contractors? I need a barracks style prison, with rooms for 20 - 25 girls, all with glass walls, but also opaque sound proof walls that can be lowered at the press of a button. Why do I need that? It's for, uh, when I have guests visiting, uh, special guests who don't like privacy and would prefer to be unable to leave. Why the sound proofing? Well, they get pretty loud when they party. Contractors: "oh, okay, that makes perfect sense".

That's just one of a thousand holes you could drop the entire planet Earth through in this savagely stupid novel. Want another example? How about this, in what idiotic universe can one man overpower a group of over twenty unrestrained women? Why didn't the moronic horde of women just swarm the one guy between them and freedom? With an average age in the group landing somewhere in their late teens, we're talking over twenty basically adult-sized women, and they can't figure out to group up on the one man holding them?

The first thousand plot holes are nothing in comparison to the final brain-mauling monster that is absurdly stupid big twist at the novel's conclusion. Dear lord, I cannot explain the myriad layers of stupid contained in that twist with spoiling this book for you, but please, I beseech you in effort to save a few hours of your life--don't read this book.

There are other minor annoyances, but compared to the outrageously illogical plot they're barely worth mentioning. The author seems to have a fixation on unusual names, which doesn't match reality well (in reality names uncommon names are, well, uncommon--look at the census data).

ShereKhan0074
1,0 van 5 sterren Revolting and twisted story
22 juni 2018 - Gepubliceerd op Amazon.com
Geverifieerde aankoop
A revolting story about assault, rape, and torture of girls as young as 12, who are all described as being exceptionally beautiful with idealized bodies. It's all too easy to imagine sick individuals intentionally reading this book specifically for that content. No author should ever tackle such subjects in such a glorified and shallow way as Dot Hutchison does. I read to the end, increasingly horrified but anticipating a conclusion that would make sense of the author's choices. The final pages were a complete let-down and I felt sick to my stomach for both having spent money and time on this.
Meer lezen
107 mensen vonden dit nuttig
Vertaal recensie in het Nederlands