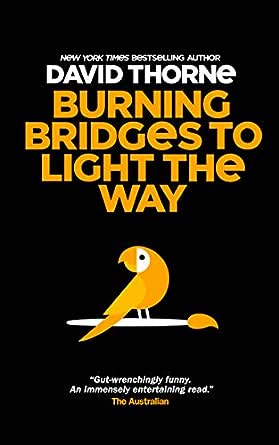 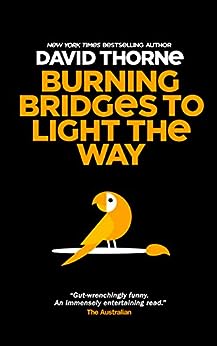 Richard S
5,0 van 5 sterren Excellent writing
12 mei 2020 - Gepubliceerd op Amazon.com
Geverifieerde aankoop
Missing Missy is, to this day, the funniest thing I've ever read on the internet. While revisiting it, I saw a link to this book. After reading it, I felt compelled to leave a positive review.

It's really hard to make written comedy funny. Without intonation, facial expressions, or other forms of aid, you really have to know what you're doing. David Thorne knows what he's doing.

However, the main thing which I've failed to see people comment on here is that the writing is simply fantastic. After reading the first few pages of expletives and jokes about intimate body parts (and creative ways in which to use them), you might think that the level of humor, let alone the writing, is low. That's just not the case. The way the words flow from one to the next is fantastic. The vivid descriptions and metaphorical language is on point. Hell, the character development is superb. Yes, character development. Attention was paid to the small details, like the minutiae of 1st person POV (whether it should be narrated as if David had already experienced it or narrated as if he were describing his thoughts in the moment) or how a detail from one scene relates to a scene many chapters later.

If there's one complaint I have, it's that occasionally in dialogue (or email correspondence) the other characters sound like David. That happens fairly rarely though. For the vast majority of the writing, the characters have their own voices and personalities.

This was a pleasure to read, and I look forward to enjoying David Thorne's back catalog.
Meer lezen
Een iemand vond dit nuttig
Vertaal recensie in het Nederlands

Amazon Customer
4,0 van 5 sterren If you like other books by David Thorne....
2 april 2020 - Gepubliceerd op Amazon.com
Geverifieerde aankoop
Note: I’m a lifelong customer of David. I read his first book almost a decade ago and have read every release since. So, bear in mind my review is written from that perspective. This book is more of the same from David, which is fine by me. At this point you should know whether you like this guy. His humor is distinct, his cynicism delightful. He has improved as a writer of non-email stories and I found myself enjoying his more story driven ideas just as much as the brutal email exchanges. From all indications I’ll be forking over $10 a year to David as long as he’s willing to write them. Good stuff.
Meer lezen
2 mensen vonden dit nuttig
Vertaal recensie in het Nederlands

SomeoneSomewhere
3,0 van 5 sterren Dave is burning bridges by telling us stuff about people in his life
23 december 2019 - Gepubliceerd op Amazon.com
Geverifieerde aankoop
I would treat the book like a collection of short stories; some stories are funny whilst others are so-so.
By the way, I am totally disappointed that the first sentence on page 131 has a spelling mistake!! On an airplane, that page is such a great conversation starter... up until that first sentence...
Meer lezen
2 mensen vonden dit nuttig
Vertaal recensie in het Nederlands