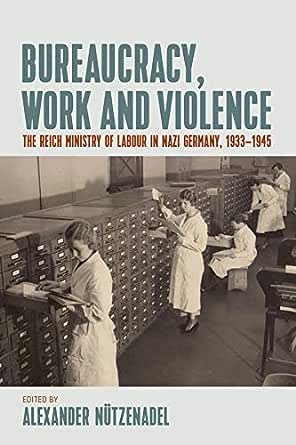 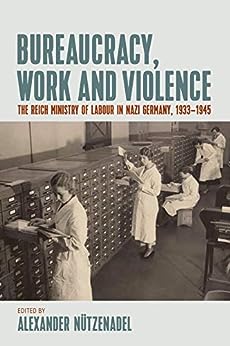 Reviews for the German Edition:

"The results of this broad archival research venture are as impressive as they are innovative, especially since--unlike the thoroughly researched topic of Nazi state social and labor policy--the Reich Ministry of Labor comes into the spotlight for the first time." - Frankfurter Allgemeine Zeitung

"One reads with interest the descriptions of institutional affairs, housing, pension insurance, labor law, and developments after 1945. The strength of the study lies in its presentation of new results based on intensive archival work by scholarly collaborators." - Süddeutsche Zeitung

Work played a central role in Nazi ideology and propaganda, and even today there remain some who still emphasize the supposedly positive aspects of the regime’s labor policies, ignoring the horrific and inhumane conditions they produced. This definitive volume provides, for the first time, a systematic study of the Reich Ministry of Labor and its implementation of National Socialist work doctrine. In detailed and illuminating chapters, contributors scrutinize political maneuvering, ministerial operations, relations between party and administration, and individual officials’ actions to reveal the surprising extent to which administrative apparatuses were involved in the Nazi regime and its crimes.