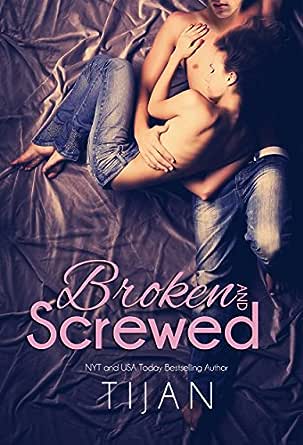 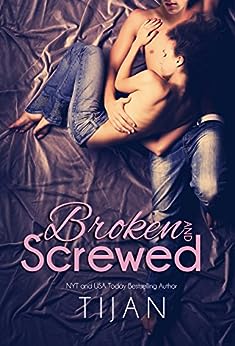 Alexandra's older brother died the night he graduated. That day changed everything for her. No longer was she the party girl. No longer did she care about being popular and no longer was her family the happy unit she always thought existed. The only person who could help her heal is the same person who loved her brother as much as she did, his best friend. She only hopes to keep her entire heart from breaking when Jesse will move on, and she knows he will. After Ethan died, Jesse excelled at basketball, partying, and girls. He used it all to turn his emotions off, but the irony was that Alex was the only person who could do that for him. She helped him forget, but she was the one person he shouldn't be with because the secrets he knows could shatter everything. They could shatter her.

This is part one, so expect a cliffhanger for an ending.

RandiB
2,0 van 5 sterren Bad writting all around
17 augustus 2018 - Gepubliceerd op Amazon.com
Geverifieerde aankoop
I made the mistake of only reading Goodreads reviews instead of Amazons, although there are a lot of 5 stars here too. Which I don't quite get.
The storyline started out well, had lots of potential. Alex lost her brother, who was best friends with Jesse. Their connection makes sense, and there is lots of angst and pain around that. But a few chapters in it goes downhill. Alex is a doormat. Her "friends" are awful, especially Marissa. Other than that the characters are flat. Time moves fast. Jesse leaves for college and for whatever reason, they see each other more when he's this hot shot college basketball player then when they went to the same high school.
The other thing is all the errors. Simple errors an editor should have caught. And the storyline isn't intriguing enough to gloss over the errors. Without any major spoilers here are a few examples: they introduce Eric, then call him Erin, then back to Eric. I had to re-read several pages to make sure I hadn't missed another new character. When Cord is introduced, he knows exactly who Alex is at the football game, he remembers her as Ethan's sister and says Marissa said he could sit we with them. Later on there is an event, and next time Cord sees Alex he's like I remember you, your street girl, cause she yelled at him in the street. Really!?! Alex runs out of her house to go find Jesse, at some point she realizes she's still in her pajama pants. Stuff happens, later she's in a daze, and her fingers couldn't undo her zipper. I went back and read 1.5 chapters to make sure I hadn't missed her running home to change at some point cause I have never seen pajama pants with a zipper. They are all 17 and able to check into a popular hotel in Las Vegas, lol, ok. Then got fake ID's while there, that's not how Vegas works. Also errors such as I turned to him and she said ... it should have been he said. This happens a lot. Another example is "I waited outside for him to come, but the door opened". What!?! Isn't the door supposed to open?
Overall, I would not recommend. And I won't be reading the second book, which kinda sucks for me because I bought the two book series, so I have the second book.

Kindle Customer
5,0 van 5 sterren So hauntingly sad
13 januari 2020 - Gepubliceerd op Amazon.com
Geverifieerde aankoop
This book hurt my heart in so many ways. I found that while I was able to relate to Alex, I had so much difficulty dealing with what her parents had done. How could they abandon her like that? How could they ignore her pain and so selfishly cut her out of their lives? You may think I'm being too judgemental, but I am not.

Our oldest son died in a very tragic drowning accident twenty years ago. He was 17, an honors student, ranked 26th out of 420 students. He was to begin his senior year of high school that coming fall. His drowning happened four days after Independence Day. We were devastated. He was good looking, charming, popular, sarcastically funny, and we loved him deeply. His 13 year old brother was with him that day and nearly drowned trying to save him. The day David drowned my heart broke. It broke because I would never get to smile at him, tell him I loved him, give him advice, tell him to watch his brother. I'd never again be able to hug him, to kiss his cheek, to tell him how proud I was of him, to watch him grow into an adult who would contribute so much. We would never see him graduate from high school, college, find his one true love, marry, have our grandchildren. We. Missed. Every. Single. Milestone.

However, we never, ever forgot his little brother. The boy who tried so hard to save him. The boy who nearly gave up his own life to do that. The quiet little boy who grew up too fast on that beautiful summer day twenty years ago. The boy who, because of what HE went through, became an incredible adult.

I wanted to die that summer. I thought about hitting a pole at a high speed with my car. But before I could act, I remembered what I would be leaving. My husband, yes, but I knew he would be all right. Stephen, would never be the same. I was the glue in our family, and if I died, the lasting effect on Stephen would have been complete. Everything he was or would have been would have been lost.

I swallowed my grief and did all that I could to insure Stephen's mental health. We found an excellent counselor who worked with him for five years....eighth grade through his senior year of high school. At first the sessions were about survivor's guilt and being an only child now instead of the brother he had been. It segued into parents, school, teachers, friends.... all the things that teens should discuss but rarely get to do. He became stronger than me. He dealt with his grief, I still struggle with mine.

I read Ryan's Bed before Broken and Screwed. In that book Tijan wrote that the grief will always be there. She's right. That was my hard pill, and it hurts that I will never be who I was before
July 8, 1999. When I finally realized that I cried. I don't like this version of me.

My takeaway after reading this book, which is so personal to me, is that my husband and I, unlike Alex's parents, did not abandon Stephen. We put him first. That's what good parents do. My heart broke for Alex. I wanted to just hug her and tell her she was enough, that she had value. If she had been my son's friend, I would have moved her to our home. No. Child. Should. Ever. Live. Feeling. Unwanted.

My thanks to Tijan for writing books that tackle the hard stuff....suicide, death of a sibling, bullying. All important, and often stuffed under the rug. I have Part 2 of this very sad but true story to read. I don't often write reviews. I wanted to write review for Ryan's Bed, but there was no link. I would have given that one five stars too. If you have yet to pick up a book by Tijan, DO IT. Her style and approach toward the hard stuff is real, and will provoke a lot of self reflection.
Meer lezen
Vertaal recensie in het Nederlands
Ga naar Amazon.com om alle 327 recensies te bekijken 4,4 van 5 sterren
Terug naar boven
Over ons
Verkoop bij ons
We helpen je graag
© 1996-2020, Amazon.com, Inc. en dochterondernemingen