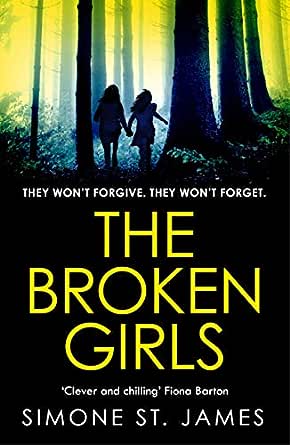 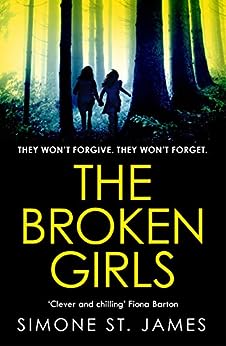 The Broken Girls: The chilling suspense thriller that will have your heart in your mouth (English Edition) Kindle-editie

'Clever and wonderfully chilling. It held me hostage' - Fiona Barton, Sunday Times-bestselling author of The Widow and The Child

'A brilliant page-turner' Jenny Quintana, author of The Missing Girl

1950 - At the crumbling Idlewild Hall school for unwanted girls, four room-mates begin to bond over dark secrets and whispered fears - until one of them mysteriously disappears . . .

2014 - Journalist Fiona Sheridan can't get over the murder of her sister twenty years ago, near the ruins of Idlewild. And when another body is found during renovations of the school, she begins to uncover horrors that were meant to remain hidden - and a voice that won't be silenced.

For fans of Lisa Jewell and S.K. Tremayne, The Broken Girls is a chilling story of murder, revenge, and secrets that refuse to stay buried . . .

'Dark and atmospheric . . . The Broken Girls shows the gothic claustrophobia of a small town haunted by more than its past' Harriet Tyce, author of Blood Orange

'Downright scary and atmospheric' - Lisa Gardner, author of Right Behind You

Michael Kleeberg
5,0 van 5 sterren Sympathy for a Ghost
19 mei 2018 - Gepubliceerd op Amazon.com
Geverifieerde aankoop
Ghost stories don't scare me. They have not since I was an adolescent. I approached this book warily, but not due to concerns about things that go bump in the night. Contemporary reality is far more disturbing than anything fiction can cook up. Thus I was glad to discover that this was more of a murder mystery than a ghost story. And it's excellent, too.

The story jumps time frames. Readers follow a quartet of girls at the Idlewild Boarding School in 1950, in Barrons, VT. Idlewild is a place of indifference and neglect, where families of means can hide away troublesome daughters. Katie, Roberta, Cece and Sonia do their best to navigate dreary daily life at the school, where the staff is downright hostile and their families could not possibly care less. One day, Sonia reveals that she has been invited home for a weekend, and she clings to a faint hope that their might be a world for her outside of Idlewild. But she neither arrives at her destinatio nor does she return, and after a perfunctory search, authorities declare her a runaway. The three friends she leaves behind do not believe the official explanation, but they are powerless.

Jumping to 2014, journalist Fiona becomes obsessed with the wilting, abandoned remains of Idlewild. Going on twenty years before, Fiona's older sister Deb was murdered and her corpse dumped on the pitted, overgrown athletic grounds. Although a suspect was arrested and convicted, Fiona is troubled by the nagging certainty that justice has not been fully served. Added to the mix is the disturbing apparition of Mary Hand, a young woman who bore a child out of wedlock in the late 1800s and is believed to have been buried with her baby by her ashamed family in a weedy, dreary plot of land that was once Idlewild's garden.

The encounters with the ghost of Mary Hand are unsettling enough, but they are wisely kept on the periphery. In their place is a page-burning mystery, as Fiona digs into the histories of four unwanted young girls to help untangle the mystery of what could have happened to Sonia. The Broken Girls manages to avoid most mystery cliches and delivers an engrossing, satisfying tale.

Amy in TX
5,0 van 5 sterren Wow, that was GREAT
7 mei 2018 - Gepubliceerd op Amazon.com
Geverifieerde aankoop
You know what I liked most about this story? The balance. There was plenty of struggle and terrible human parts, but they were always balanced with revelation, discovery, and victory. There was a great cast of characters with dignity and delight that you want to high five, hug, and invite over for tea.
I like dark and twisted stories. But this one, the evil is presented in the daylight. Meaning, it's not haunting you in the dark hours. You discover all the villains but it is packed with so much triumph that you walk away encouraged in your hope for humanity. How many psychological thrillers can you say that about?
So yeah, I liked it. GREAT read.
Meer lezen
31 mensen vonden dit nuttig
Vertaal recensie in het Nederlands

Cynthia
4,0 van 5 sterren On the fence
28 maart 2018 - Gepubliceerd op Amazon.com
Geverifieerde aankoop
I have to admit, I nearly gave up on this book after about the first third of it. I stuck with it and did actually end up liking it.

I should say ,though, that the ghost story is the weakest part of the book. If you took that aspect completely out, it would be a stronger book.
Meer lezen
30 mensen vonden dit nuttig
Vertaal recensie in het Nederlands

Karen@thebookreturnblog
5,0 van 5 sterren Love This Book
23 maart 2019 - Gepubliceerd op Amazon.com
Geverifieerde aankoop
One of my favorite book tubers highly recommended ‘The Broken Girls’. After her description of the book, I knew I had to pick it up. ‘The Broken Girls is a mix of historical fiction, mystery/thriller, and ghost story.

I thought I try a new type of review and give my top ten things I loved about ‘The Broken Girls’ by Simone St. James.

10. The creepy girls boarding school, ‘Idlewild Hall’ and it’s garden that grew nothing. The gloomiest setting I’ve ever read about.

9. The friend bond between Sonia, Katie, CeCe and Roberta. In tough circumstances girls often turn on each other but the roommates stuck together and became true friends.

8. Sonia’s back story. Sonia hasn’t recovered mentally or physically from her time in Ravensbruck consecration camp. It’s easy to forget that WWII really wasn’t that long ago.

7. The double plot twist involving the two murders. Didn’t expect either one to turn out the way it did.

6. Fiona’s relationship with her dad, close but complicated. Just like real life.

4. CeCe’s family secrets. You know that the in previous generations illegitimate children got hidden all the time. This led to very complicated family dynamics.

3. A book set in Vermont. I love a unique book setting.

2. The dual timeline between past and present (which is my favorite) and the fact the one set in the past is in the 1950’s.

DLBLex
5,0 van 5 sterren A Haunting, Riveting thriller
15 augustus 2018 - Gepubliceerd op Amazon.com
Geverifieerde aankoop
Haunting, riveting, and thrilling are just a few adjectives for this book. A fast paced thriller--Who is the woman seen by the girls of Idlewild Hall? Can their word be trusted? After all, they are misfits, troublemakers, girls that no one wants to raise as family. The past comes to meet the present, as renovation begins to create a new school for girls at Idlewild Hall. Fiona Sheridan, a reporter who has reason to remember part of the past of Idlewild Hall, looks for answers in the present. But someone doesn't want her investigating--attempts to silence her, divert her attention, and even kill her, reinforce her instincts that something isn't right and that she is looking in the right places. Will her curiosity help her find the answers and peace she seeks for herself and the girls of Idlewild Hall or will she end up dead like her sister? This is an excellent thriller. It tracks across the lives of the girls of Idlewild Hall that we meet in the beginning of the book. But Idlewild Hall had a past before it became a girls school and that past haunts it. Then comes a missing girl, never found. And a local girl found dead on the grounds. The ghost of Idlewild Hall shows each person who sees it something--good or bad. Will the renovation of Idlewild Hall reveal the answers to its past and stop the haunting? You have to read the book to find out. I do recommend this book for people who like a fast-paced, mysterious thriller.
Meer lezen
13 mensen vonden dit nuttig
Vertaal recensie in het Nederlands
Ga naar Amazon.com om alle 438 recensies te bekijken 4,6 van 5 sterren
Terug naar boven
Over ons
Verkoop bij ons
We helpen je graag
© 1996-2020, Amazon.com, Inc. en dochterondernemingen