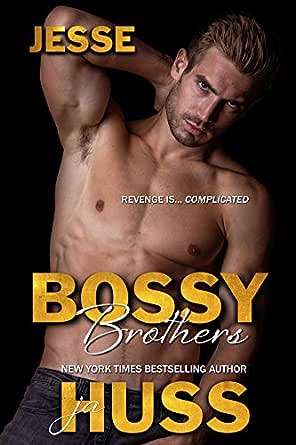 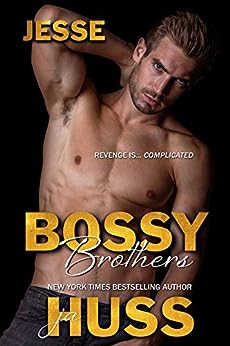 Emma is super pretty, super smart, and super rich. So WHY is she kidnapping the billionaire she just bought in the bachelor auction?

Thirteen years before Emma Dumas bought me in a bachelor auction to teach me a lesson she stole my heart down on Key West. I fell so hard for this girl I made all the promises. Only with Emma, I really meant them.

And then I disappeared.

But it wasn’t my fault. Let’s just call my reason “Family Business”. I’d tell you what that business is, but then I’d have to kill you. Just kidding. I can’t tell you what my family business is because it’s so secret, even I don’t know.

My point is… I didn’t ghost. It was a weird twist of circumstances. And OK, yes. I did hook up with pretty much every girl on the island that week. But after I met Emma, I was ruined. She’s the only one I wanted.

It’s been thirteen years. I’m a changed man. I STILL want her. I have ALWAYS wanted her.

But it’s kind of hard to tell her that with a gag in my mouth and a hood over my head.

Bossy Brothers: Jesse features a bachelor auction gone wrong, four smart ladies who botch a crazy revenge kidnapping, a fancy power dream date with fast cars, private jets, and expensive yachts, lots of ex-sex, and a happily ever after that proves… sometimes the best man for the job is a woman.

Jackie
5,0 van 5 sterren This Boston Brother Sailed Right Into My Heart!
25 juni 2019 - Gepubliceerd op Amazon.com
Geverifieerde aankoop
Are you ready to jump into another world that could be only conjured up by the creative stylings of Ms. Huss?
I know I did!

A one night stand gone bad, turned into a profitable endeavor for Emma and the other women left behind by a wealthy, smooth-talking, party boy Jesse whose is still on Emma's revenge radar 13 years, and rise to the top success later.

Jesse has been working on his party boy, image over the last five years, trying to keep a low profile until his brother Joey asks him to stand in for him at a charity auction. He grumbly does as he is asked, thinking the worst that will happen is everyone will still see him as a horrible person and not bid on him.

Yes, well he could only hope- Emma has 13 years of revenge rage built up as do her friends- let the innuendos, cage fights of wits, mastery of sensual overload, and hate to love vs. love to hate throwdowns commence!

Talk about giving my brain whiplash! Ms. Huss took the Enemies to Lover's genre twisted it into a wickedly witty, high octane heat, fabulously detailed storyline with mystery, suspense, a curiosity of other characters, all leaving me needing more- of everything!

A one sitting cover to digital cover read - Jesse Boston has taken up residence in the favorite male spot- I look forward to reading Joey's story next!
5 Waggly Stars!

This book was so easy to jump into. I was engaged with the characters from the start; no need to figure them out to warm up to them. Emma Dumas and her girl tribe are great! The girls met thirteen years ago and bonded over their spring-break one-night stands. These girls have each other’s backs no matter what the circumstance! Emma is the self-described normal/average one, but she comes off as anything but average. She’s pretty, smart, and bossy. However, her bossiness stems from self-preservation rather than a character flaw.

Jesse Boston, the billionaire who broke her heart thirteen years ago, is completely misunderstood. Yes, he played the rich party boy for much of his young adult life, but then he started flying under the radar…at least as much as his notoriety would allow. This good-looking guy with a great sense of humor and a sexy smirk cannot catch any breaks--especially in the public eye as he is commonly considered a spoiled, rich jerk.

While it is hard to imagine that a woman—let alone four women—could hang onto the hurt from an obvious spring break one-night stand, the plot premise was fun. I LOVED the chemistry between Emma and Jesse. The banter is charming and fun. Their attempts to one-up each other are ridiculous, which makes for over-the-top fun. I adored Emma’s family and the scene they were in.

Jesse’s family is a different ball game entirely. Readers are introduced to these characters, but their development is superficial (undoubtedly saved for future installments in this series). It is Jesse’s family that provides the twists and mystery. As Emma encounters the rest of the Boston family, readers are given a taste the wild ride they’re in for throughout this series to its eventual denouement.

Jesse Boston has met his match in Emma Dumas, and it is certain that she can out boss that “bossy brother”. From sweet to sexy and comical to crazy conspiracy, Bossy Brothers: Jesse is a page-turner. It’s an incredibly engaging story that left me intrigued or laughing with each unexpected turn.
Meer lezen
9 mensen vonden dit nuttig
Vertaal recensie in het Nederlands

morehumanthanhuman
1,0 van 5 sterren Do you like books about terrible people?
17 december 2019 - Gepubliceerd op Amazon.com
Geverifieerde aankoop
Emma and her friends are terrible people. We know this, because they’re the mega-rich founders of a cosmetic multi-level marketing firm (aka, a pyramid scheme). We also know it because we meet them in the midst of their plans to kidnap and terrorize Jesse Boston, the man responsible for their initial meeting. See, about twelve years earlier in a Florida bar, the four women realized they’d all slept with – and then been abandoned by – Jesse Boston. The four have held on to their grudge with impressive strength and nursed it together. When they hear that Jesse is on the block at an upcoming charity bachelor auction, they decide to win the bid for him, drug him, and then drag him to a basement to terrorize him. They spend ten million dollars to do this, which is about nine million, nine hundred thousand and ninety dollars than I would spend to get attention from a guy who disappointed me in college. I realize being rich means you don’t have to budget like a poor, but did these ladies realize what a deal therapy would have been in relation to kidnapping?

Jesse Boston is a terrible person. We know this because he did use these four women over a decade earlier, saying whatever he judged would be the quickest way into their beds. We also know it because he doesn’t care about the source of his family’s money as long as it’s flowing right into his yacht-heavy lifestyle and because when his dad ripped off his cousin’s trust fund, he thought the best solution would be to hire his cousin as his personal valet instead of working to make things right.

So terrible Emma buys terrible Jesse. If you like books where terrible people are terrible together, you can stop reading this review right here. This is probably just what you’re into. If your bar for an HEA is set slightly higher than terrible people, you might want to reconsider. Almost immediately after winning the auction, Emma realizes that Jesse doesn’t remember their night together, but he quickly shares information that makes her also realize that, while he did abandon her friends, he may not have meant to abandon her. She also finds out that he’s now sober. This doesn’t stop her from drugging his drink, an act that seems so much worse when you realize how fragile sobriety can be (she also has a moment of doubt where she realizes that kidnapping is illegal, a thought you think would have occurred sometime during the development of the plan). But Jesse’s slightly lesser terribleness and his sobriety are less important than honoring the pact she made with her pyramid scheme pals, so whatever!

Long story short, the kidnapping takes place, but is quickly abandoned by the flighty quartet. And Jesse and Emma wind up rekindling their physical relationship . . . .while he undoubtably still has roofies in his system which – YICK! I guess when you’ve already drugged and kidnapped a guy, a third crime isn’t that big of a deal. And, of course, we’re told that teenage Emma never stopped “saying no” on her initial date with Jesse, but since they were the “sweetest nos,” they went ahead and went all the way, so we’re not talking like this is a relationship where consent was ever a meaningful concept.

Unbelievably – or maybe very believably – this isn’t even the last time one of them drugs the other in the book. But before that final drugging, we get Emma and Jesse attempting to impress each other with the size of their bank accounts. And there’s a revelation about Jesse’s family that is truly out of left field that looks like it will be the main drama of the book. Presumably we’re supposed to believe that Emma and Jesse – who demonstrate no ability to care about others and not even an ability to really care for each other – will work to set the crimes of the Boston family right.

Note: I have no idea what the author think “innuendo” means, as it’s used basically any time someone moves their eyebrows. It got to where I’d wince every time I saw the word again (and even though my eyebrows were moving, it wasn’t innuendo).

Also, this book ends with a rant about reviewers. It’s an unprofessional move that really belongs on, at best, a blog post. What I found especially disturbing was how the author quoted specific lines from (presumably amateur) reviewers, a move that would make it easy for those who take Huss’ call-to-arms seriously to try to find these people. This book is currently in the top 100 in three Amazon categories, so I think it’s really inappropriate for an author with that kind of reach to try to attract attention to individual reviewers who don’t please her. Huss makes the good point that every type of book isn’t for everyone. Neither is every type of review. But the point is that reviewers are a service to fellow readers/customers, not a service to authors. Huss may say “Well, I’m writing in my capacity as a reader.” But that doesn’t make sense when the complaints in question are literally part of a book. Huss is complaining about “mean girl” reviewers in her capacity as an author . . . and that’s a bad look.
Meer lezen
7 mensen vonden dit nuttig
Vertaal recensie in het Nederlands
Ga naar Amazon.com om alle 169 recensies te bekijken 4,7 van 5 sterren
Terug naar boven
Over ons
Verkoop bij ons
We helpen je graag
© 1996-2020, Amazon.com, Inc. en dochterondernemingen