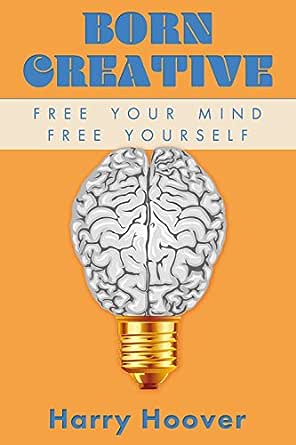 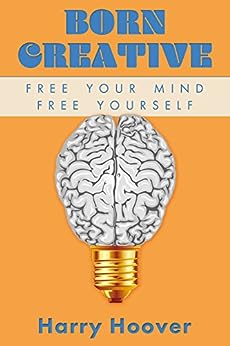 Learn The Secret To Building A Better Life

Author Harry Hoover learned these secrets while working for a creative agency, and now he shares creativity 101 with readers. Born Creative teaches you that:

Add Born Creative to your cart and start building a better life now with these creativity techniques.

So, change the creativity rules today by reading Born Creative and applying your new knowledge to build the life you desire. A happier life is just a creativity workout away!

Add Born Creative to your cart and start building a better life now!

Douglas Winslow Cooper
5,0 van 5 sterren Tap into Your Inner Creativity
2 september 2016 - Gepubliceerd op Amazon.com
Geverifieerde aankoop
Recently, I reviewed an excellent book by Scott Barry Kaufman and Carolyn Gregoire, Wired to Create: Unraveling the Mysteries of the Creative Mind, which summarized ten habits research has revealed are typical of the creative mind, habits we can cultivate in ourselves to improve our own creativity: Imaginative Play, Passion, Daydreaming, Solitude, Intuition, Openness to Experience, Mindfulness, Sensitivity, Turning Adversity into Advantage, Thinking Differently.

Harry W. Hoover’s Born Creative maintains that we all are born creative, but some of us don’t believe we are, and so we aren’t. He cites a Harvard Business Review (HBR) study that found that those who think they are not creative, are not, and those who think they are creative, are. A skeptic could conclude the respondents simply correctly summarized their past experience, but Hoover would side with invetor Henry Ford, credited with, “Whether you think you can or think you can’t, you’re right.” Ford’s implied urging toward positive thinking shares the same possible fallacy, but never mind: regardless of the degree to which we are innately creative, we can all do better, and Hoover’s little book aims to help us.

Hoover offers HBR’s five-question test to gauge our “creative mindset.” It asks yes/no questions about associational thinking, questioning, observing, idea networking, and experimenting. If you score as “not creative” don’t despair: you can change. Harry Hoover will help you. After all, some study found that although the average adult thinks up two or three alternatives for “any given situation,” the average child thinks of 60. No wonder kids find so many ways to get into trouble!

Born Creative differs from Wired to Create in assuming that we are all pretty much creative, rather than just some of us, and that we can all learn to do better.

There’s a chapter here on how to beat self-doubt. Hoover was influenced by Michael Gelb’s How to Think Like Leonardo da Vinci, and material in that book and a comment by David Norris helped him realize that his time was more precious than his income, especially when he was spending a couple of hours a day commuting. He altered his career trajectory and now works from home. It took courage to make the change.

Chapter 3, “The ‘I Am' List,” has a clever exercise: Leaving the first entry blank, write down 30 things you are good at. When all done, put as #1 “I am really creative.” Read it morning and bedtime for 10 days. You’ll feel more creative. It is auto-suggestion, success by association.

Chapter 4, “A Fish Tale,” tells of a shark that died of starvation once it mistakenly became convinced it could no longer catch the live minnows being fed it. If we think we cannot, we cannot.

Chapter 5, “How to Brainstorm,” emphasizes the need to keep pushing the group for more ideas, while shielding each participant from criticism. Crucial elements described are: proper preparation, a skilled facilitator, generating without denigrating, suspending judgment, quantity not quality to start, going beyond reason, and piggybacking one idea on another. Also, capture the ideas in writing.

Chapter 6, “Creativity Exercises,” includes visual artistry suggestions that are far from my literary/numerical bent, and then it goes into Mind mapping, a useful method of displaying ideas so as to generate new connections.

Chapter 7, “SCAMMPERR for Creativity,” uses that nine-letter acronym to suggest the following approaches: Substitute, Combine, Adapt, Magnify, Modify, Put to another use, Eliminate, Rearrange, Reverse. Hoover explains each of these with examples.

Chapter 8, “A More Creative You,” starts by citing Nobelist chemist Linus Pauling to the effect that the best way to generate a good idea is to generate a lot of ideas.

This is a well-written, helpful, and succinct ebook at a fair price.

Stutteringhand
5,0 van 5 sterren SHORT OUTLINE FOR CREATIVE THINKING
1 februari 2020 - Gepubliceerd op Amazon.com
Geverifieerde aankoop
There are a lot of ideas crammed into this little book...but I guess that is what creativity is all about. As Hoover points out when asked to come up with ideas the average adult might generate 5 or 6, a child can generate around 60.
This book helps us to get past the belief, that schools have indoctrinated us with, that there is just one right answer. The book is full of exercises and suggestions to show us that there are many more than one right answer.
The other main misconception the Mr. Hoover's book tackles is that only a few of us are born creative. Again the excercises and suggestions in this book can stimulate everyone's creativity. We are all born creative. It's the school and workplace that stifles the creative impulse in us all.
I would recommend this book to anyone who wants a short read on how to begin exercising that creative muscle we all have.
Meer lezen
Vertaal recensie in het Nederlands

Mark Tietbohl
5,0 van 5 sterren Great little book on creativity
1 juli 2016 - Gepubliceerd op Amazon.com
Geverifieerde aankoop
Born Creative: Free Your Mind, Free Yourself by Harry Hoover is just a great little book for jumpstarting creativity. It can serve as a solid reminder for those who have been exposed to some of this thinking before, and can be a great starting point for those who are new to the topic.

I personally tried the “I am” list and found the exercise to be helpful in getting over a mental hurdle I was having at the time. The sections on Combine, Substitute, Adapt, etc. are a starting point for further exploration if the topic suits your need.

This is probably a book that someone in a creative field (or anyone really) should make a point to reread on frequent occasions. It won’t take long on subsequent reads, and it might just jog a thought or two about something that you should be doing.
Meer lezen
3 mensen vonden dit nuttig
Vertaal recensie in het Nederlands

Amazon Customer
5,0 van 5 sterren I knew it!
6 november 2018 - Gepubliceerd op Amazon.com
Geverifieerde aankoop
I've been trying to get my creativity back for a few years now and I've been stomped....... I've battled overly critical people, naysayers and my own negative talk. Your book has given me another boost to keep going and not give up. I WANT MY CRAYONS BACK!!!
Meer lezen
Een iemand vond dit nuttig
Vertaal recensie in het Nederlands

Kenneth Mills, Ph.D.
5,0 van 5 sterren Inspiring
29 september 2015 - Gepubliceerd op Amazon.com
Geverifieerde aankoop
Harry Hoover has produced a book well worth the read if you are looking for tools to improve your personal or group’s creative process. He correctly insists that if we are to expand our inventive horizons, we must first believe in ourselves and in our own potential for creativity. His writing style is practical, thankfully lacking in the kind of psycho-babble often associated with other books on the subject. Hoover’s straight forward ideas combined with inspiring illustrations, come from a writer who has obviously mastered personal creativity through years of thinking and then creating. I wholeheartedly recommend the book. As the title suggests, free your mind – free yourself.