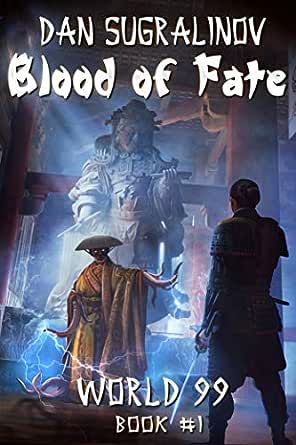 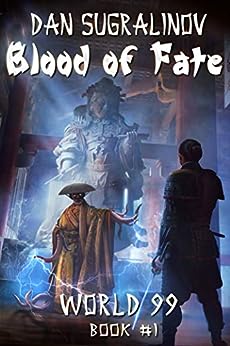 The body of young paralyzed Luca, a boy killed by cruel bullies, becomes home to an interdimensional traveler. This is the ninety-ninth world for this traveler who has spent an entire life in each of his previous worlds. And now he is out of lives, his previous misdeeds leaving him with a negative balance of points and preventing him from reincarnating anew. Once he realizes that he must spend his final life in a poverty-stricken family in a backward world, he awakens the consciousness of the deceased Luca and ends his own physical existence, leaving all his abilities to his heir.

One such ability is the use of the Wheel. Every traveler can spend points to spin the Wheel and gain a special talent, a superpower, or... a deadly illness. Luca spins the Wheel and gains the superpower of metamorphosis. Now he can regenerate, recover from deadly wounds and even take on the shape of other beings. The young man takes on the form of the Emperor: to avoid death, help his family and, finally, to bring order to the Empire!

LitRPGPodcast
4,0 van 5 sterren Light LitRPG, maybe not Wuxia, but entertaining
10 september 2019 - Gepubliceerd op Amazon.com
Geverifieerde aankoop
I enjoyed this novel and while it is light LitRPG, I’m not sure it is Wuxia which is part of the title. Nor do I recall anything like the cover art in the story or any asian influences at all in the novel.

The story starts in two parts. First, with Lucas, a boy with a severe disability who seems to live in a medieval tech civilization. He has a crappy life and can barely wheel himself around and is bullied. The second start is with an inter-dimensional traveler that reincarnates and lives lives for fun with a game-like interface that tracks his deeds, awards currency when he gains influence or does something that maintains universal balance, and grants skills and powers that can increase in power via a random wheel of fate. The traveler however, it tired of his existence, especially when he’s out of currency he needs for even one more reincarnation. Instead, he transfers this interface to the body he’s hosted in, Lucas, who gets healed of his disability and is thrust into a position where he can grow in power. Most of the novel follows Lucas, the main character (MC), as he is betrayed by those in power, gets his revenge, and grows in strength. Much of the story is about seeing just how messed up this part of the world is and how the MC, through events I won’t spoil, tries to improve things but has to constantly overcome obstacles in his path. Most obstacles are political or social in nature, but towards the end there is a little bit of fighting and action.

It’s an entertaining story, I’m just not sure it’s Wuxia, but that’s also not a genre I read regularly. As far as being LitRPG, it is. If light LitRPG. There is the inter-dimensional interface which shows earned karma points, called Tsoui, which are used to spin the wheel of fate and possibly get special powers or detriments. Those powers increase in levels as the MC uses them. Thus there is a progression system. However, there are also long stretches of the story where these powers aren’t mentioned and the MC doesn’t consciously do anything to improve, it's more automatic or situational.

Overall, I liked the story as I do all the author’s writings. The story is a bit darker than his other works, but it’s still fun to see the MC come through to overcome his challenges and all the unforeseen consequences.

larry
3,0 van 5 sterren A bit disappointed
15 september 2019 - Gepubliceerd op Amazon.com
Geverifieerde aankoop
A story that begins similar to many, a traveler reincarnated into many new worlds and bodies, finds himself in a 17 year old paralytic body on his 99th reincarnation. Having built up enough negative points with the unusual system he carries to have no chance at a future reincarnation, he gives his system and a minimal set of memories to his body's former inhabitant, now cured of his paralysis.

A nice enough start, though from that point it begins to get a bit unreal. His difficulties and choices have him ending up in a hated emperor's body. Decisions from this point include the emperor's residual memory, choices often feel a bit strange, and the story feels incomplete. Though he tries to make things better, his choices are naive and felt unrealistic.

The book's ending is an abrupt decay to a low point in the main character's life. The author, in his afterword, alludes to strange new directions that the book will take. Readers are left with few positive thoughts beyond the MC surviving and his eagerness to take care of his family.

GameLit or LitRPG? A quiet yes, meaning somewhere within those genre. The "system" is unusual, accumulating positive and negative universe balance points that aren't exactly intuitive. A lottery wheel giving good or bad skills, or nothing at all uses gained points. System interactions are sporatic - mostly log file results of passive actions.

I ended up having no real feeling for the main character, and no interest in what comes next. It will take a very interesting "reading sample" to draw me into the next book...
Meer lezen
2 mensen vonden dit nuttig
Vertaal recensie in het Nederlands

Jon Svenson
5,0 van 5 sterren Great fun, even if it's not a Wuxia/Xiansia novel
10 september 2019 - Gepubliceerd op Amazon.com
Geverifieerde aankoop
I've been hooked on Dan Sugraliniov's work since reading the first Level Up series. This book, while different, continues his upward trend as he expands the universe and adds new characters.

Let me start by saying that this isn't Wuxia/Xiansia, at least not as I understand it. Don't let that get in the way. It's a fun book that takes you on a slice of life journey as the MC tries to turn an empire around, facing assassinations and rebellion along the way. Of course, there is a broader world story that is only hinted at in book 1, but I think will become much more prominent in book 2 and beyond.

The notifications are light and aren't really stat based. I don't want to spoil anything, but this is probably closer to gamelit than LitRPG. Again, just as I said about the Wuxia portion above: don't let that dissuade you from reading.

I don't have any complaints, but there are a few issues in such a broad novel. The sexual attraction disease gets lost for a while and only comes back at the very end. Luca goes headlong into danger numerous times, which I found believable for the thieves guild but unbelievable if not arrogant at the end.

All in all, I thoroughly enjoyed book 1. I can't wait to see what happens to the Racant's and Anthony in book 2.

Kindle Customer
5,0 van 5 sterren Loved this one
9 september 2019 - Gepubliceerd op Amazon.com
Geverifieerde aankoop
One of the very rare cases where a book takes precedence over work and other matters. Finished it in one go. I'll pre-order the next and all books by the author.
Meer lezen
Een iemand vond dit nuttig
Vertaal recensie in het Nederlands